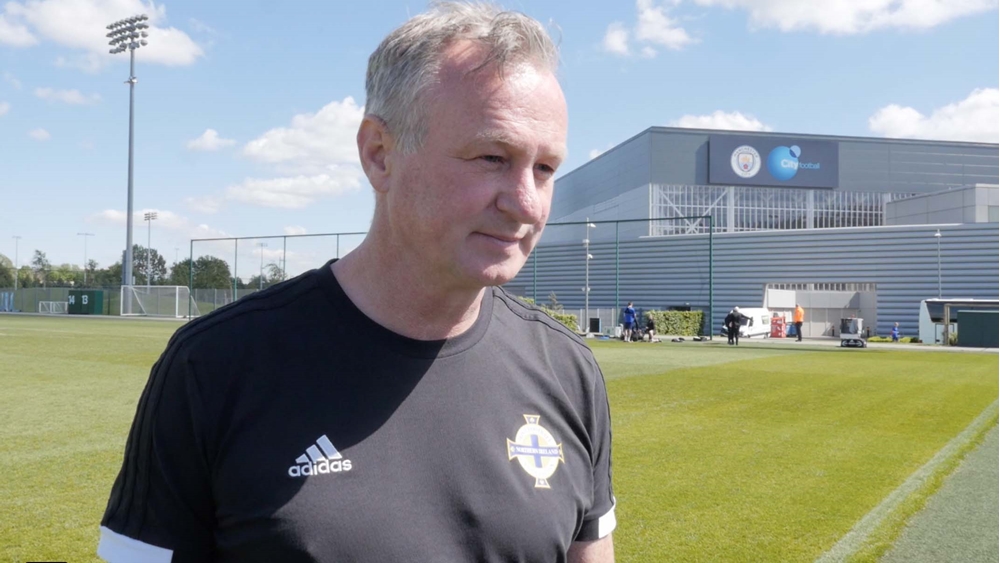 Northern Ireland senior men's team manager Michael O'Neill provided us with an update on this week's training camp in England as he prepares the squad for next month's UEFA EURO 2020 qualifiers against Estonia and Belarus.

A number of players are taking part in the first of two training camps in Manchester as they build up to June's games in Tallinn and Borisov.

O'Neill discusses the inclusion of Under-21 international Mark Sykes to the training group panel as well as the return of goalkeeper Trevor Carson.

Click on the image above to launch the video.