Powerchair football: Invitational tri-nation tournament is a taste of things to come for Alan Crooks’s squad 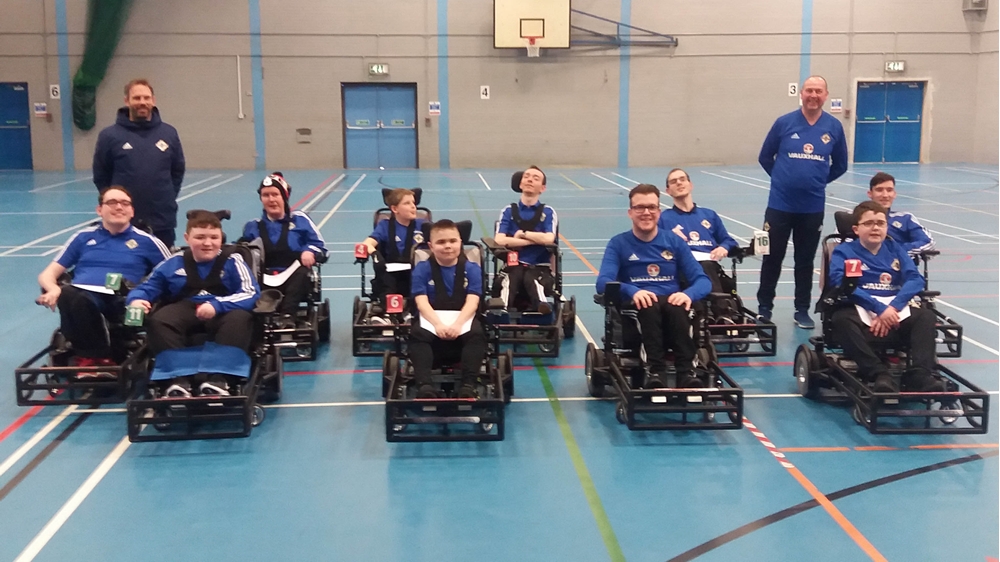 Northern Ireland’s Powerchair squad will warm up for their first appearance at the European championships with games closer to home this weekend.

A six-strong panel has been chosen to compete at the European Powerchair Football Association Nations Cup, the sport’s equivalent of the Euros, in Finland from 21 to 27 May.

And the six players will be in action at the Blair Mayne Leisure Centre in Newtownards on Saturday (11 May) where they will be up against Scotland and the Republic of Ireland in an invitational tri-nation tournament.

The tournament will act as a warm-up for both Northern Ireland and the Republic before they head to the Nations Cup at Pajulahti Sports Institute in Nastola.

Joining the two sides in Finland will be Austria, Denmark, England, Finland, France and Switzerland. And the teams finishing in the top five positions will in turn secure a place at the 2021 Federation Internationale de Powerchair Football (PFIPA) World Cup in Sydney, Australia.

Powerchair football, a four-a-side game which was first played here in 2010 at the Valley Leisure Centre in Newtownabbey, is currently developing steadily in Northern Ireland. There are four clubs - Belfast Trailblazers, Lisburn Lightning, Devenish Warriors (Enniskillen) and Hotwheels (Dungannon) - with more than 30 players registered, all playing in specialist powerchairs. The teams compete in an all-Ireland league.

Crooks has chosen Belfast Trailblazers players Patrick Cumisky, Carl McVeigh, Sean McKinney and Scott Hilland along with Lisburn Lightning duo Jamie Rogan and Jason Browning to make the trip to Finland. And all six will be in action for Northern Ireland in Newtownards on Saturday.