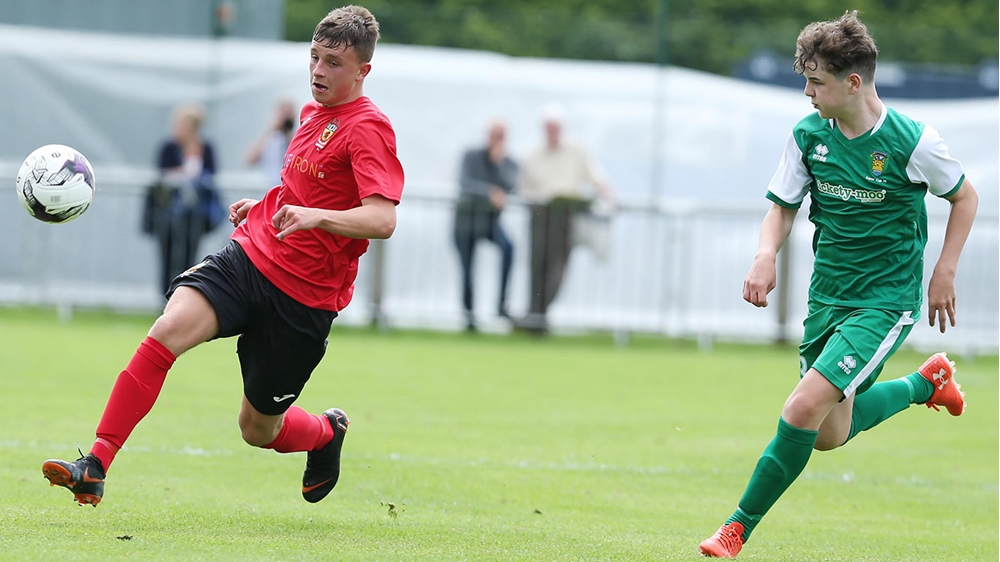 The game, staged at Queen Ethelburga's College in Yorkearlier this week, was watched by Northern Ireland boss Michael O’Neill.

And the international manager will no doubt have been impressed by the exhilarating football produced by Declan Devine’s side.

Dale Taylor helped himself to two goals as the U16s largely controlled the game throughout.

“It was a fantastic result and a very good performance,” Devine said afterwards.