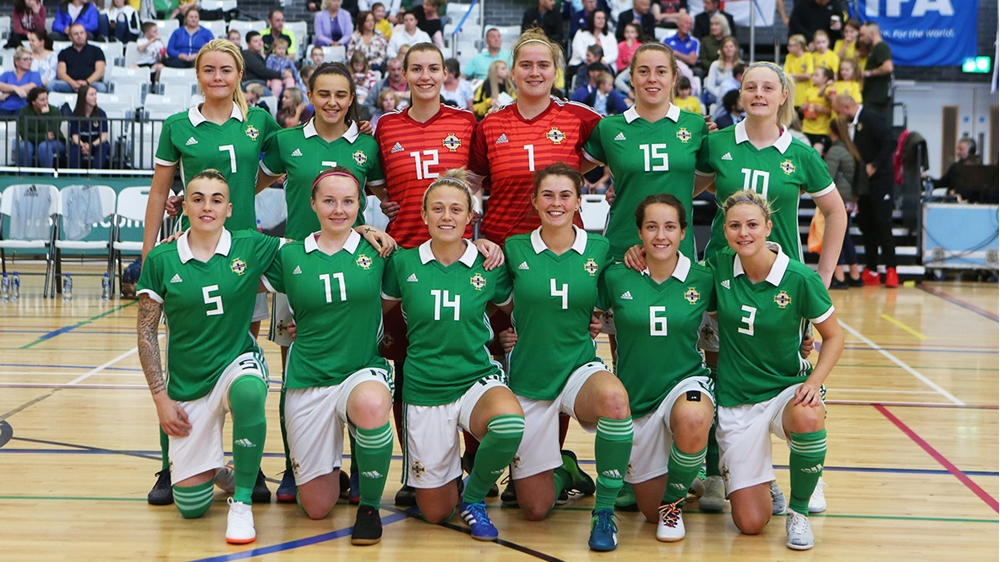 A determined Northern Ireland suffered a narrow 4-2 loss to the Netherlands in the final match of the UEFA Women’s Futsal Euros in Newry.

Keith Gibson’s side didn’t start well as their opponents got off to a flyer finding the back of the net after just one minute through Jessie Prijs. Netherlands added to their lead six minutes later through a Milenca Van Ee goal following a misplaced pass in the Northern Ireland defence.

Northern Ireland showed their determination and were back in the game after 11 minutes as Nadene Caldwell pulled one back for her side following a cleverly worked corner. Heather Mearns played the ball to the feet of Beth McKay in the area who flicked the ball into the path of the skipper who finished low past the Dutch keeper.

Keith Gibson’s side were unlucky not to be level on half time as a low near-post effort from Louise McFrederick was denied by the frame of the goal.

The second half started brightly with chances at either end. McFrederick and Olivia Brown looked dangerous in attack while Alice Harkness pulled off some fantastic saves at the other end, as she has done throughout the qualifiers.

Netherlands restored their two goal lead nine minutes into the second half as Van Ee got her name on the scoresheet again following a strong run into the Northern Ireland half and low finish past Harkness. They then put the game to bed six minutes from time through an Arte Brueren goal.

Gibson’s side battled right to their end showing the competitive spirit they have all week. With three minutes to go McFrederick finally got the goal she deserved, but it unfortunately only proved to be a consolation. Following a great passing move in the final third, she followed in at the back post to score from close range.

That proved to be the final chance of the match as Netherlands controlled the final few minutes to ensure their victory.

Earlier in the day Sweden beat Belgium 8-3 to confirm their top spot in the group with three wins out from three. 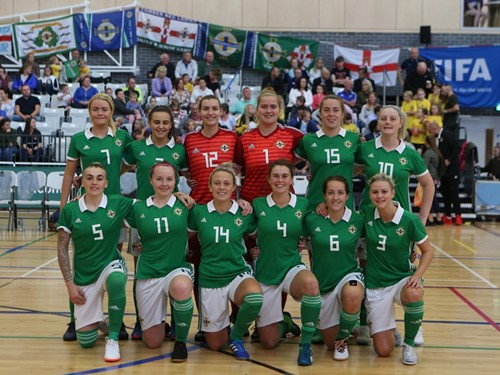 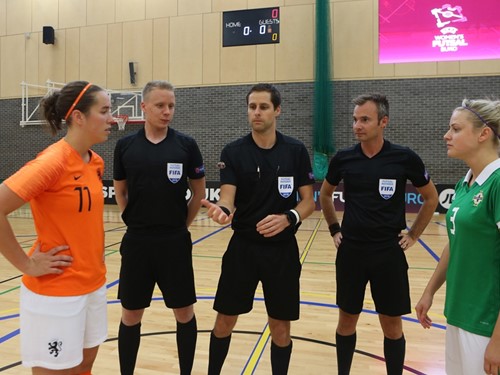 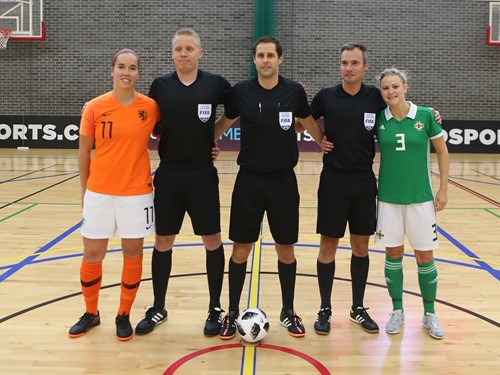 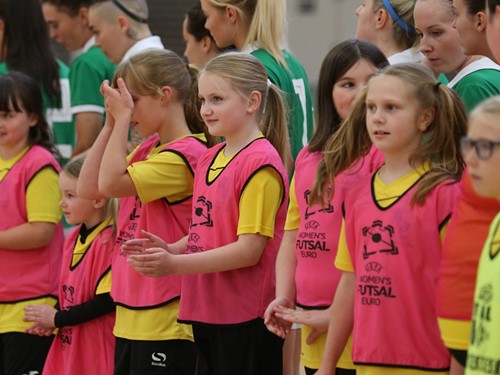 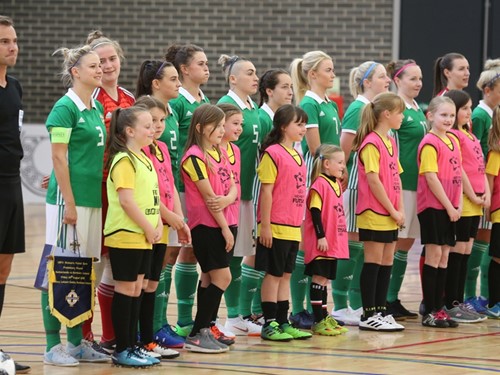 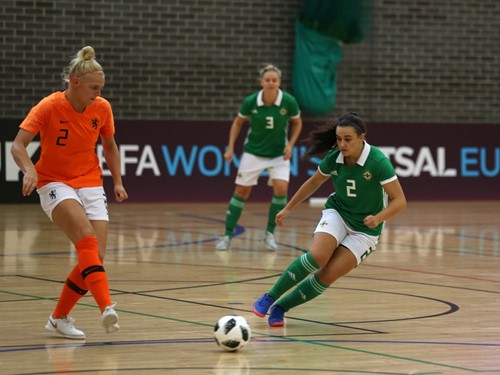 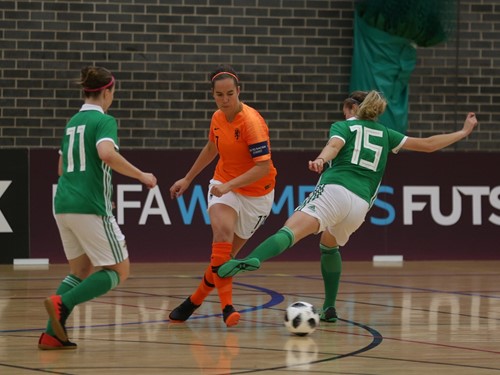 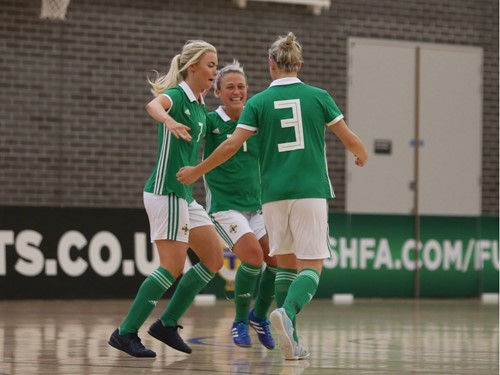 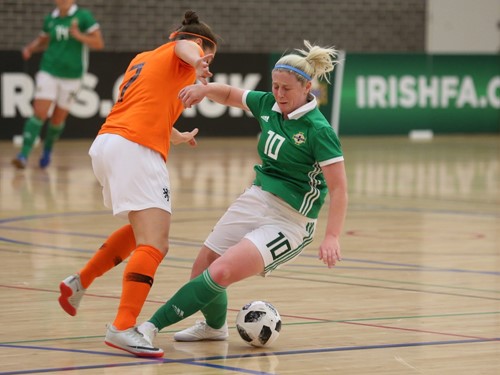 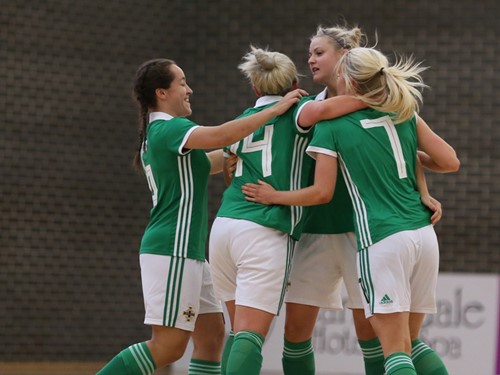 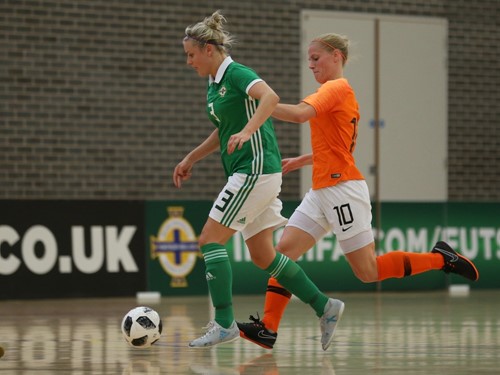 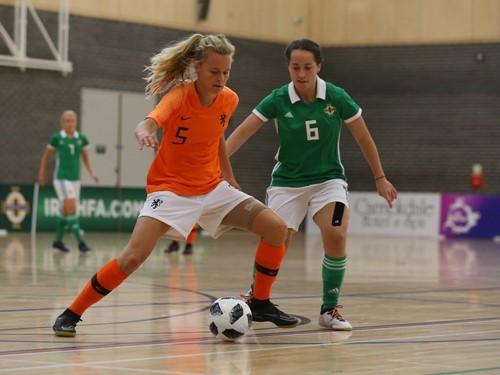 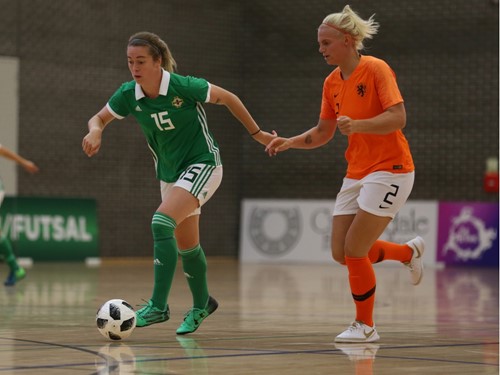 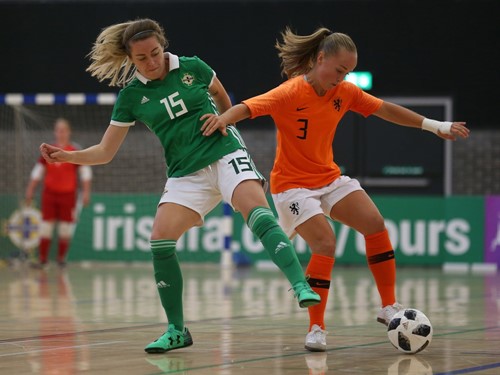 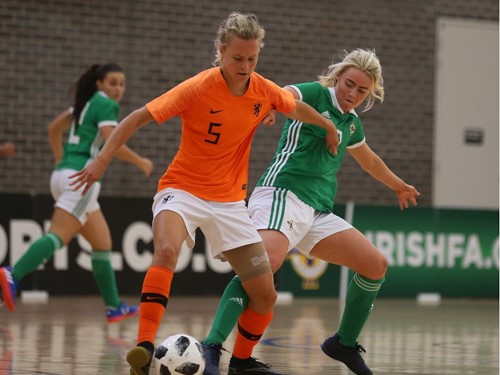 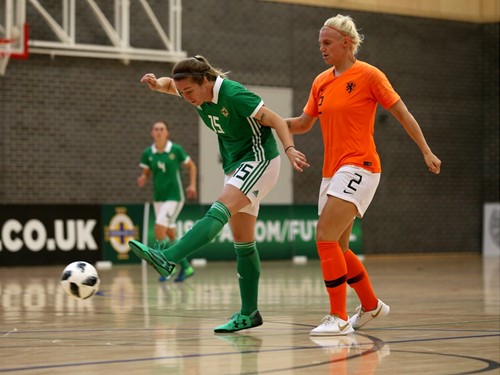 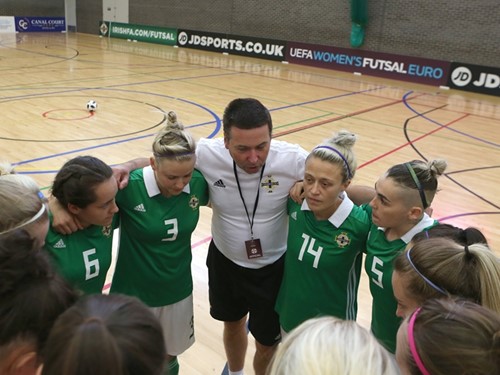