Manager Gibson looking forward to an exciting week of futsal 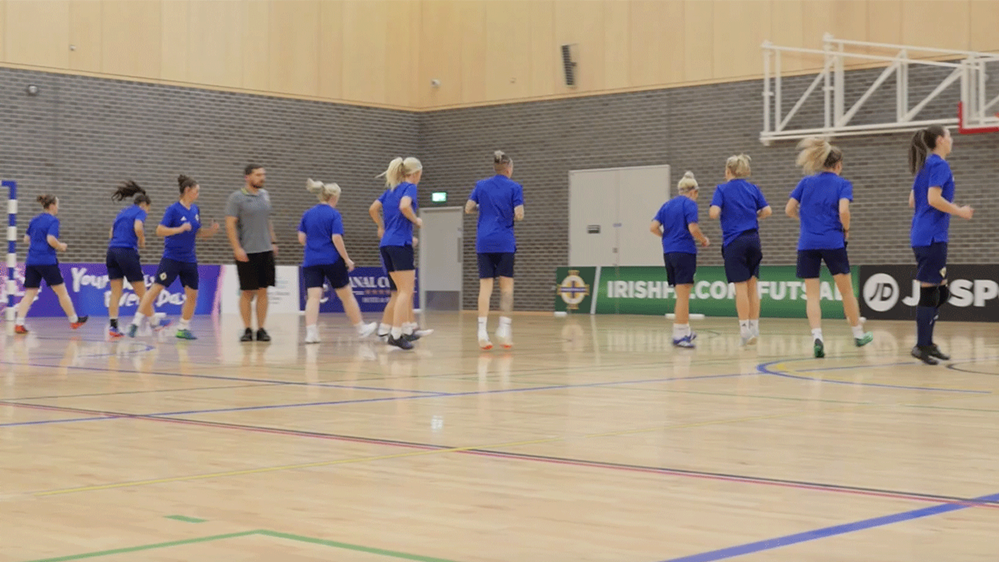 Northern Ireland will be taking on Netherlands, Belgium and Sweden at Newry Leisure Centre in a preliminary qualifying round for the inaugural UEFA Women’s Futsal Euros.

Manager Keith Gibson is looking forward to an exciting week of futsal as his side take on some of the best in Europe.

He said: "It's a very exciting week for us. We've been looking forward to it since last November when we entered and started to put our squad together. We've got a fantastic draw and it's going to be an exciting week of futsal.

"It's a fast game with lots of goals and lots of big tackles. It's everything that the Northern Ireland football public like to see so we'd love to see the GAWA here in force to watch."

The first game in Group A of the preliminary round will see Netherlands take on Sweden at Newry Leisure Centre tomorrow (21 August) at 3pm, followed by Northern Ireland v Belgium at 7pm.

On Wednesday Belgium will play the Dutch at 3pm and the girls in green will face Sweden at 7pm.

The third and final day of competition is on Friday (24 August) when Sweden take on the Belgians at 3pm and Northern Ireland face Netherlands at 7pm. There is free admission to all games.

The matches in the preliminary round will be the Northern Ireland senior women’s team’s first ever international matches. The squad, formed only recently, have played several times against club sides - mainly men’s teams - to date but not against international opposition.

A total of 23 nations have entered the competition which will culminate in a four-team knockout final tournament next February.

If Northern Ireland do progress from Group A in the preliminary round they would then face Russia, Slovenia and Croatia in the main round (Group 2) from 11-16 September with a place in the finals up for grabs.