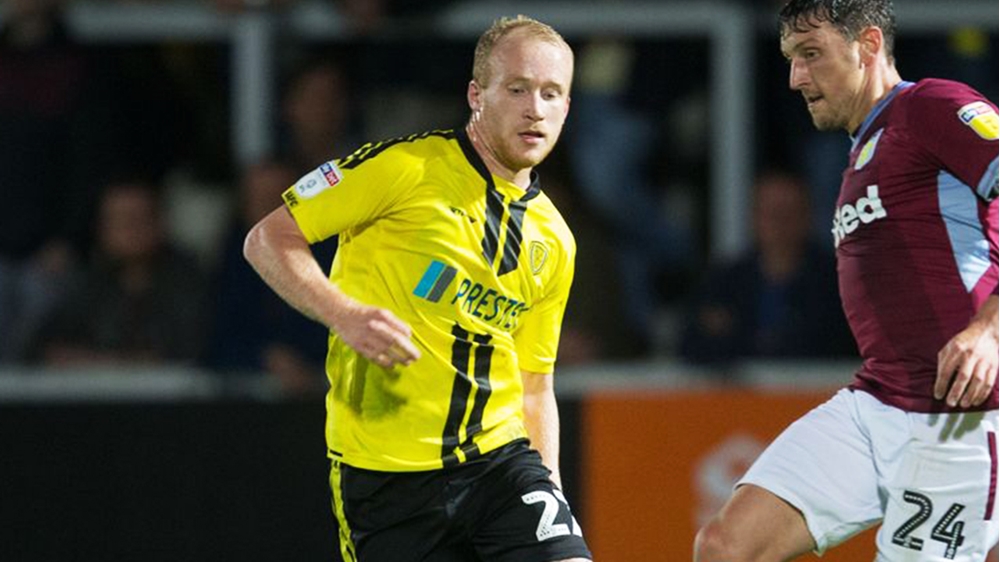 Burton Albion striker Liam Boyce rifled home his fourth goal of the season to knock Aston Villa out of the Carabao Cup on Tuesday evening.

The 27-year-old scored the only goal of the game seven minutes after the break to send the Brewers’ through to the third round of the competition and also further enhance his growing reputation.

Elsewhere in the competition, Gavin Whyte sealed Oxford United’s place in the next round when he scored in injury-time of their comfortable 3-0 win at Newport County.

The former Crusaders’ winger has now scored three goals in his opening five matches for the League One outfit.

Michael McGovern played the full 90 minutes for Norwich City as they knocked Premier League side Cardiff City out of the Carabao Cup with a 3-1 victory away from home.

Midfielder Carl Winchester scored four minutes from time in Forest Green Rovers’ tie at Wycombe only to go out of the competition 4-3 on penalties.

Making his debut on Tuesday evening was former Coleraine midfielder Stephen Dooley who came on as a substitute to play the final 20 minutes of Rochdale’s Carabao Cup defeat to Middlesbrough at the Riverside stadium.

Speaking to the club’s official web site boss Keith Hill said he was impressed with the 26-year-old’s first appearance:

“He hasn’t done any pre-season and he’s only done a little bit of training here, there and everywhere, but he’s almost done a 20-minute solo appearance tonight which may get him into the side.“He missed the whole of pre-season and that’s a big hurdle or mountain to climb on your own when the rest of the players have done it, but for the last week we’ve seen him actually show energy on the training pitch.

“We saw things in training where we thought he could be ready,” added Hill, “so I wanted to include him and I wanted to put him on the pitch and give him 20 minutes or so. He got it and did well.”

Also making their debut in midweek was under-21 central-defender Charlie Owens who was given a late run-out by QPR boss Steve McClaren in their 3-1 victory over Bristol Rovers at Loftus Road.

There was also good news for international boss Michael O’Neill as Steven Davis made his first appearance of the season as Southampton won 2-0 at fellow Premier League side Brighton & Hove Albion.