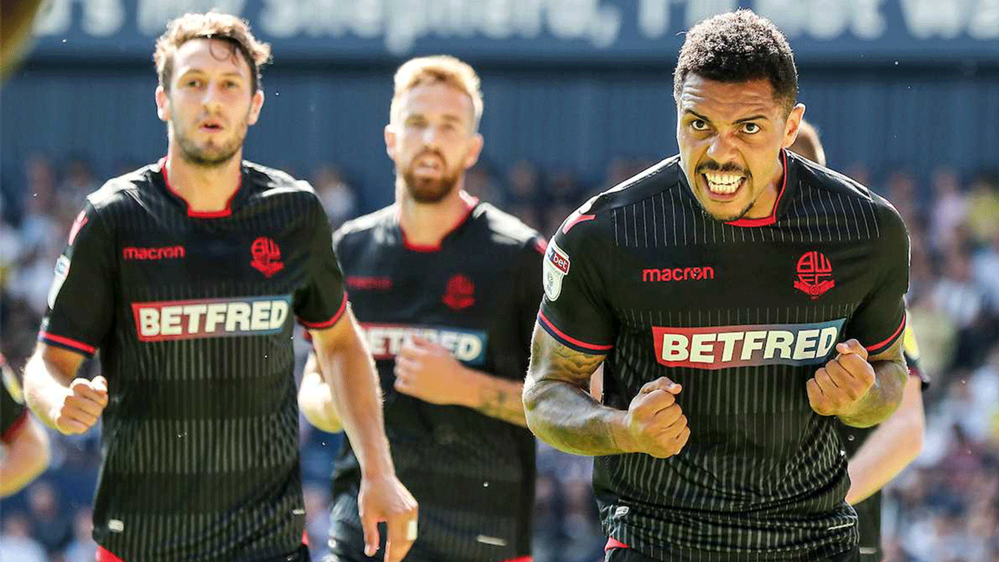 Striker Josh Magennis got his Bolton Wanderers career off to a magnificent start by scoring on his debut in the Trotters' 2-1 victory at West Bromwich Albion at the weekend.

The 27-year-old, who recently signed a two-year deal with the Championship outfit, got off the mark for his new club when he headed home the opener after just 18 minutes at the Hawthorns.

"Josh worked his socks off today," said Wanderers boss Phil Parkinson. "Our supporters love a goalscorer, like every supporter does, and they saw a very honest, committed performance today.

"That's why we brought him to the club. He gave us everything and that's what he's all about.

"We've enjoyed having him in the building for the last couple of weeks."

Also on the scoresheet on the opening day of the new campaign was fellow Northern Ireland striker Liam Boyce who found the net in Burton Albion's 2-1 home defeat to Rochdale in League One.

Meanwhile, in League Two midfielder Carl Winchester opened his account in his first appearance for Forest Green Rovers as they trounced Grimsby Town 4-1 at Blundell Park.

With plenty of transfer activity happening over the summer there were quite a number of Northern Ireland players making their debuts for new employers.

Unfortunately for former Crusaders winger Gavin Whyte his first taste of the professional game ended in defeat as Oxford United lost their opening fixture 4-0 at Barnsley.

Speaking exclusively to irishfa.com, Whyte, who came on as an 82nd minute substitute, said: "It was incredible and actually a relief to be fair.

"Obviously I wanted to start the game because it's always harder coming on and getting into the game, but it felt amazing to make my debut.

"It meant a lot to me because I've wanted this for such a long time."

Elsewhere there was a first start for Lincoln City's Shay McCartan who provided an assist for the Imps winner at Northampton Town, while other debutants included Blackpool's Jordan Thompson and Matty Lund who made the switch from Burton to Scunthorpe United on the eve of the season.

Finally, in Scotland, there were substitute appearances for former Glenavon player Bobby Burns and 'new dad' Kyle Lafferty as Hearts got their Scottish Premiership campaign off to a confident start with a 4-1 win at Hamilton Academical.

IN PICTURES: 21 images from Northern Ireland's win over Belarus