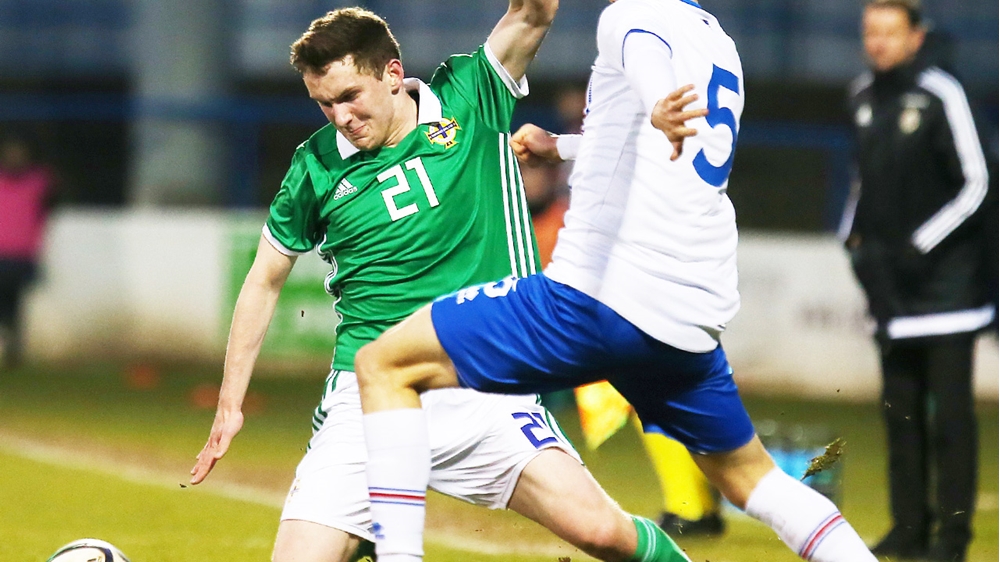 The 18-year-old, who made the switch to Tynecastle from Glenavon during the summer, completed his move to the Tony Macaroni Arena earlier today in a bid for more regular first-team football.

Since his arrival from Mourneview Park the under-21 international has made four first-team appearances for Craig Levein’s side.

Livingston boss Gary Holt, whose charges picked up their first victory of the season following a 2-0 win at St Mirren, was delighted with his new capture and feels the Lurgan youngster will be an asset to the club.

“I got the chance to bring Bobby in and felt we had to take the opportunity,” said Holt, “Bobby can play in a few positions and has a great intensity and work rate to his game, which suits our philosophy down to a tee.

“He brings us further options and depth and I’m delighted to bring him on board.”

Speaking exclusively to irishfa.com Burns said: “Hearts have signed quite a few players recently so the management and I agreed it would be good for me to go out on-loan.

“Livingston are a good club, are local and are in the Scottish Premiership, I’ve a better chance of playing and if I do get regular games it will help my development.

“I love full time football,” declared Burns. “It took me a few weeks to get used to but I’m really enjoying it.

“My ambition this season is to get plenty of game time and hopefully keep Livingston in the Premiership.”