McConkey introduces new faces as he builds towards UEFA tournament 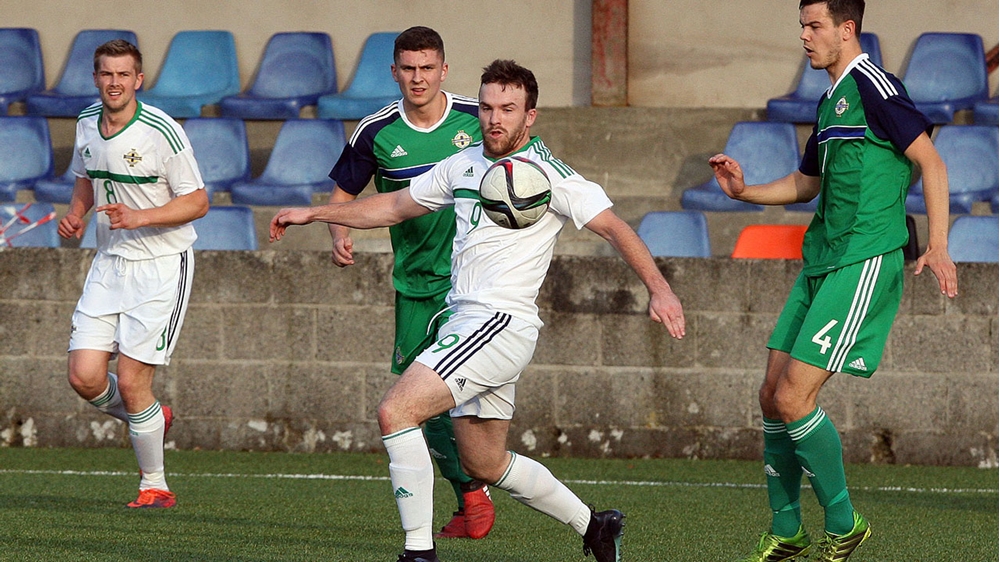 The Junior International squads from Northern Ireland and the Republic of Ireland are set to face each other in a friendly tomorrow (22 August).

The game at Newry Showgrounds (7.15pm kick-off) will help both countries with their preparations for UEFA Regions Cup intermediate rounds this autumn.

Northern Ireland Junior International manager Harry McConkey has introduced some new faces to his squad ahead of a Regions Cup mini tournament in October.

There will be a 21-strong panel in Newry tomorrow, however Harry can only name 18 players for the UEFA tournament.

“This game gives me a good opportunity to look at a few new faces before confirming the final 18-man squad in mid-September.”

The main body of the squad has been formed from Eastern v Western Region qualifiers staged back in May - Eastern Region won a two-legged play-off 6-0 on aggregate - as well as preparation sessions held in February and March.

Harry further pointed out: “We always lose players in the close season who step up into the NIFL Premiership. Newry City being promoted means we have lost three excellent players. However, I always say that is something to be celebrated and it creates opportunities for others.”

The Republic will be playing in a Regions Cup mini tournament in Bulgaria in early September, while Northern Ireland will face Portugal, Russia and Macedonia at home in mid-October. Dates and venues for that tournament are still being finalised.

Northern Ireland and the Republic are due to meet again in a Junior International friendly in Dublin in early October.

Image: Action from one of the Eastern v Western Region qualifiers which determined who would represent Northern Ireland in the Regions Cup mini tournament this autumn.