Will Grigg and Michael Smith return to Northern Ireland squad 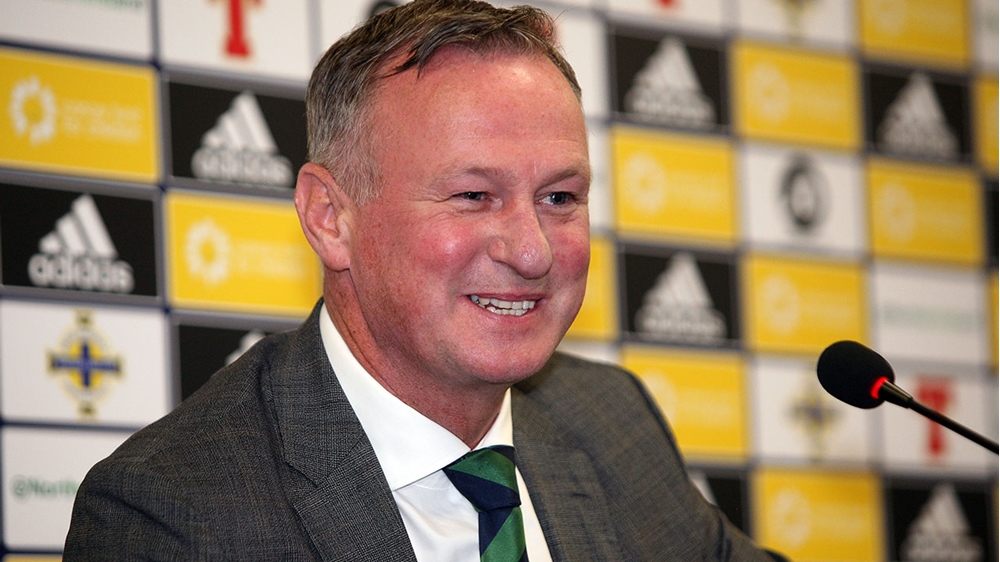 Michael O’Neill has unveiled his squad for the forthcoming home games against Bosnia & Herzegovina and Israel.

Northern Ireland’s first match in the inaugural UEFA Nations League will see them face the Bosnians at the National Football Stadium at Windsor Park on Saturday 8 September (2pm kick-off).

That game will be quickly followed by an international friendly against Israel in Belfast on Tuesday 11 September (7.45pm).

The Northern Ireland manager has named a 25-strong panel for the two matches.

Will Grigg, who was a prolific scorer last season as Wigan Athletic gained promotion to the Championship, is back in the squad after almost two years. He last played for Northern Ireland in the friendly against Croatia in Belfast in November 2016. He celebrated his call-up by scoring twice against Stoke City in the Championship last night.

Also back in the fold after a lengthy absence is full-back Michael Smith, who has been having a fine season with Hearts. His one and only cap came in the 1-0 friendly victory over Slovenia in Belfast in March 2016. He was last in the squad for the World Cup qualifier against Germany in Hannover in October 2016, a game the Germans won 2-0.

Norwich City full-back Jamal Lewis, who won his first cap in the friendly against South Korea back in March, is back in the squad after missing out on the end of season trip to Central America through injury.

Several other players who did not make it to Panama and Costa Rica for a variety of reasons have also returned, including captain Steven Davis, Kyle Lafferty, Oliver Norwood, Niall McGinn, Jamie Ward and Jordan Jones.

Queens Park Rangers forward Conor Washington is back, too, after missing the summer tour for family reasons, however there is no place for his QPR team-mate Paul Smyth, who played in both matches in Central America.

Stuart Dallas has also been included in the squad even though the Leeds United midfielder is still recovering from a quad muscle injury which has kept him sidelined for the past couple of weeks.

His Leeds team-mate Bailey Peacock-Farrell, who made his senior debut in the 0-0 draw against Panama, is among the three goalkeepers in the squad. Michael McGovern is back after missing the summer tour, while Motherwell keeper Trevor Carson retains his place in the panel after featuring in the draw with Panama and the 3-0 defeat against Costa Rica.

See graphic below for full squad, click to enlarge: 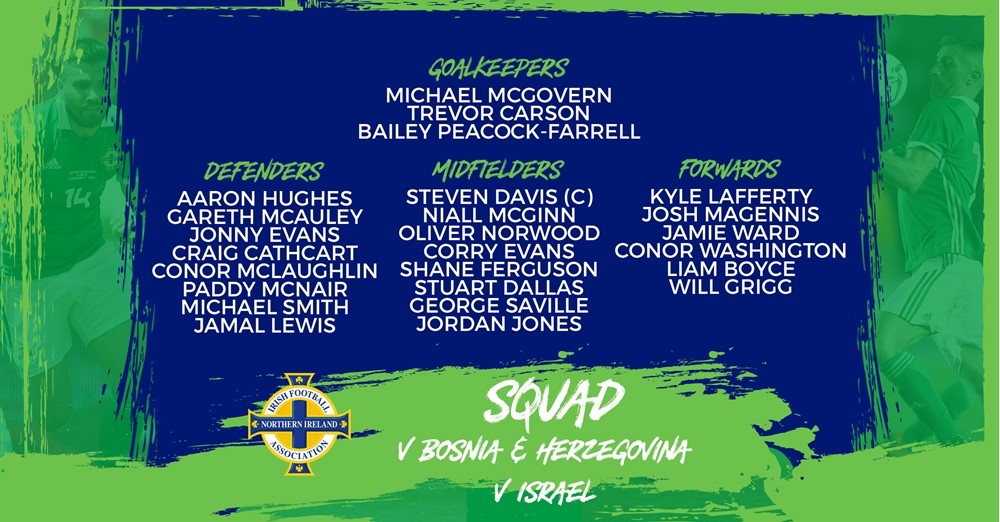 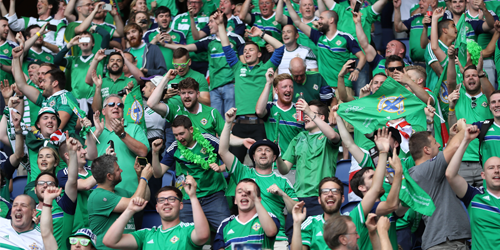