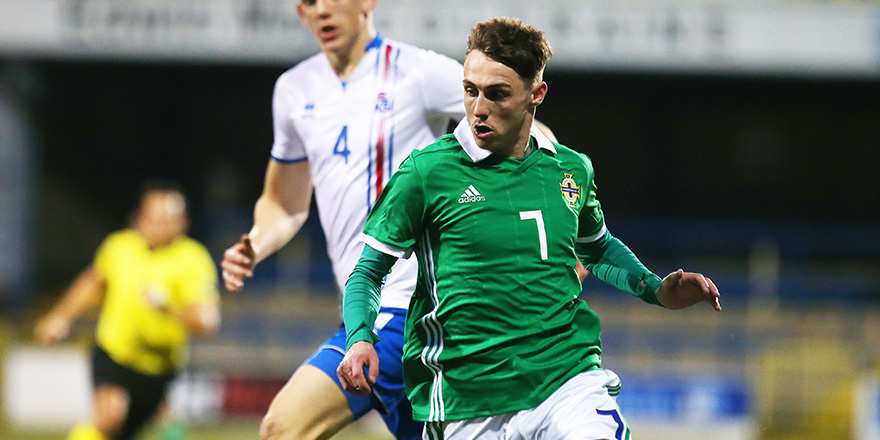 Oxford United winger Gavin Whyte has been called into the Northern Ireland senior panel for the forthcoming games against Bosnia & Herzegovina and Israel.

Whyte, who signed for the League One outfit from Crusaders last month, travelled to Central America with the senior squad earlier this summer, however he did not feature in the friendly games against Panama and Costa Rica.

His call-up for the clash with Bosnia & Herzegovina and the friendly against Israel follows an impressive start to his professional career with Oxford United.

The Northern Ireland Under-21 international has scored three times in five appearances for his new club, grabbing one in the league and two in the Carabao Cup.

The 22-year-old winger agreed a three-year deal with Oxford after being strongly linked with several other clubs. He scored 23 goals for the Crues last season.

Northern Ireland’s first match in the inaugural UEFA Nations League will see them face the Bosnians at the National Football Stadium at Windsor Park on Saturday 8 September (2pm kick-off).

That game will be quickly followed by an international friendly against Israel in Belfast on Tuesday 11 September (7.45pm).

Whyte’s inclusion means Northern Ireland manager Michael O’Neill now has a panel of 26 players to choose from for the two games.

Tickets for both matches are available through Ticketmaster.