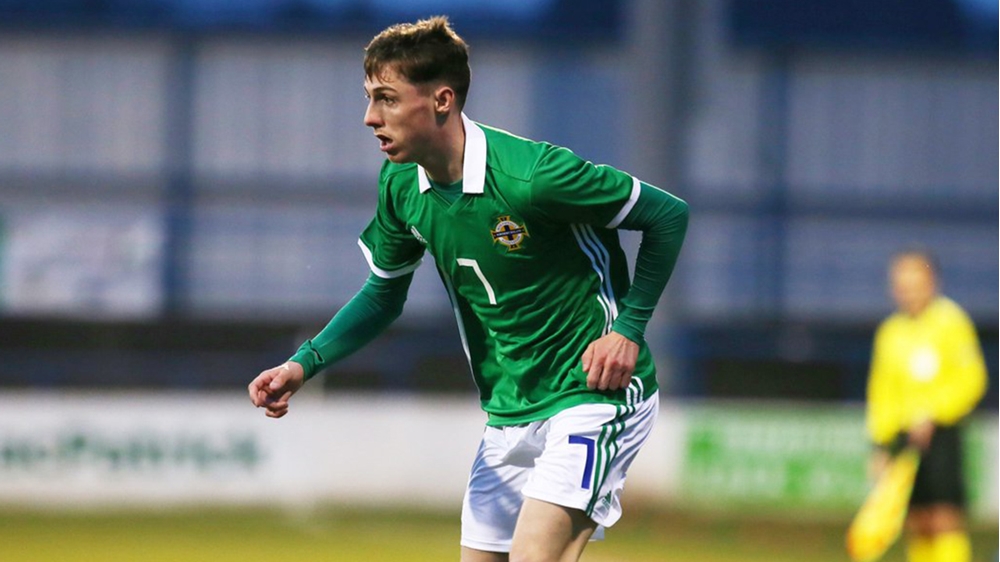 Winger Gavin Whyte marked his first start for Oxford United with a second-half goal to help them seal a place in the second round of the Carabao Cup with a 2-0 home victory over Coventry City last night.

The former Crusaders player struck five minutes after the break to give his new employers a two-goal advantage and their first win of the campaign after suffering defeat in their opening two league fixtures.

Speaking to irishfa.com Whyte said: “It felt amazing to get my first goal especially because it was my first competitive start.

“It felt extra special as well because it was at home in front of the Oxford fans, I was over the moon!”

Meanwhile, former Northern Ireland midfielder Michael O’Connor was also on the scoresheet for his new club as Lincoln City progressed to the next round of the competition with a comprehensive 4-0 win at Port Vale.

After signing on-loan for Sheffield United on Monday, Ollie Norwood was named man-of-the-match after being drafted into the Blades side which went out 5-4 on penalties to fellow Championship outfit Hull City.

Norwich City goalkeeper Michael McGovern made his first appearance in nearly a year for the Canaries as the Championship side overcame Stevenage 3-1 at Carrow Road, while Paddy McNair was given his first start by Middlesbrough who defeated Notts County 4-3 in a penalty shoot-out.

There were also first starts of the season for Doncaster Rovers’ midfielder Luke McCullough, Jordan Thompson of Blackpool and Millwall duo Conor McLaughlin and Shane Ferguson.

Northern Ireland under-21 international Dave Parkhouse was an unused substitute in Sheffield United’s tie with Hull City as was Rotherham United’s Reece McGinley who watched his team knock Wigan Athletic out after winning 3-1 at the New York Stadium.

Finally in the Challenge Cup in Scotland, striker Billy McKay hit a brace in Ross County’s 2-1 victory against a Hearts U21 side which included former Glenavon player Bobby Burns in their starting line-up.