Gibson’s side suffer narrow loss to Belgium in opening qualifier 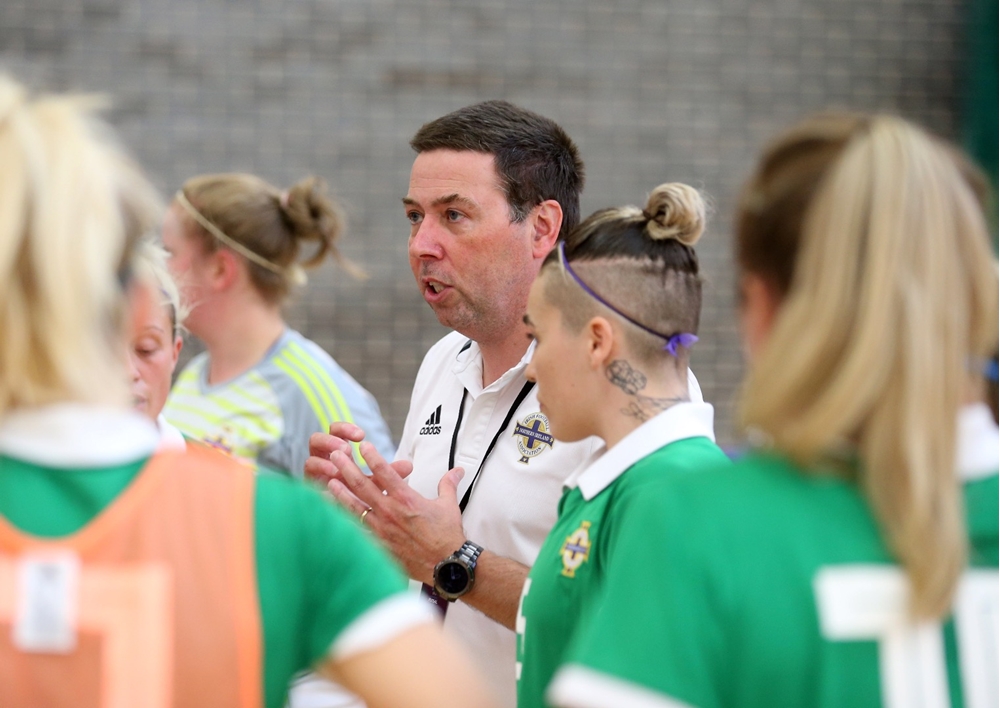 Northern Ireland suffered a narrow 4-3 defeat to Belgium in their opening match of the UEFA Women’s Futsal Euro qualifiers.

Supporters were treated to an exciting end-to end game of futsal as the girls in green produced a spirited performance at Newry Leisure Centre.

The match started brightly for Keith Gibson’s side as captain Nadene Caldwell went close from a tight angle; the keeper did well to stop her shot.

Harkness had a superb opening 10 minutes as she made numerous important saves from a dangerous Belgian front line.

Northern Ireland levelled the scores on 12 minutes. Heather Mearns did well to intercept a pass on the halfway line, dribbled into the Belgian half and finished low beneath the oncoming Belgian keeper.

Belgium were ahead again on 14 minutes when captain Imke Courtois scored with a pinpoint finish into the top corner, leaving Harkness with no chance.

It only took Northern Ireland two minutes to draw level again though. Forward Beth McKay was the scorer this time with a clever finish past Belgian netminder Zelie Lambert.

Then Celine Verdonck put Belgium 3-2 ahead just before half-time with a neat finish from the right of the area.

The second half didn’t start just as brightly although Northern Ireland defended superbly with Mearns and Louise McFrederick making some important tackles. Rachel McConnell led the line well and looked dangerous on the break.

However, Belgium stretched their lead on 30 minutes. Mariam Abdulai Toloba fired the ball home from close range despite being put under pressure by the Northern Ireland defence.

Gibson’s side showed incredible character and the scoreline was 4-3 only two minutes later. Caldwell made a great run down the right and squared it to Amber Dempster who finished well into the bottom corner.

Some fine late pressure from Northern Ireland was unfortunately to no avail as Belgium held on to secure the victory.

In the second of three UEFA Women's Futsal Euro qualifiers (Preliminary Round) this week, Northern Ireland will be taking on Sweden tomorrow at Newry Leisure Centre, with the match kicking off at 7pm. 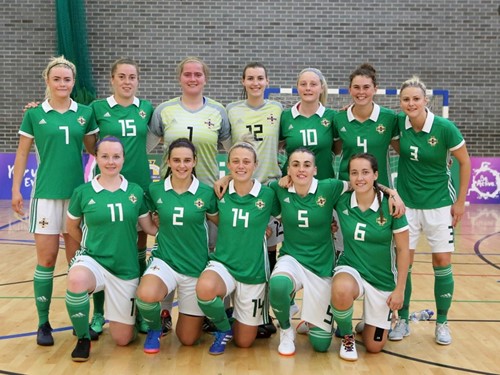 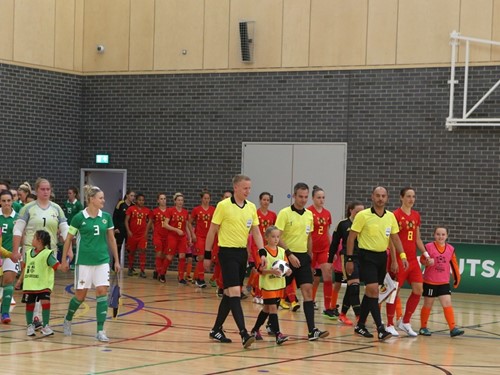 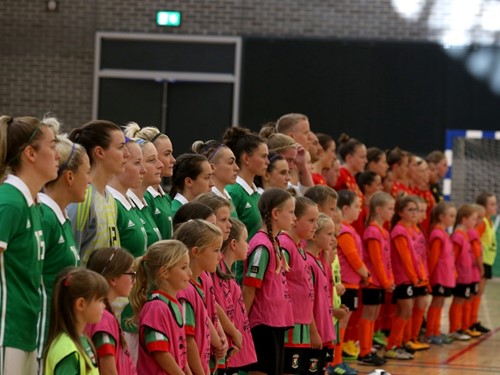 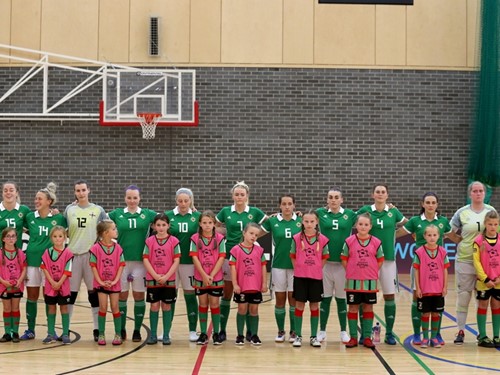 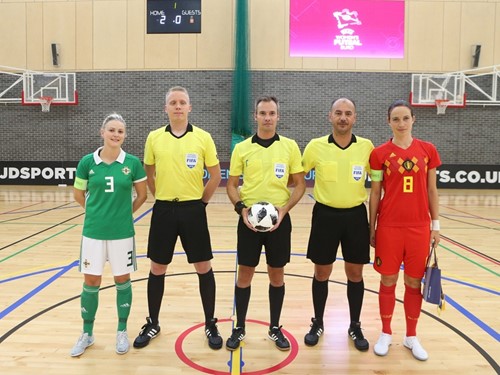 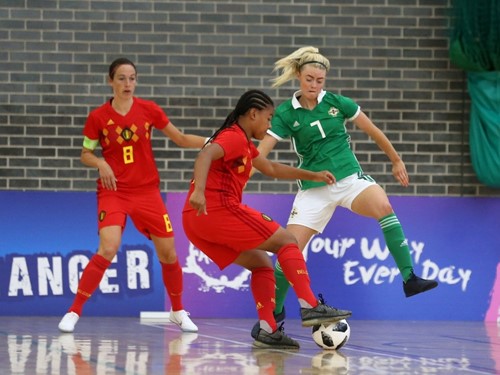 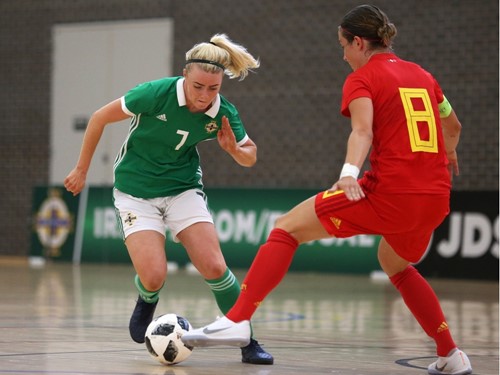 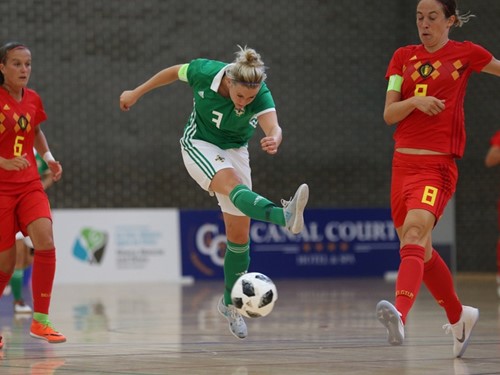 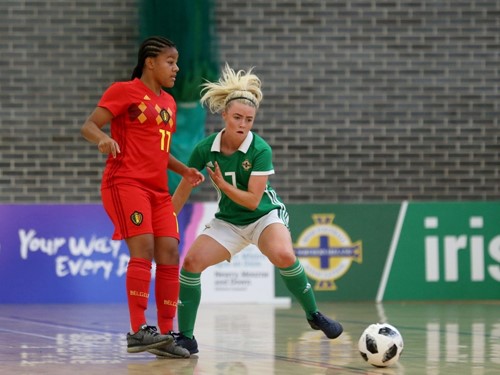 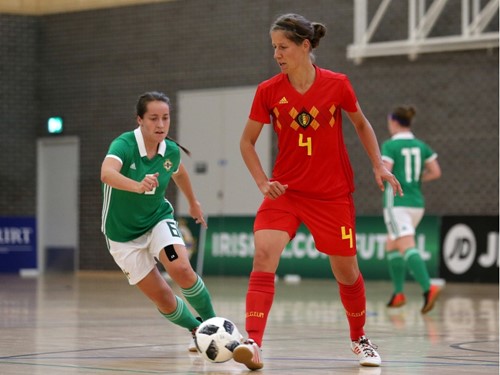 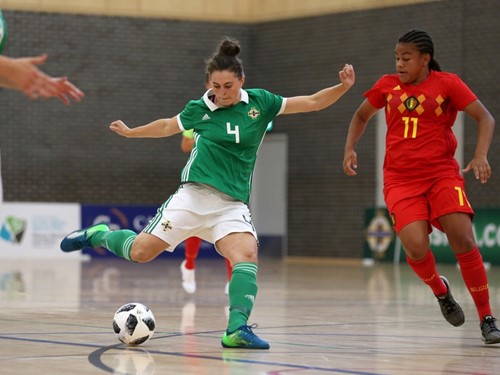 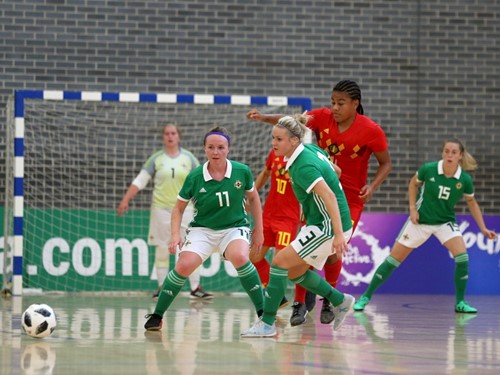 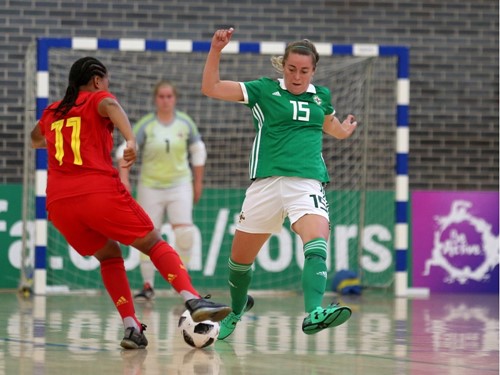 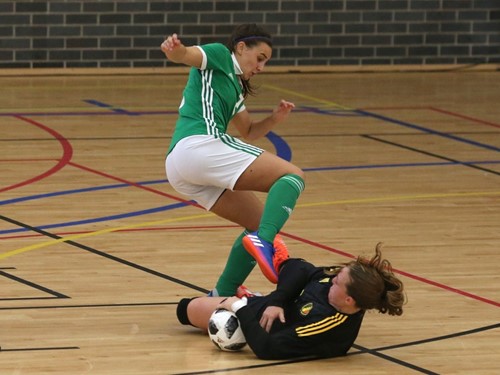 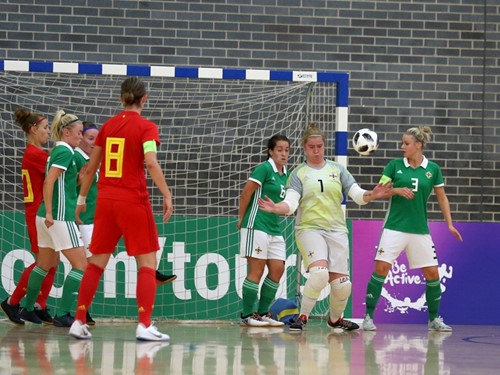 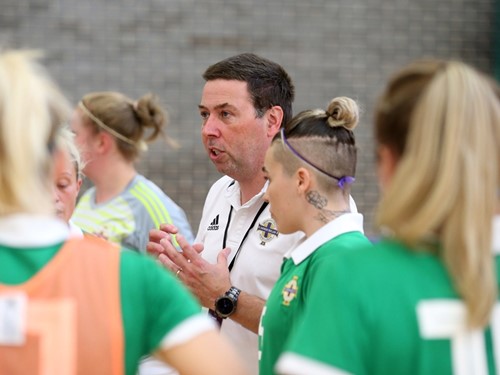 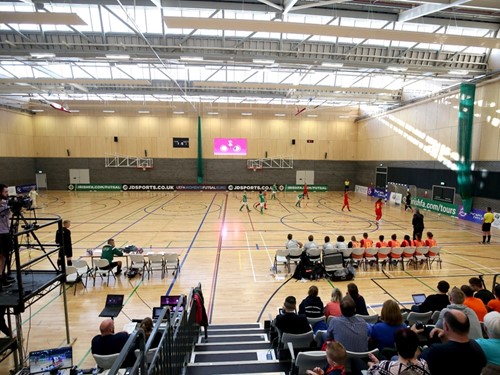 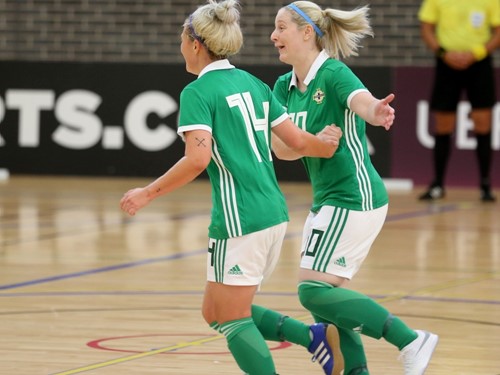 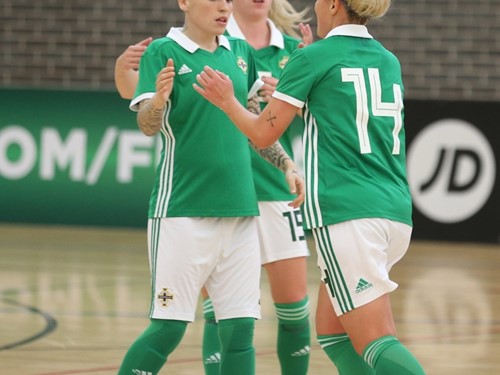 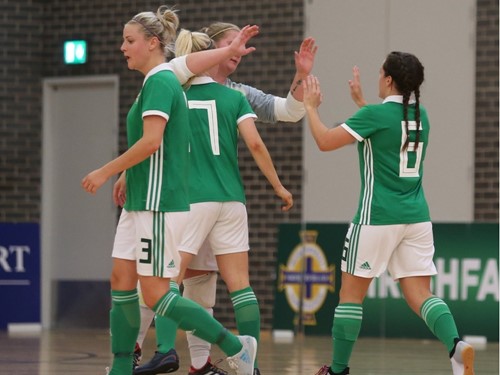 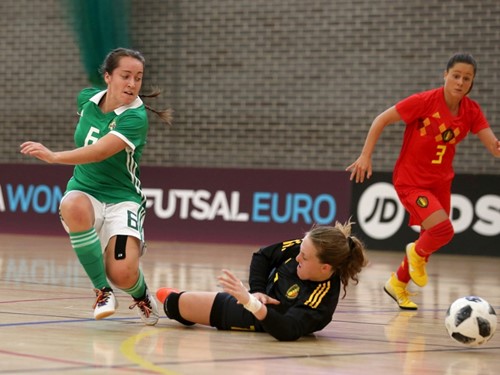 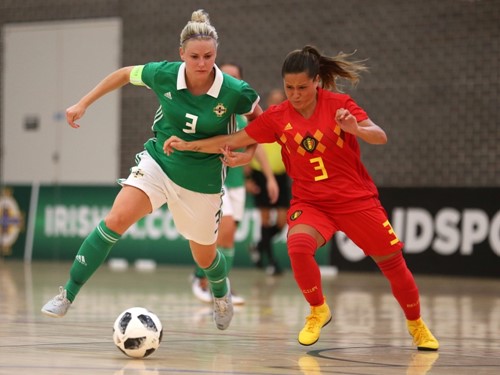 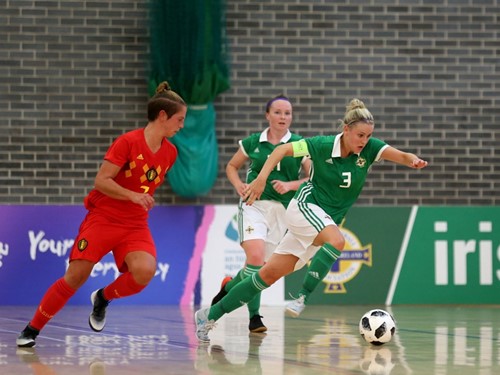 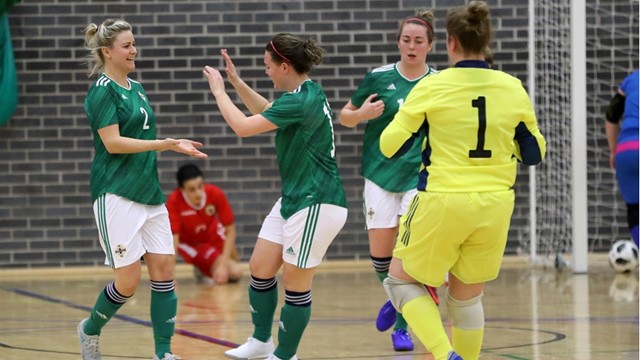 Futsal: Goals flow in Newry as women's squad turn on the style 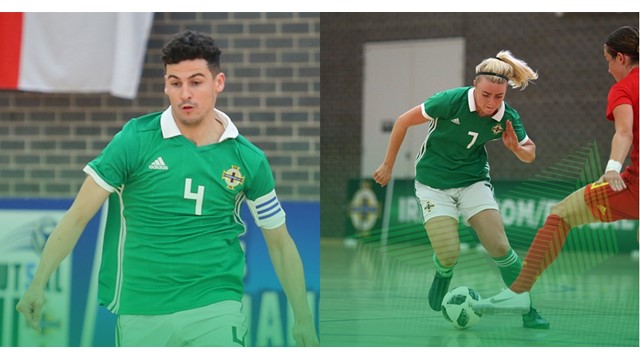