Five players called up to u21 squad for crucial Spain game 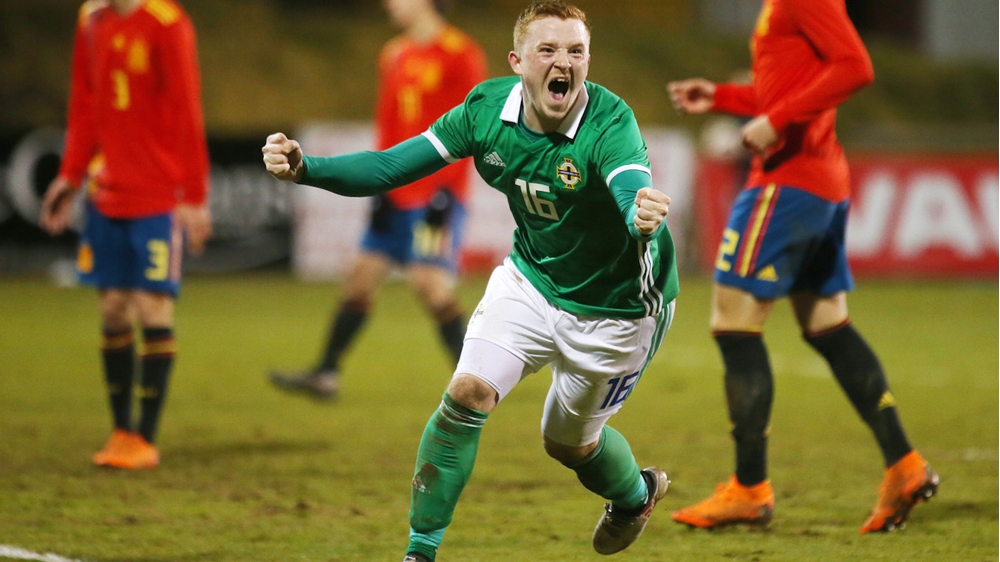 Northern Ireland U21 manager Ian Baraclough has included five new faces in his squad to face Luxembourg and Spain.

The young side will travel to Luxembourg for a friendly next Thursday before they face a tough match in Albacete against Spain the following Tuesday.

Glentoran fullback Nathan Kerr has earned a call-up to the squad having impressed in June’s training camp. He is joined by young Derry City forward Alistair Roy and Doncaster Rovers left-back Danny Amos.

Also included in the squad for the first time are defenders Daniel Ballard of Arsenal and Pierce Bird of Notts County. Ballard has played for the Gunners at u23 and u18 level having captained the squad that reached the FA Youth Cup final earlier this year, with Bird making his debut for the Magpies earlier this month against Middlesborough in the Carabao Cup.

Having not had his squad together since March, Baraclough is keen to push for a place at the Euro 2019 finals next summer.

He said: “Competition for places is really tough, but it is great to bring in some new faces to the squad.

“Daniel Ballard at Arsenal is playing at a great level, with Pierce Bird also recently making his debut for Notts County. Danny Amos is very much a part of the first team at Doncaster under Grant McCann and Alistair Roy has been in good goal scoring form for Derry City so far this season.

“Nathan Kerr was included in a training camp we had back in June and made a real impact. He has made a good start to the season with Glentoran and deserves his call up.”

“We really want to push for second in the group in our final few matches. This is the youngest squad I’ve picked, with 11 of the 20 eligible for the next campaign.

“Competition for places is a tough as ever with Jamie McGonigle and Ciaron Harkin really unlucky to miss out. We still have one more squad to pick after these fixtures and the players will have to battle hard for selection.”

Northern Ireland currently sit third in Group 2 with three games remaining, one point behind Slovakia with a chance of earning a playoff spot.

Click on the image below to see the full squad. 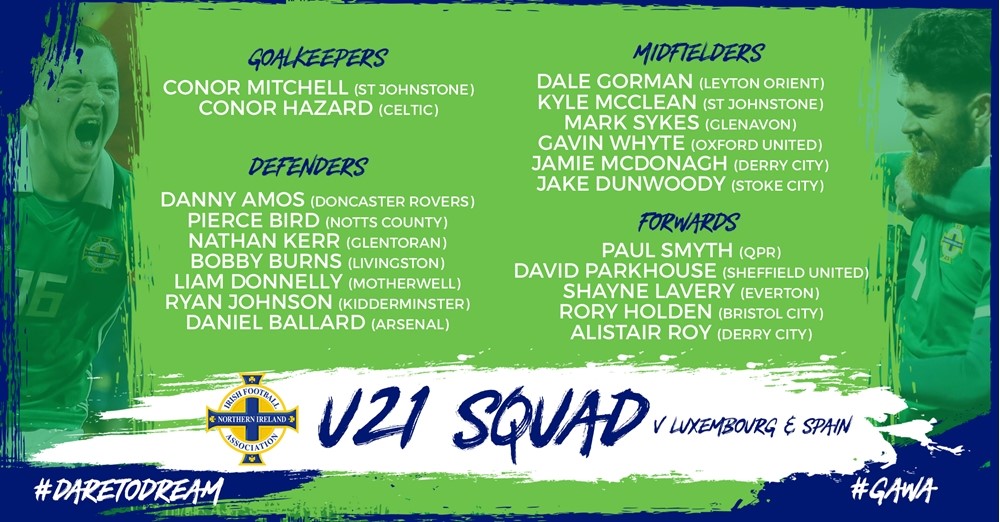