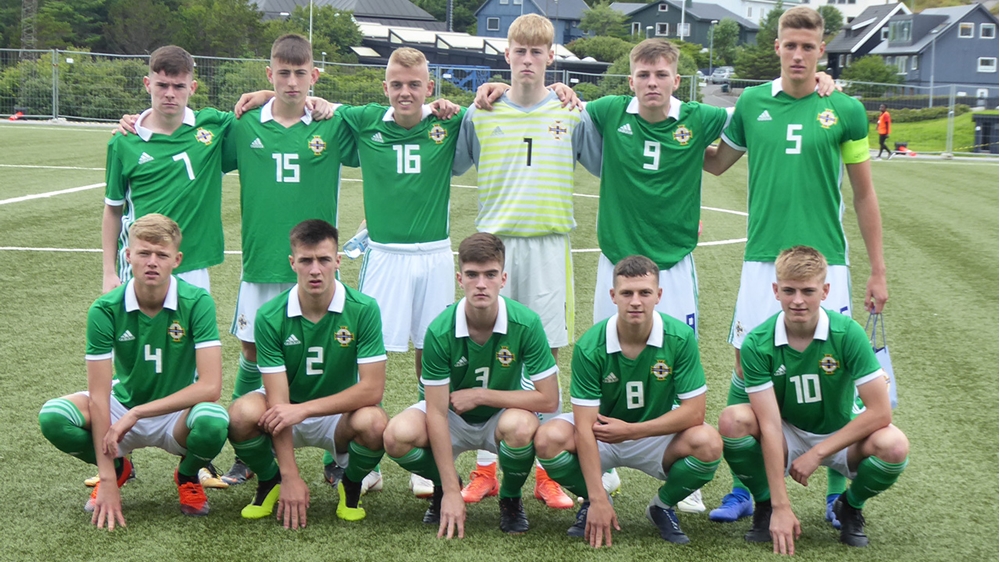 Northern Ireland's U17s were unlucky to lose their opening game in this year's Nordic Cup tournament.

Stephen Frail's team had plenty of possession and created lots of chances against Sweden's U17s but the Scandinavians ran out 2-0 winners.

Despite falling behind in the first minute, when Swedish striker Prica capitalised on a defensive lapse, the U17s dominated the remainder of the opening half.

The Northern Ireland youngsters pushed hard to get back on level terms with Swedish keeper Jorgensen making a good save from Ross McCausland following a fine overlapping run by Jack Scott.

Midway through the half an excellent pass  from Darragh Burns found Ben Wylie whose effort hit the base of the post with the keeper well beaten.

Northern Ireland keeper David Walsh was only called into action on a couple of occasions to make fairly routine saves.

In the final 10 minutes of the half Northern Ireland applied yet more pressure with keeper Jorgensen making a decent stop from Christopher McKee following a fine run and shot and minutes later McKee also had a goal-bound effort blocked.

Northern Ireland's wide players were a constant threat throughout the half and just before the break Jorgensen was again called into action to save a Peter McKiernan effort following a slick move from one end of the pitch to the other.

The opening minutes of the second half continued as the first had ended with McKiernan forcing the keeper to pull off an excellent save as he latched on to a very good through ball.

The Swedes, however, doubled their lead on 49 minutes when central defender Bergmark headed home from a corner.

Following that Sweden controlled much of the game until the last 10 minutes when, to their credit, the Northern Ireland youngsters came back strongly with a Carl Johnston shot going over the bar. And just before the final whistle Charlie Allen fired an effort over following a good cutback from McKiernan.

Next up in Northern Ireland's group is a match on Tuesday against Denmark, who drew 0-0 with Finland in their opening game in the tournament.