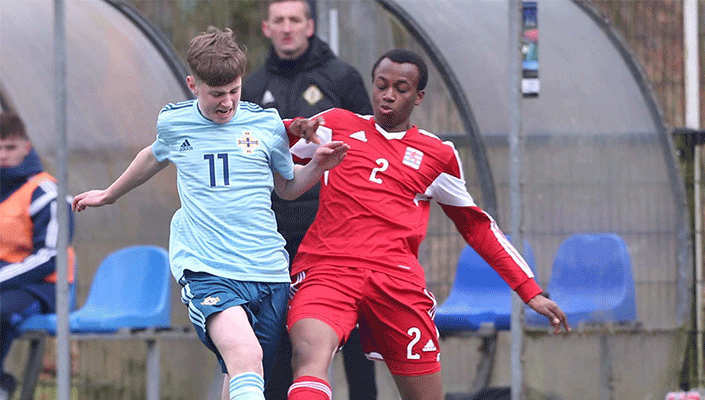 The manager of Northern Ireland’s under-17s, Stephen Frail, believes his side’s participation in the Nordic Cup will provide perfect preparation for an upcoming European qualifying tournament.

The annual Nordic tournament - it is being staged in the Faroe Islands this year - features six teams from the Nordic region plus two guest nations.

Northern Ireland will be playing Sweden on Sunday (5 August), Denmark next Tuesday (7 August) and Finland on Thursday (9 August) followed by a game to determine their overall position in the competition.

Frail admits it will be a step up for Northern Ireland’s U17s, who won a development tournament on home soil in April with victories against Kosovo, Luxembourg and the Faroes.

“The Nordic Cup is always a tough competition. What I want to see is progression from the development games back in April. I believe we have a squad that can compete well in the tournament,” he said.

The U17s boss also believes it will be good preparation for a UEFA U17 mini tournament in Turkey this autumn – Turkey, Slovakia and San Marino will provide the opposition – where his side will be aiming to progress to an elite round where they can compete for a place at next year’s U17 European Championship finals in the Republic of Ireland.

The U17s squad largely features players who have been part of Club NI, the Irish FA’s elite development programme, in recent years.

Several of the players competed for county teams at the recent SuperCup NI and Frail said he was delighted they all came through a tough schedule unscathed.

And other players have been hard at work in pre-season training after joining professional clubs in England and Scotland in early summer.

“Everyone is looking sharp and there’s a good buzz about the squad,” he admitted.

New faces in the panel include Chelsea’s Sam McClelland, Chris McKee of Rangers and Darragh Burns from St Patrick’s Athletic.

Image: Northern Ireland U17 player Barry Crowe-Baggley in action against Luxembourg back in April.