Lafferty, Magennis and Boyce all on the scoresheet for their clubs 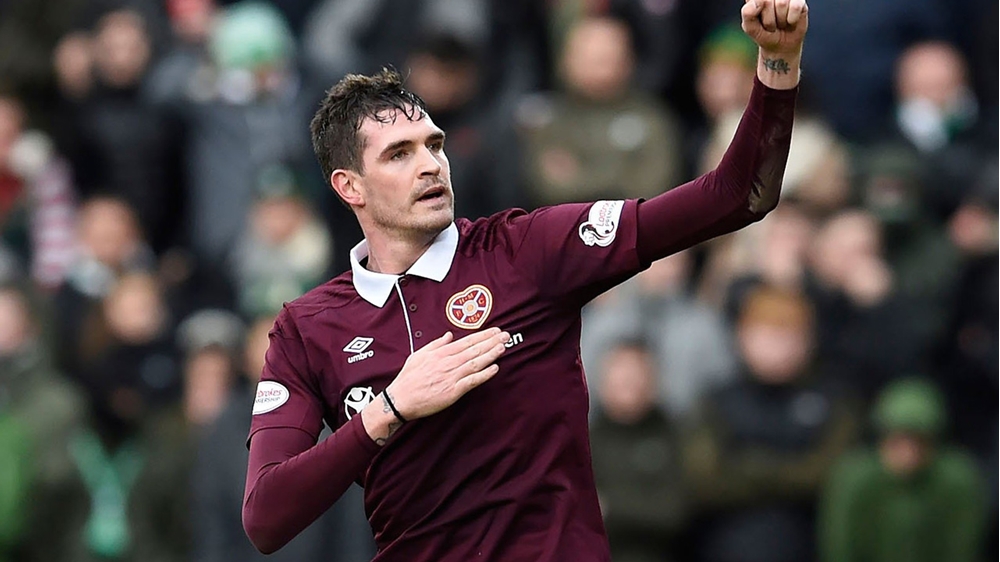 Kyle Lafferty chalked up his first goal of the season with a stunning volley to give Hearts a memorable 1-0 victory over champions Celtic at Tynecastle at the weekend.

The 30-year-old struck the winning goal 11 minutes into the second half and insisted that the Edinburgh outfit must produce that type of performance on a regular basis if they are to make an impact this season.

"We have to look at overall team performances rather than just my goal," Lafferty told the official Hearts website. “From the first moment up until the 93rd minute, from the goalkeeper right up to big Uche - and even the guys who came off the bench - all gave 110%.

"I said after the game in the dressing room 'that’s the Hearts team that I played against eight or nine years ago' and I absolutely hated coming here (to Tynecastle).

“If we want to do something this year then that’s the performance we have to give every single game,” added the Fermanagh-born striker, who is still attracting interest from former club Rangers.

"And not just against Celtic, Rangers, Aberdeen or Hibs. We have to give it every single game and if we do then we’ll be sitting in this position come the end of the season.”

Meanwhile, Josh Magennis is certainly enjoying his football with his new side Bolton Wanderers in the Championship after he bagged his second goal in as many games in the 2-2 draw at home to Bristol City.

The former Charlton Athletic striker gave the hosts a 2-0 lead on the hour mark before a battling Bristol side fought back to earn a point at the newly named University of Bolton Stadium.

Trotters boss Phil Parkinson again praised the 27-year-old’s performance, saying: “I thought Josh did really well in the second half.

“I thought in the first half that he wasn’t quite at it like he was last week, but in the second he led the line well, worked very hard and got his rewards with a goal.

“I am very pleased and he has had a great start to his Bolton career. He is a terrific character and at times today showed what a good player he is.”

In League One Liam Boyce was also on target for the second game running when he gave Burton Albion the lead at Gillingham, however it was all to no avail as the Brewers eventually slumped to a 3-1 defeat to leave them second bottom of the division without a point from two games.

With Northern Ireland’s UEFA Nations League contest against Bosnia & Herzegovina fast approaching, there will be concern for manager Michael O’Neill after winger Stuart Dallas picked up a thigh injury which ruled him out of Leeds United’s emphatic 4-1 win at Derby.

Leeds boss Marcelo Bielsa admitted Dallas’ absence for the next three games, against Bolton Wanderers tomorrow night and then the league games with Rotherham United and Swansea City, will be a huge blow to the team.

“The fact he won’t be with us for a while is something that we regret.”

Finally, the Premier League got under way over the weekend with defender Craig Cathcart being the only Northern Ireland player to feature when he helped Watford keep a clean sheet in their 2-0 home success over Brighton & Hove Albion.