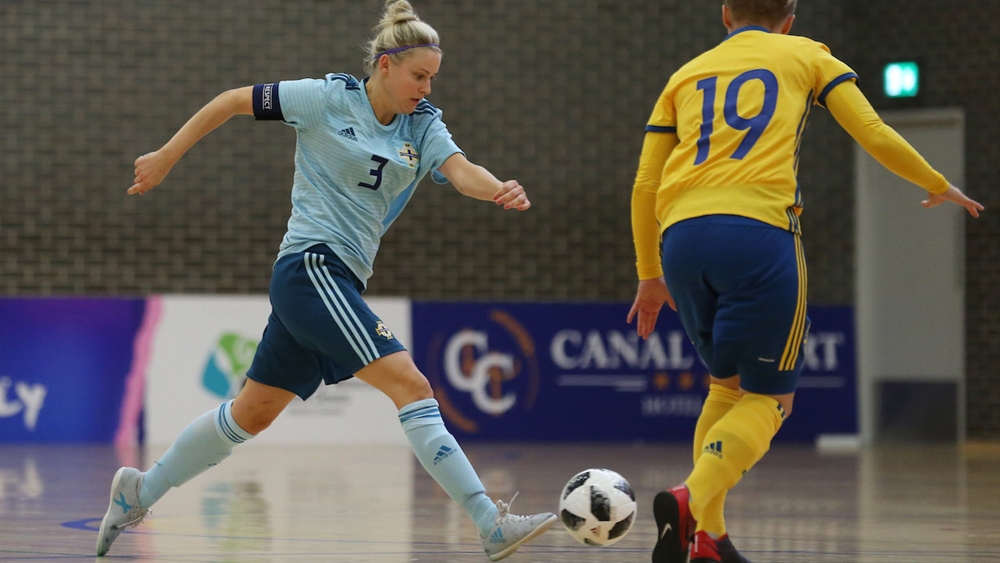 A classy Swedish side earned their second win of the tournament with a convincing 8-3 win over Northern Ireland at Newry Leisure Centre.

Keith Gibson’s side were hoping for a positive result following a narrow loss to Belgium in their opening group game, but will have only pride to play for in their final fixture on Friday.

The Swedish started well and it didn’t take long for them to take the lead through Nazanin Vaseghpanah who finished well from close range as the ball fell at her feet in the Northern Ireland area.

The scores were level less than a minute later as the girls in green equalised superbly through Megan Weatherall. She picked the ball up deep in her own half and went on a strong run into Swedish territory, cutting inside and finishing superbly past Amanda Olsson in goal.

The score remained level for only a short period of time as Daniela Chamoun gave her side the lead following some slick passing from the Swedish outfield.

Vaseghpanah was on the scoresheet again finishing low into the corner at the second time of asking to make it 3-1. Not to be outdone, Chamoun got her second of the game with a minute left of the first half to make it 4-1 at the break.

Sweden started the second half the same way they finished the first with Varli scoring twice in as many minutes to give her side a five goal lead.

The scoreline could have been even further in Sweden’s favour but for some heroic goalkeeping from Harkness. She made three superb saves tipping the ball away to safety each time.

Isabel Aguilar got her first and Sweden’s seventh of the night on 29 minutes with a close range finish, however the moment of the night came on 31 minutes as Harkness got her name on the scoresheet.

She collected a clearance from the Swedish keeper in her own area, looked up to see her opposite number out of position and drop kicked the ball exquisitely into the Swedish net from her own goal. Although it only proved to be a consolation goal, it got the home crowd on their feet.

Aguilar got her side’s eighth and final goal of the night with five minutes to go, not long before Beth McKay pulled one back late on for Keith Gibson’s side, who battled hard right to the final whistle.

The game finished 8-3 with some very encouraging individual performances from Keith Gibson’s side who will be looking for a better result in their final group match.

Northern Ireland take on Netherlands on Friday evening at Newry Leisure Centre, with the match kicking off at 7pm. Entry for all supporters is free. 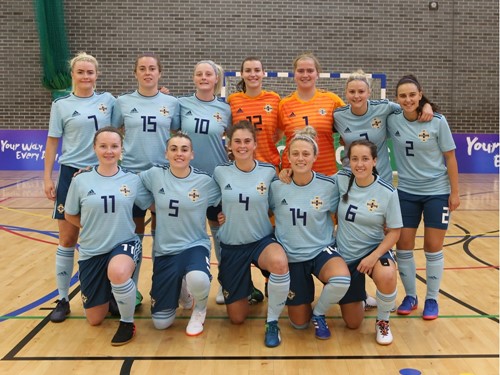 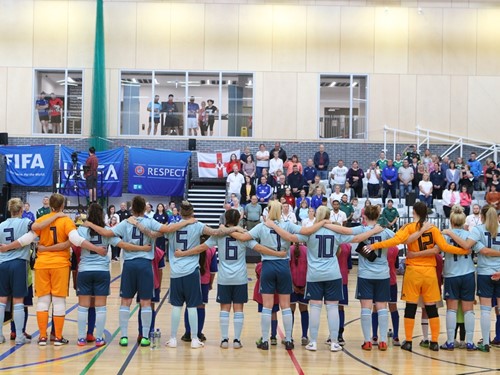 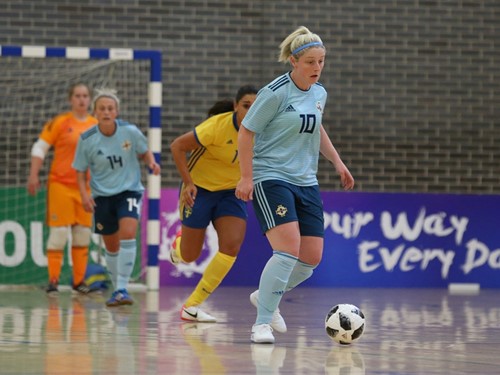 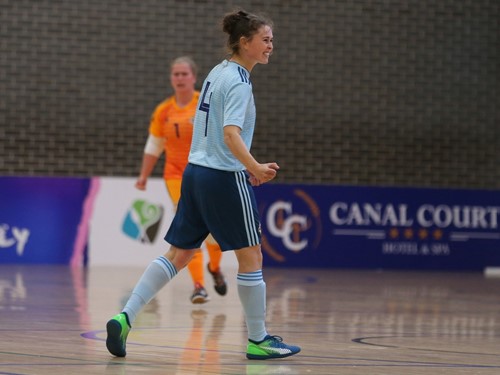 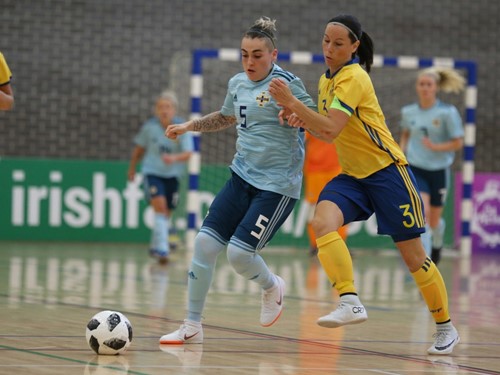 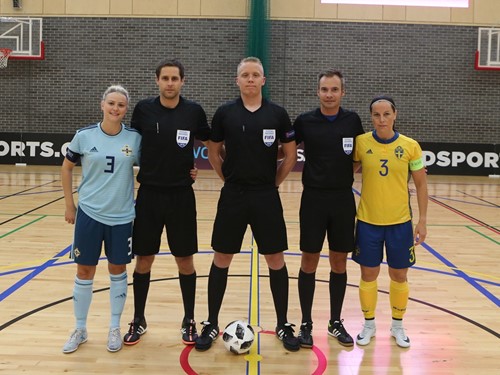 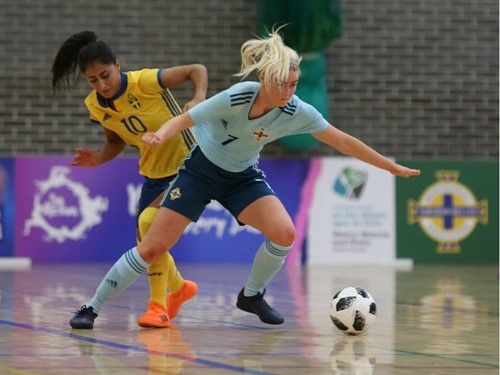 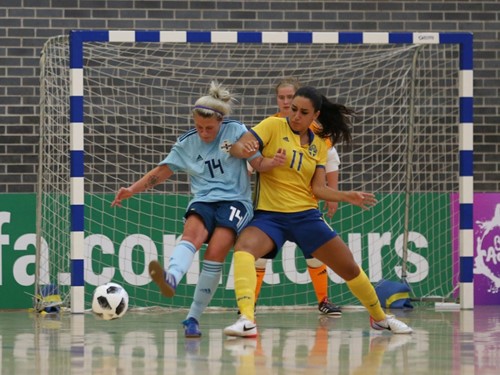 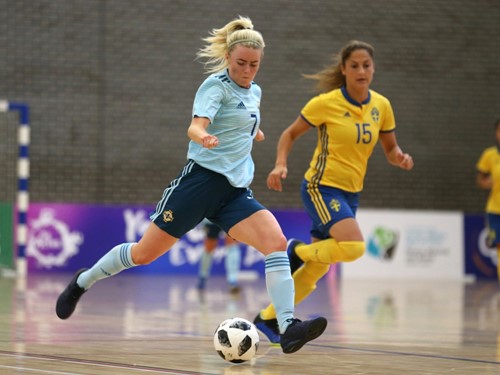 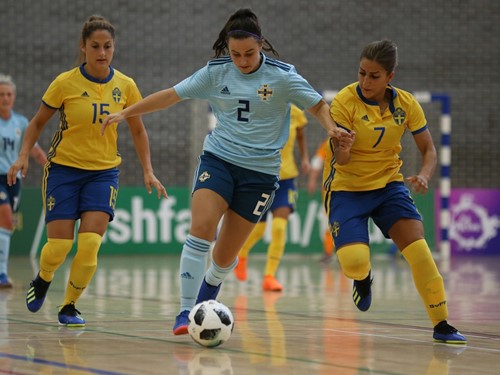