The second round of the Sadler's Peaky Blinder Irish Cup produced an afternoon of everything you could wish for from cup football - goals galore, shocks, tension and no shortage of drama!

It's difficult to know where to begin put perhaps pride of place should go to Loughgall who knocked Premiership opponents Warrenpoint Town out of the competition at Lakeview Park. 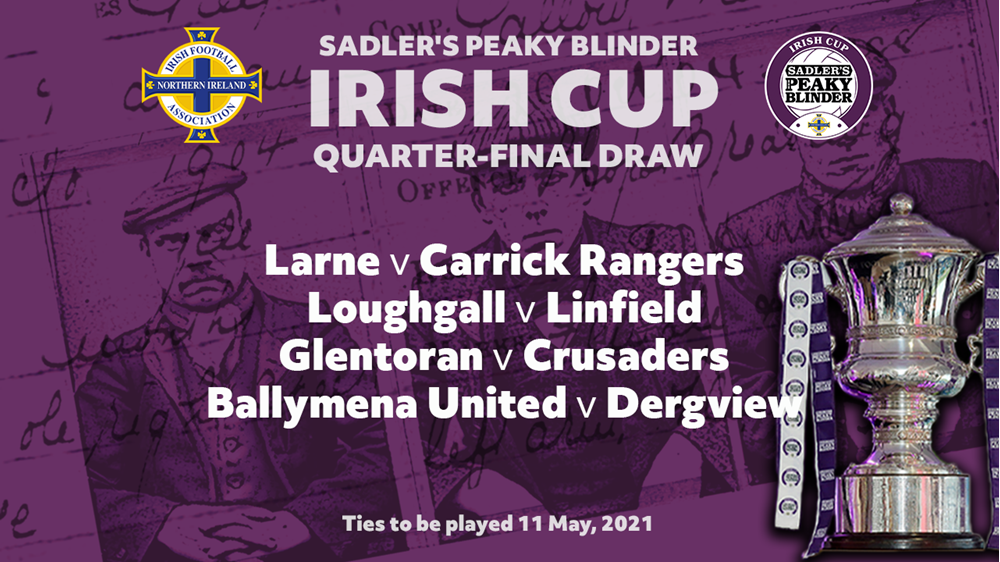 It only took one goal for the Villagers to book their quarter-final berth when, as early as the third minute, Nedas Maciulaitis ran onto a loose ball to fire past Andy Coleman in off an upright.

The Championship side were almost joined in the last eight by Bangor but despite a herculean effort from the Seasiders they eventually fell to Carrick Rangers via a penalty shoot-out defeat at the Loughshore Hotel Arena.

Twice Bangor led through Gerard Beattie and Ben Arthurs but twice the 'Gers fought back with goals from Kyle Cherry and Jordan Jenkins. At the end of 90 minutes, and with no extra-time in place this season, it was straight to penalties.

Unfortunately for Bangor they only netted one of their spot-kicks and when Reece Glendinning stepped up to score Carrick's third into the bottom left corner it was game over and heartbreak for Lee Feeney's side amid huge sighs of relief from his opposite number Niall Currie.

Holders Glentoran edged past Cliftonville 1-0 at the Oval. Rory Donnelly scored the all-important goal against his former club.

Last season's runners-up Ballymena United swept past PSNI 5-0 at The Showgrounds. Shay McCartan followed by Ryan Waide found the net inside the opening 20 minutes, and that was how it stayed before Kofi Balmer hit almost two identical goals around the hour mark with headers from Andy McGrory corners. Joe McCready then completed the scoring late on.

That was the same scoreline at Breda Park as Crusaders were too strong for Knockbreda. Adam Lecky and Daniel Larmour handed the Crues a two-goal advantage at the break before Ben Kennedy, Jordan Owens and Rodney Brown added to their tally in the second half.

Linfield also hit five goals in their victory over Dungannon Swifts at Windsor Park. The sides traded goals early in the game with Navid Nasseri opening the scoring after eight minutes but Caolin Coyle guided home a header moments later.

However, Stephen Fallon restored Linfield's lead midway through the first half before Andy Waterworth hit a further two goals inside six second half minutes. Cammy Palmer added a fifth right at the end but there was still time for Shane McGinty grabbed a late consolation for the Swifts.

Larne were the highest scorers of the day, hitting eight against Dollingstown at Inver Park.

There was some competition amongst Tiernan Lynch's side to see who could claim the match ball. Dylan Mottley-Henry scored twice, as did Martin Donnelly but they were both upstaged by substitute Ronan Hale who came off the bench to knock home a hat-trick.

In amongst that lot was a first goal for 17-year-old Matthew Lusty who was fouled to win a penalty and stepped up himself to convert while Glenn Hand did earn what proved to be a consolation for Dollingstown early in the second half.

Meanwhile, at Ferney Park, Sean McCarron scored both goals as Dergview knocked out St. James' Swifts. He bagged the opener midway through the first half before making sure for Ivan Sproule's side from the spot with five minutes left on the clock.

The draw for the quarter-finals was made after today's games