All venues have still to be confirmed, however dates for fixtures between September 2021 and September 2022 have been agreed.

Northern Ireland’s opening encounter in six-team Qualifying Group D will be a home game against Luxembourg on 17 September this year, followed by another home match against Latvia on 21 September.

Next up for Kenny Shiels’ side is a clash with top seeds England away on 23 October and then it’s back home for a qualifier against Austria, the second seeds in the group, on 26 October. 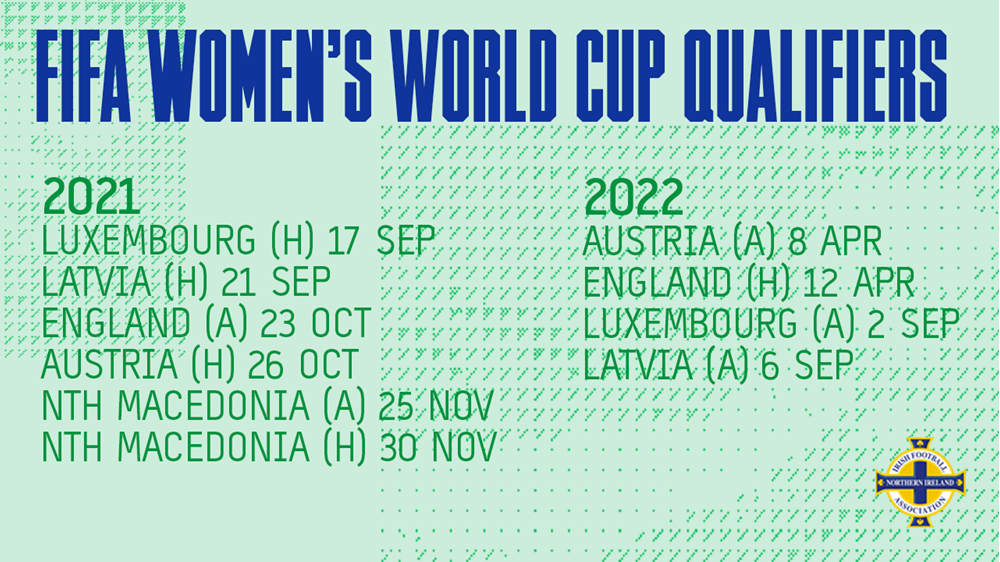 North Macedonia will provide the opposition home and away this November. Shiels’ squad are set to travel to eastern Europe on 25 November and then back home for the return fixture on 30 November.

Moving into 2022, when Northern Ireland’s preparations for their appearance at next summer’s UEFA Women’s Euro 2022 in England will be in full swing, the girls in green and white will take on the Austrians away on 8 April.

And then it’s back to Northern Ireland for the second clash with top seeds England. That game is due to be played on 12 April.

Post next summer’s Euros the senior women will complete their World Cup qualification group stage schedule with a game away to Luxembourg on 2 September, while their final qualifier is due to be against Latvia away on 6 September.

The winners of nine qualifying sections in Europe will advance directly to the FIFA Women's World Cup 2023 in Australia and New Zealand.