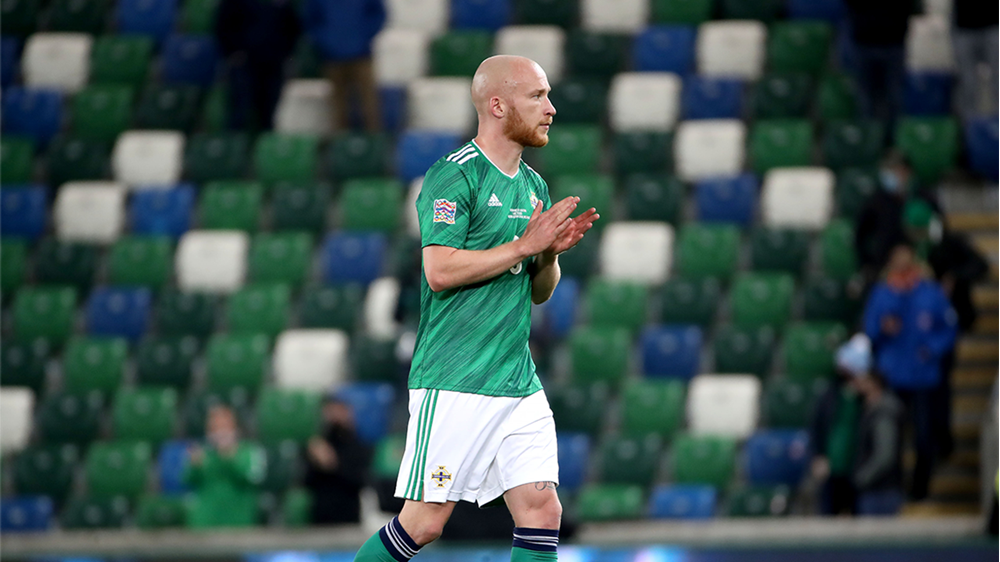 Northern Ireland and Heart of Midlothian striker Liam Boyce has been named the PFA Scotland Championship Player of the Year for the 2020-21 season.

The annual PFA (Professional Footballers’ Association) Scotland awards – the results were announced online yesterday evening – are voted for solely by players and Boyce came out on top from the Championship ballot shortlist ahead of Hearts team-mate Craig Gordon, Dundee's Charlie Adam and Regan Hendry of Raith Rovers.

The Northern Ireland striker netted 14 times for Hearts as the Edinburgh club won the Championship title and earned promotion to the Scottish Premiership at the first time of asking following their relegation from the top flight last season.

And the 30-year-old’s goals were not his only contribution as Robbie Neilson’s team pushed for the title during a condensed 27-match season. He also registered six assists, one behind the league best of seven.

Boyce, who was the league's top scorer, joined Hearts in January 2020 from League One side Burton Albion and notched four goals in 11 starts last term.

He told Edinburgh Live: “It’s an honour to win an award that’s been voted for by your fellow professionals so I’m really happy about it, and I really appreciate that the Championship players voted for me.

“I’ve got to thank my team-mates and the coaching staff because it was a real team effort this season to get back to the top flight in challenging circumstances.

“It’s been a difficult year for everyone, including my family. They’re the driving force behind everything I do so this award is for them and I hope it puts a smile on their faces.

“A big thanks goes to our fans, too. They’ve supported us from afar and I’m really looking forward to next season and hopefully scoring more goals in front of them at Tynecastle.”

News of the former Cliftonville and Ross County forward’s award comes hot on the heels of his Northern Ireland team-mate Steven Davis winning the Scottish Football Writers’ Association Player of the Year award for the 2020-21 season for his performances in the Rangers engine room as they claimed the SPFL Premiership title. The SFWA does not have an equivalent award for the Scottish Championship.