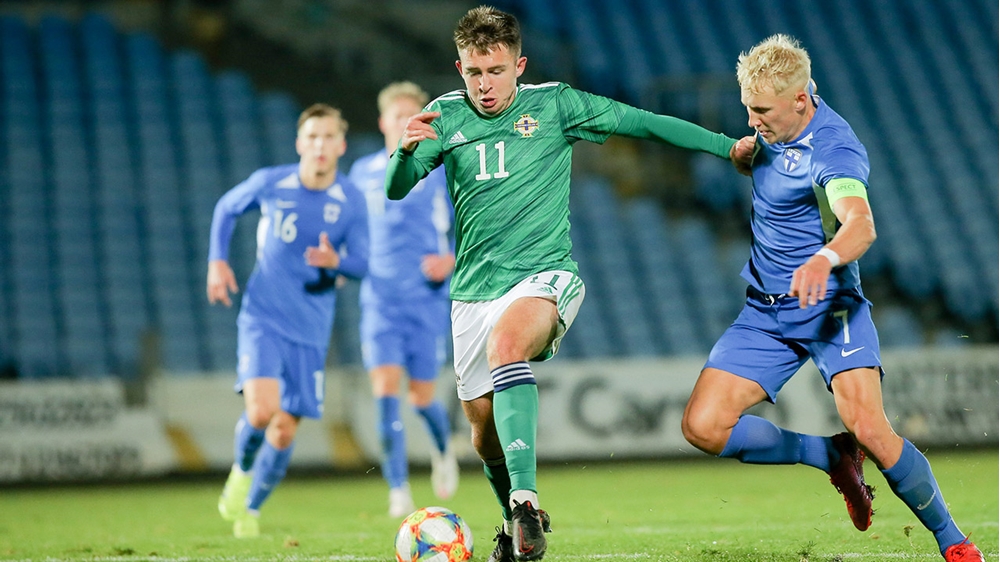 Northern Ireland’s Under-21 team are set to play Scotland twice next week as part of a training camp.

The away friendlies against the Scots will be staged at the C&G Systems Stadium in Dumbarton next Wednesday (2 June) and on Saturday 5 June. And both matches will be played behind closed doors.

The squad are set to be based in Scotland for the week-long camp, which marks the start of preparations for Euro qualifiers this autumn.

Interim U21s boss Andy Crosby has chosen a 22-strong panel for the training camp and matches.

Among the newcomers are Fleetwood Town midfielder Dylan Boyle and defender/midfielder Carl Johnston, who join club-mates Barry Baggley and Chris Conn-Clarke in the panel. Both have previously played for their country at U17 level.

There’s also a first call-up to the U21s for Rangers centre back Kyle McClelland, who has previously played for Northern Ireland’s U17s and U19s, Nottingham Forest striker Dale Taylor and Linfield goalkeeper David Walsh, both of whom have U17 caps.

Ballymena United forward Ryan Waide, who has previously played for Northern Ireland at U19 level, and Dungannon Swifts midfielder Oisin Smyth are the other new faces.

The U21s will begin their qualification campaign away to Malta on 3 September followed by a home qualifier against Slovakia on 7 September.

The squad for the two games v Scotland next week includes: