The last 16 line-up in the Sadler's Peaky Blinder Irish Cup was completed this afternoon following victories for Dergview, Loughgall and Knockbreda.

In the derby at Ferney Park, Dergview got past hosts Ballinamallard United following a marathon penalty shootout.

Ivan Sproule's side moved in front on 25 minutes through Matthew Kirk. The ball was worked in from the left before reaching Kirk on the edge of the box to side foot home. Darragh McBrien levelled for the Mallards around 10 minutes later after beating his marker twice and finishing off with a curling effort into the bottom corner.

Cathal Farren restored Dergview's lead just after the hour with a shot under John Connolly following a great run at the defence but, with eight minutes left, Ross Taheny's low first-time effort from Jay McCartney's corner pushed the game into the dreaded shootout.

The sides were inseparable throughout but with the scores tied at 8-8 Ballinamallard's Alex Holder blasted his effort against the crossbar meaning Graham Crown needed to find the net to secure victory for the visitors with the former Coleraine, Institute and Limavady United man duly obliging.

Penalties were also required at Lakeview Park as Loughgall squeezed past Banbridge Town.

The first half roared into life towards the break with Pablo Andrade opening the scoring for the Villagers to be followed swiftly by Stephen McCavitt's screamer into the top corner just moments later. There was even time for Loughgall to be reduced to 10 men after that following Andrew Hoey's dismissal for violent conduct.

The second half failed to produce any more goals before the Villagers emerged 3-2 victors after spot kicks.

There was much less drama at Breda Park as Knockbreda got past Newington by the odd goal in three.

‘Breda led at the break courtesy of Cillin Gilmour's strike before the half-hour mark. However, Gary Warwick levelled for Newington midway through the second period before Gilmour bagged his second of the afternoon to ensure progression for Colin McIlwrath’s side.

The draw for round two was conducted after today's games with the eight ties throwing up some intriguing encounters.

Holders Glentoran kick off their defence at home to Cliftonville while Ballymena United, beaten finalists last time out, host PSNI. 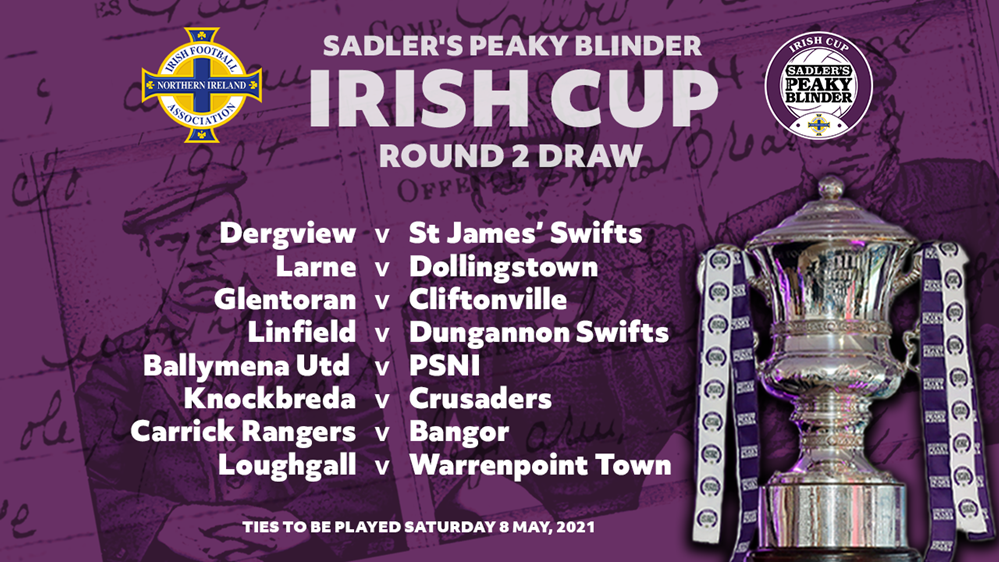