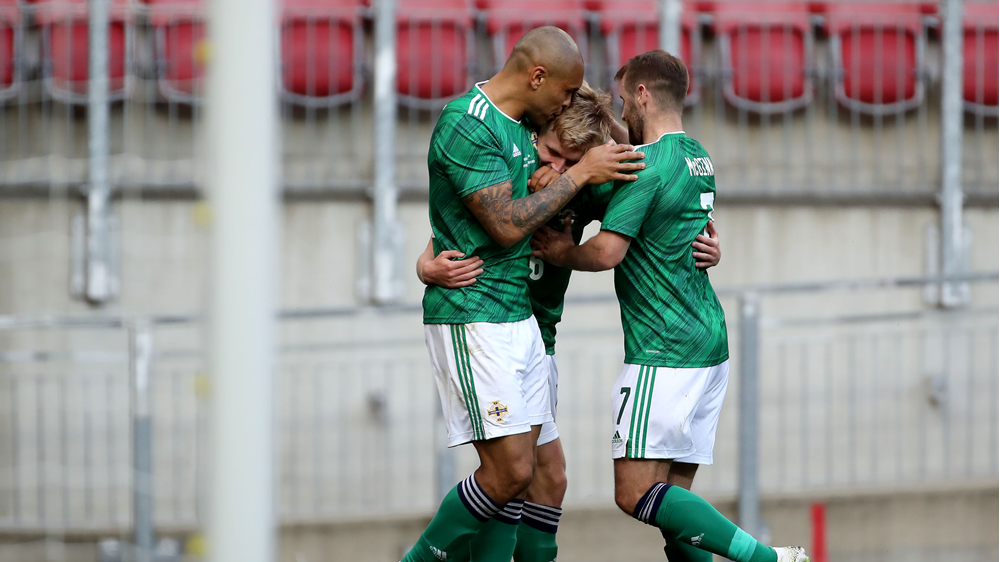 Ian Baraclough's side got off to an ideal start when, inside the opening two minutes, a catalogue of mistakes within the Maltese rearguard allowed Jordan Jones to collect possession on the edge of the area before driving the ball past keeper Henry Bonello.

There might have been a second around 10 minutes later at the Wörthersee Stadion, when another error, this time from Bonello himself, saw the ball fall for Gavin Whyte but the 25-year-old couldn't take advantage of the opportunity.

Malta almost responded soon after, however, when Joseph Mbong embarked on a mazy run before bringing the ball onto his left foot and curling an effort towards goal from the edge of the area but, fortunately, the ball drifted just wide of the far post.

Northern Ireland were presented with a golden opportunity to double their advantage midway through the first half. Whyte was upended by Kurt Shaw inside the box as he took a shot on goal prompting referee Sebastien Gishamer to point to the spot but Josh Magennis could only look on as his subsequent penalty was well saved by Bonello.

It might have proved to be a costly mistake if Luke Montebello hadn't fired into the side netting despite being in a great position front of goal after being found unmarked by a Mbong ball to the far post.

However, two goals early in the second half helped Northern Ireland to ultimately see the game out and secure a first victory in 90 minutes for manager Baraclough.

On 53 minutes Whyte made it 2-0 with a powered finish past Bonello after Stuart Dallas instinctively found him out on the right after a Jones cross was only partially cleared.

Then, a couple of minutes after that, Ali McCann added a third with a close range finish when he kept his cool after Paddy McNair had delivered the ball into his path.

With the game effectively over as a contest, coupled with the usual raft of substitutions, it was perhaps no surprise chances were at something of a premium for the remaining half an hour or so.

McNair worked his way into the area but ran out of steam before he could develop the opportunity while, a little later, both Dion Charles and Liam Boyce failed to get on the end of a Shane Ferguson cross.

But, in the end, it was a much better second half performance from Baraclough's charges and a useful exercise in getting some all important game time for the less experienced members of the squad.