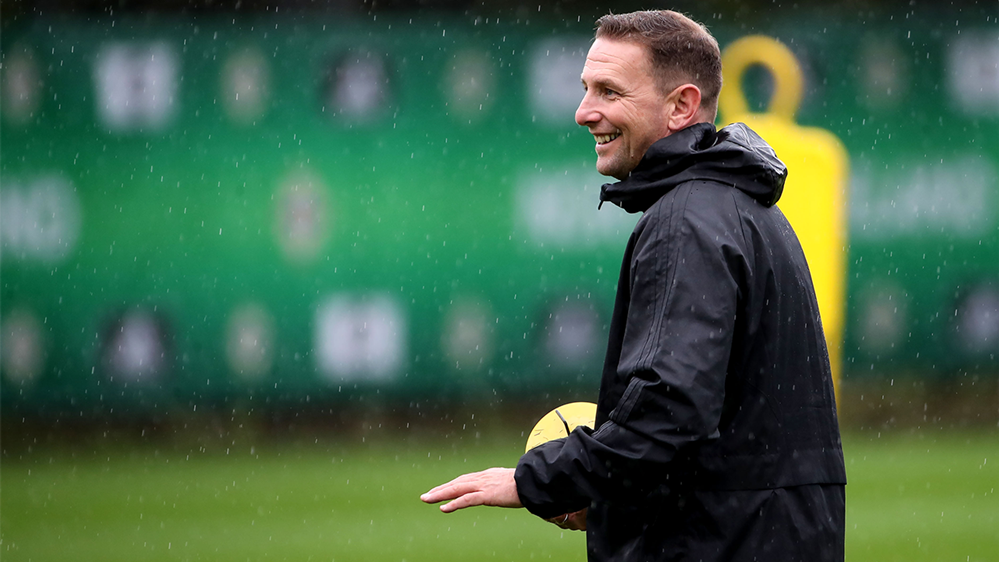 Northern Ireland’s senior men’s team will play Malta in an international challenge match at the end of this month.

Ian Baraclough’s side were scheduled to face Turkey in a UEFA-sanctioned friendly in Antalya on Monday 31 May but with Turkey being placed on the UK government’s red list for travel that match has been cancelled.

Instead Northern Ireland will now play Malta in a friendly on the same date in Austria. The behind closed doors match is being staged at the Wörthersee Stadium in Klagenfurt, with the kick-off time still to be finalised.

Baraclough and his squad are due to travel to Austria for a training camp prior to the game and after facing the Maltese they will prepare for a second end of season friendly – against Ukraine.

The challenge match against the Ukrainians is set to be played on Thursday 3 June at the Dnipro Arena, a 31,000-capacity stadium which is the home of Ukrainian Premier League side SC Dnipro-1. That match will also be played behind closed doors.

Like Northern Ireland, Malta will be using the match later this month to continue their preparations for FIFA World Cup Qatar 2022 qualifiers this autumn. Malta are in Group H of the European qualifiers along with Croatia, Cyprus, Russia, Slovakia and Slovenia.

Back in March they lost 3-1 at home to the Russians before drawing 2-2 with Slovakia away and losing 3-0 to Croatia away.

Under their Italian head coach Devis Mangia, Malta won two, drew three and lost once in UEFA Nations League Group D1 back in the autumn. The victories were against Latvia away and Andorra at home. Their only defeat came against Faroe Islands away. The Faroes won the group to gain promotion to League C, while Malta finished runners-up.

Northern Ireland have not lost against Malta in seven meetings to date. They have won five and drawn two.

The two countries last faced each other in a friendly in Malta in February 2013 which ended scoreless.

Northern Ireland’s most recent encounter against Ukraine was in the group stages of UEFA Euro 2016 when goals from Gareth McAuley and Niall McGinn secured a famous 2-0 win in Lyon.

The friendly against Northern Ireland will act as a warm-up game for the Ukrainians ahead of this summer’s European Championship finals.

Ukraine automatically qualified for the Euros after topping a section (Group B) which also featured holders Portugal, Serbia, Luxembourg and Lithuania. At this summer’s Euros Andriy Schevchenko’s charges will take on Netherlands, Austria and North Macedonia in the group stage between 13 June and 21 June.

Northern Ireland manager Ian Baraclough, who will announce his squad early next week, said the games would allow the players to regroup after a long season in sunnier climes and face off against some solid opposition.