The 23-year-old stopper, who has just joined Blackburn Rovers Ladies from Sheffield United Women (both teams play in Women’s Super League 2 in England), represented Scotland in her youth, from under-15 up to U19 level.

But former Northern Ireland senior women’s team boss Alfie Wylie persuaded her to switch allegiance to the country of her maternal grandparents (grandad from Coleraine, granny from Ballymena) in early 2019 – and she has not regretted that decision.

“Every time I pull on a Northern Ireland shirt I am so proud as I know I am doing it for my grandparents. Unfortunately my grandpa never got to see me represent his country, so every game I play I especially do it for him,” she revealed, adding that qualifying for the Euros has been her proudest moment in football to date. 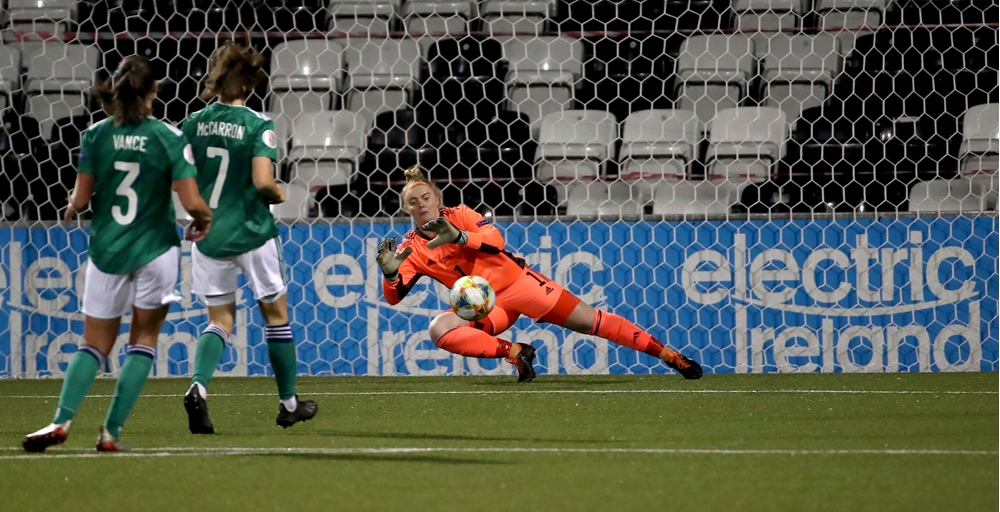 Originally from Aberdeen, Rebecca (known as Becky) played for a boys’ team in the Granite City before entering the women’s game.

“I have been playing football since I can remember. I used to play football with my brothers and dad from a very young age. I played boys’ football from as young as I could, playing until U16s when I had to stop as girls couldn’t play any older than that,” she explained.

Banchory Boys was her club in her younger days, while her first club in the women’s game was Deeside Girls.

She joined Sheffield United Women in August 2019 from Everton and made 13 appearances in goal over a 20-month spell at the Blades.

Becky has won six Northern Ireland caps so far. She made her debut against Kazakhstan in March 2019 at the Gold City Cup tournament in Turkey and then played four times during the UEFA Women’s Euro 2022 qualifiers, including a player of the match performance for Kenny Shiels’ side in the crucial scoreless draw against Wales at Seaview in November 2019.

She also played in the home game and the away match (stepping in after Jackie Burns was sent off) against Belarus last autumn as Northern Ireland closed in on a place in the Women’s Euro play-offs.

And she featured against Norway away (her first competitive match in a Northern Ireland shirt) in the Group C qualifiers in November 2019 and in the friendly against England at St George’s Park earlier this year.

“Enjoy it. You always play your best football when you’re enjoying it, so it’s definitely the most important thing.”

The young goalkeeper revealed her parents have provided her with plenty of inspiration during her footballing career.

“The amount of hours they sacrificed driving me around the country from a young age, and waiting around in the car for me to finish, is something I’ll always remember and be thankful for. Without them and their support for me I would not be anywhere near the level I am at today,” she said.

And when it comes to offering advice to young players, she has a simple message: “Enjoy it. You always play your best football when you’re enjoying it, so it’s definitely the most important thing.”

Bayern Munich are the best team she has played against, while the National Football Stadium at Windsor Park is the best pitch she has played on; she played there for Scotland’s U19s when Northern Ireland hosted the Women’s U19 Euros in 2017. 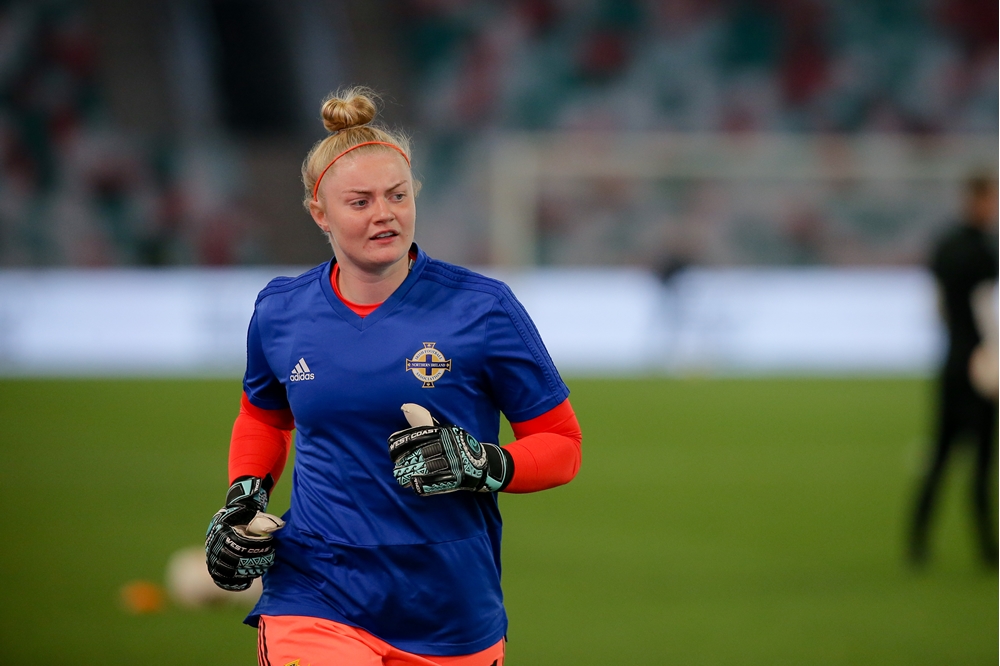 And she reckons Norway winger Caroline Graham Hansen, who plays for FC Barcelona Women, is the best player she has faced to date.

Becky is also a dab hand at other sports. She used to play off a 12 handicap in golf - she won the Scottish U15 handicap competition during her schooldays - but only plays casually now.

She also played badminton for several years, and was part of her university’s badminton team. At U15 level she was ranked eighth at singles in Scotland and fourth at doubles.

And she even found time in her younger days to do competitive swimming, finishing fourth in the Scottish Schools’ 50m breaststroke final at the U12 swimming championships.

Becky’s day job outside of football is lifeguarding. She has a BSc Science and Football degree from Liverpool John Moores University and she would like to be a PE teacher when she eventually hangs up her boots, but hopefully that will be a long way off.