Northern Ireland Women to face Scotland in friendly next month 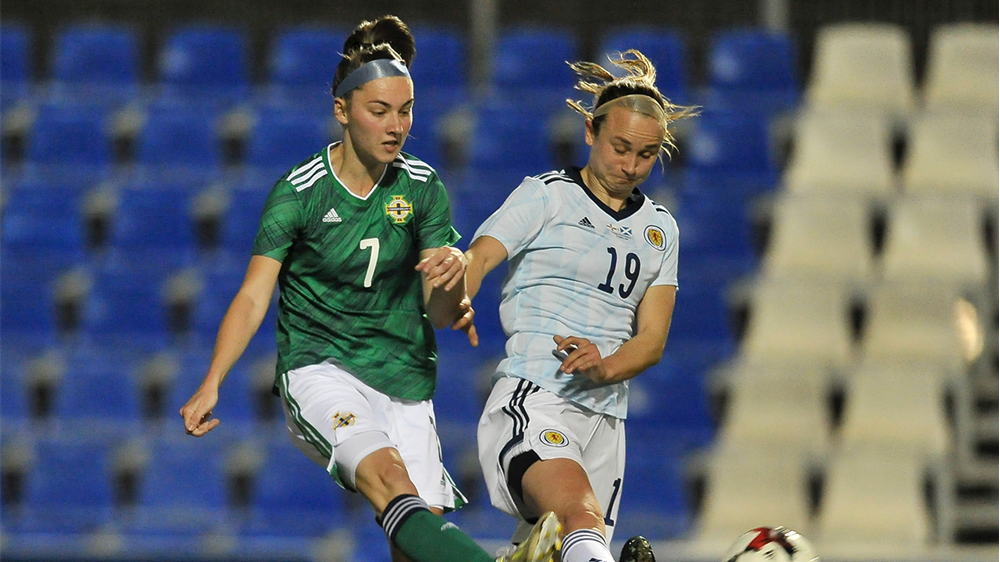 Northern Ireland’s senior women’s team are to play Scotland Women in a friendly in Belfast next month.

The challenge match at Seaview on Thursday 10 June (kick-off 7pm) will be the cornerstone of a training camp that marks the start of preparations for the team’s FIFA Women’s World Cup 2023 qualification campaign, which begins with two home games in September.

Northern Ireland senior women’s team boss Kenny Shiels is expected to have a strong squad to choose from against the Scots, who are also preparing for World Cup qualifiers this autumn.

Scotland are currently ranked 23rd in the world, while Northern Ireland are 48th, although they are expected to rise up the FIFA listings given their Women’s Euro 2022 play-off success against Ukraine last month.

The Scots, who are currently being coached by interim boss Stuart McLaren following the departure of Shelley Kerr in December, had a disappointing Women’s Euro qualification campaign, finishing third in their group behind Finland and Portugal.

However, they have some top players in their ranks, including striker Erin Cuthbert, who was in the Chelsea Women squad for the UEFA Women’s Champions League final against Barcelona Women at the weekend. She came on as a sub in the second half in the decider in Gothenburg, which the Spanish side won 4-0.

The bulk of the Scottish squad play in either the top flight in Scotland (SWPL) or England (WSL1), although their captain, Rachel Corsie, is playing in America with Kansas City these days.

Corsie (31) has played more than 120 times for her country, however she is not the most capped player in the group. That honour goes to Manchester United Women forward Jane Ross, who has made 136 appearances and scored 62 goals for Scotland, while Arsenal Women defender Jennifer Beattie also has over 130 caps.

Scotland, who are also playing Wales in a friendly next month, are due to face Ukraine in their World Cup qualifiers (European Group B) as well as Spain, Hungary and Faroe Islands.