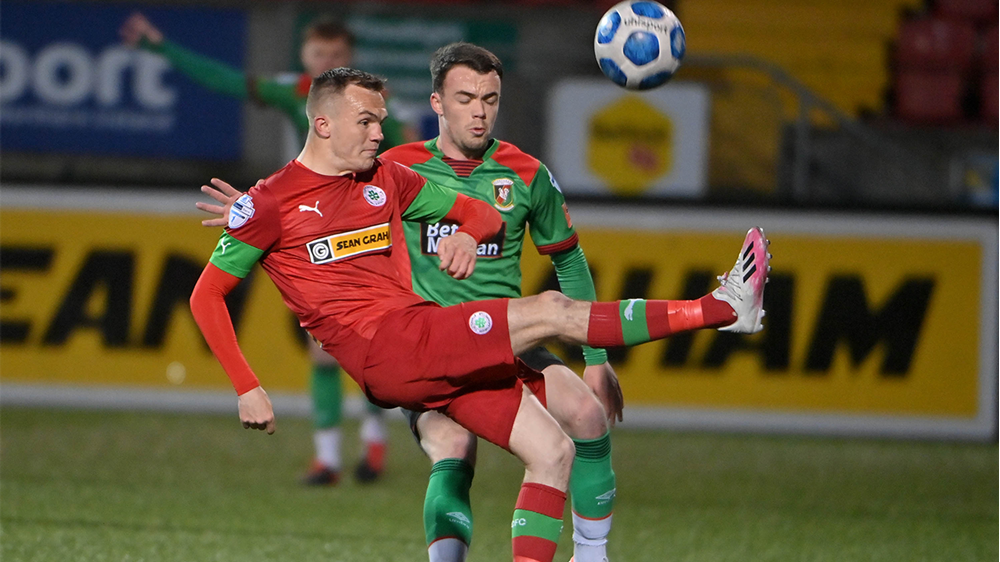 Holders Glentoran’s home fixture against Cliftonville in round two of the Sadler’s Peaky Blinder Irish Cup will be streamed live on BBC iPlayer and the BBC Sport NI website.

The game, which kicks off at 5.30pm, will see the Glens face the Reds at The Oval on Saturday 8 May.

For Glentoran, it's the first game of this season’s competition, having been handed a ‘walkover’ in round one after opponents Dundela withdrew.

Cliftonville come into the tie on the back of a 5-1 defeat of Portstewart at Solitude. Garry Breen, Daire O'Connor (two), Daniel Kearns and Ryan Curran netted in Tuesday evening's clash to set up the all-Premiership encounter.