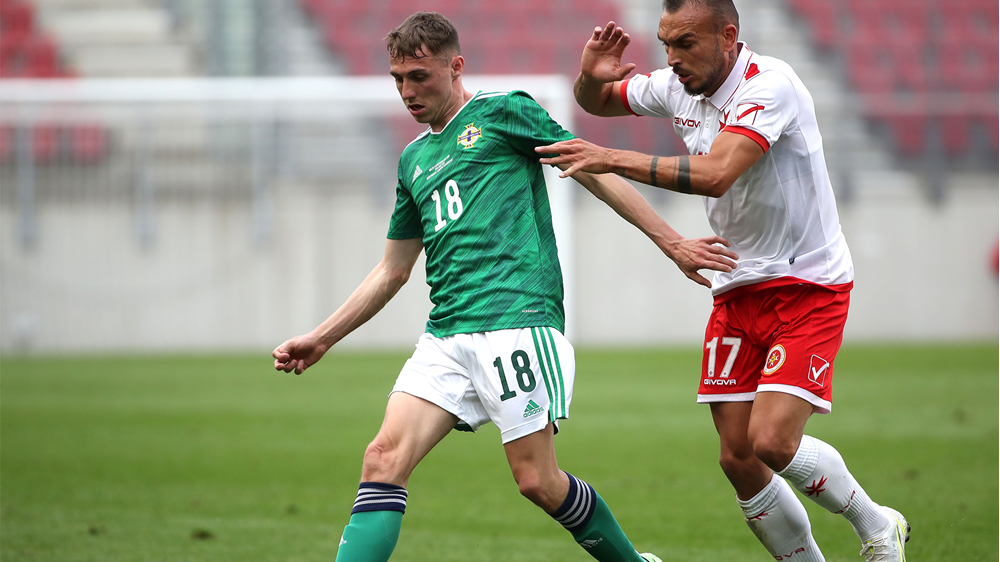 The winger, who operated in an unfamiliar wing back role in the international challenge match, said it was good to return to winning ways.

He said the team needed a win and he felt Northern Ireland thoroughly deserved their success in the behind closed doors friendly against Malta at the Wörthersee Stadium.

“I am really pleased. I thought the boys were brilliant tonight. It was a very controlled performance,” Whyte insisted.

He was also delighted at scoring his third international goal. “It’s always nice to score for this team,” he said.

The winger revealed operating in the wing back role was something different to his normal position and admitted he was not used to defending as much during a game.

“I am just glad to be out there. I will play anywhere the manager wants me to play. I really enjoyed it,” he added.

Whyte also said the team now needed to regroup for the friendly against Ukraine in Dnipro on Thursday, adding that the aim from the end of season trip was to come out of it with two wins.

He said the players were expecting Ukraine to be a tougher test than Malta but they were looking forward to it.