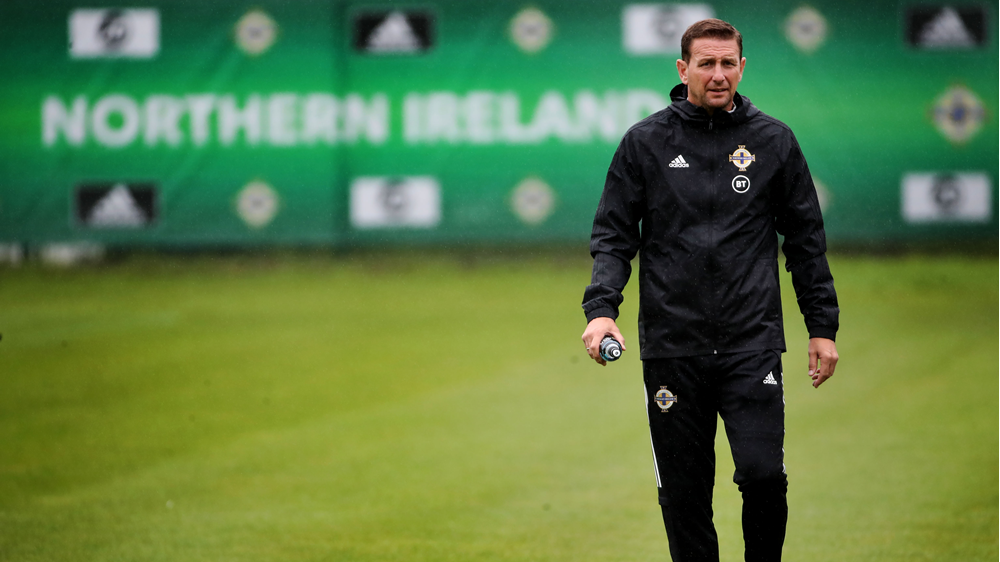 Young Chelsea defender Sam McClelland and teenage Liverpool defender Conor Bradley have been called up to the Northern Ireland senior men’s squad for the first time.

Centre back McClelland (19) and full back Bradley, who turns 18 in July, have been included in a 25-strong senior panel by manager Ian Baraclough for the international challenge matches against Malta on Sunday 30 May and Ukraine on Thursday 3 June.

McClelland, a regular in Chelsea’s U23s this season, has previously played for Northern Ireland at U19 and U17 level.

And Bradley, who has featured for Liverpool’s U23s, U19s and U18s since signing for the Reds in September 2018, captained Northern Ireland Schoolboys (U16) to the Victory Shield in 2018 and has also played for his country’s U17s.

Meanwhile, young Liverpool goalkeeper Liam Hughes (19) has retained his place in the squad after being called up to the seniors for the first time for the triple header in March against Italy (World Cup qualifier), USA (friendly) and Bulgaria (WCQ).

The Liverpool pair and McClelland are the only uncapped players in the group. 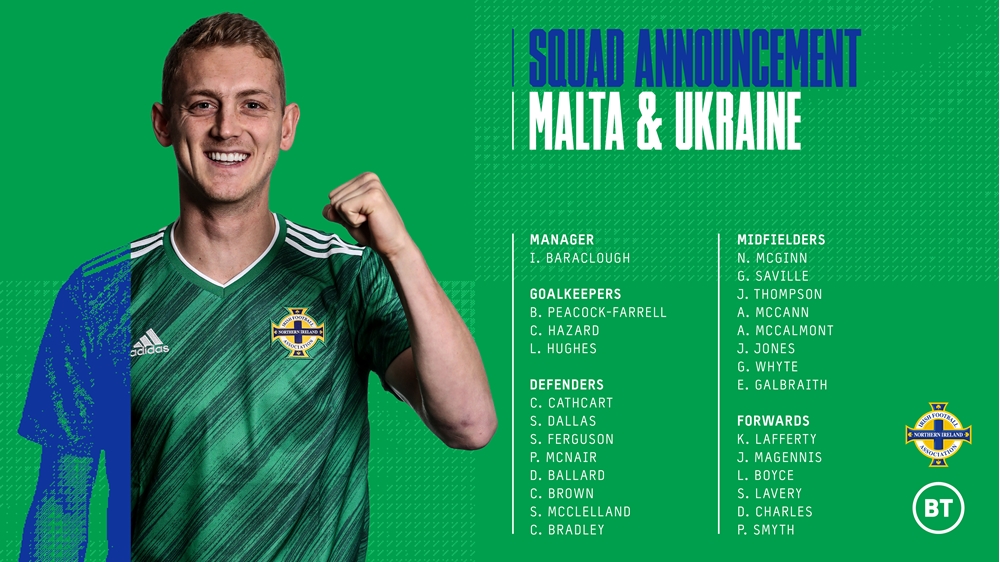 And Middlesbrough defender/midfielder Paddy McNair and Millwall midfielder Shane Ferguson, who are both closing in on 50 caps, will be there, too.

Returning to the group after a lengthy absence is winger Jordan Jones, who has returned to parent club Rangers following a loan spell with Sunderland in EFL League One.

Another player back in the fold is Paul Smyth, the former Linfield striker, whose contract with Queens Park Rangers is about to expire.

Retaining his place in the squad after a maiden call-up last time out is Accrington Stanley striker Dion Charles, who made his debut against the Americans.

In-form Linfield striker Shayne Lavery, who has scored more than 30 goals this term in helping David Healy’s team secure a league and cup double, is in the panel once again after being named as a late replacement for Charlton Athletic forward Conor Washington back in March.

Baraclough’s boys are currently in Austria preparing for the behind closed doors friendly against Malta, which is now being staged at the Wörthersee Stadium in Klagenfurt on Sunday (5pm start UK time). It was originally due to be played on Monday (31 May) but has been brought forward a day to comply with FIFA regulations.