They'll barely have had time to catch their collective breaths but for the remaining eight sides in the Sadler's Peaky Blinder Irish Cup it's back into the heat of action tonight and one step closer to glory later this month.

The quarter-final draw at the weekend produced four intriguing ties and, as was proven on Saturday, nothing can be taken for granted when it comes to a one-off, all to play for occasion.

Loughgall grabbed many of the headlines with victory over Warrenpoint Town to earn the plum draw of welcoming NIFL Premiership league leaders Linfield to their Lakeview Park ground.

Nedas Maciulaitis grabbed the only goal of the game in the win over 'Point after just three minutes and, whilst it wouldn't have been unreasonable to expect Barry Gray's side to bounce back from going behind so early on, the Villagers showed true grit and determination to hold on to their slender advantage in what was only their second competitive game this season.

Linfield, on the other hand, swept to a comprehensive 5-2 home win over Dungannon Swifts thanks to an early own goal plus strikes from Stephen Fallon, Andy Waterworth and Cameron Palmer. On paper Linfield look favourites to progress this evening but it would be unwise to reckon against a Loughgall side on a crest of a wave following their weekend exploits, and at their own ground, too. 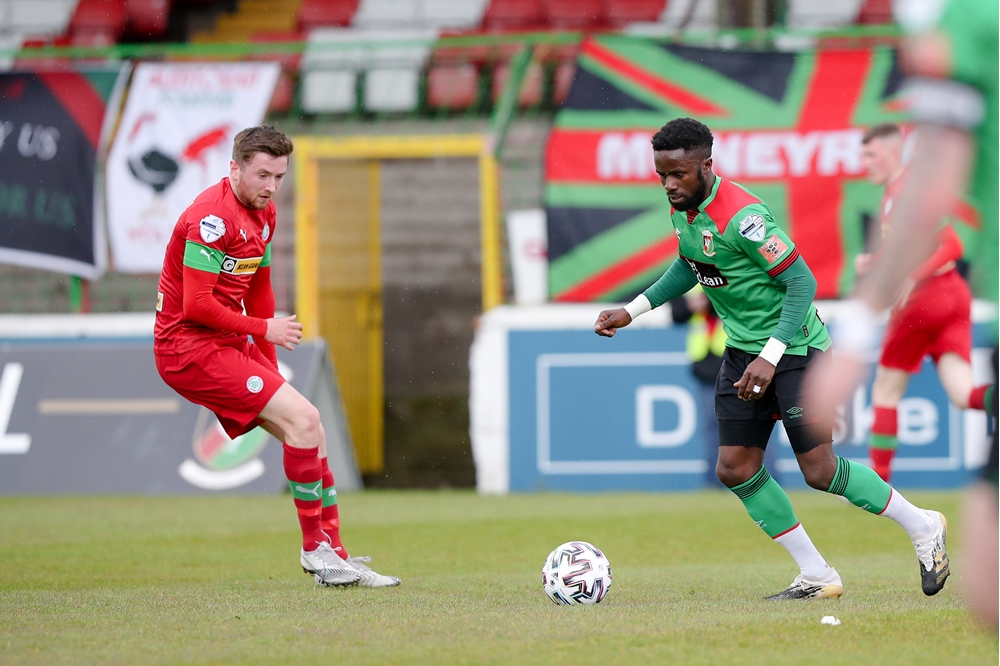 If holders Glentoran are to successfully defend the trophy it seems they are going to have to do it the hard way. After Saturday's narrow 1-0 win over Cliftonville, thanks to Rory Donnelly's header just before the hour mark, Mick McDermott's charges now have to get past Crusaders at The Oval.

The Crues overcame a potentially tricky encounter away to Knockbreda courtesy of goals from Adam Lecky, Daniel Larmour, Ben Kennedy, Jordan Owens and Rodney Brown to secure their quarter-final berth.

And they hold the upper hand in games against the Glens this season, winning two out of three, although perhaps significantly Glentoran's only victory came in the most recent encounter just a few weeks ago and also the only one played at The Oval.

As if the prospect of a semi-final place wasn't enough, a local derby raised the stakes that much higher when the draw paired Larne with Carrick Rangers at Inver Park. The east Antrim rivals both got past Premier Intermediate League opposition at the weekend, although their experiences couldn't have been more different.

While Larne were hitting no fewer than eight goals against Dollingstown, Rangers were made to battle all the way to squeeze past Bangor by having to twice come from behind before eventually emerging victorious via a penalty shoot-out.

Larne bossed the three prior encounters between the sides this term, claiming a 100 per cent win rate and bagging eight goals to Carrick's two, not to mention a clean sheet in the most recent clash early last month. 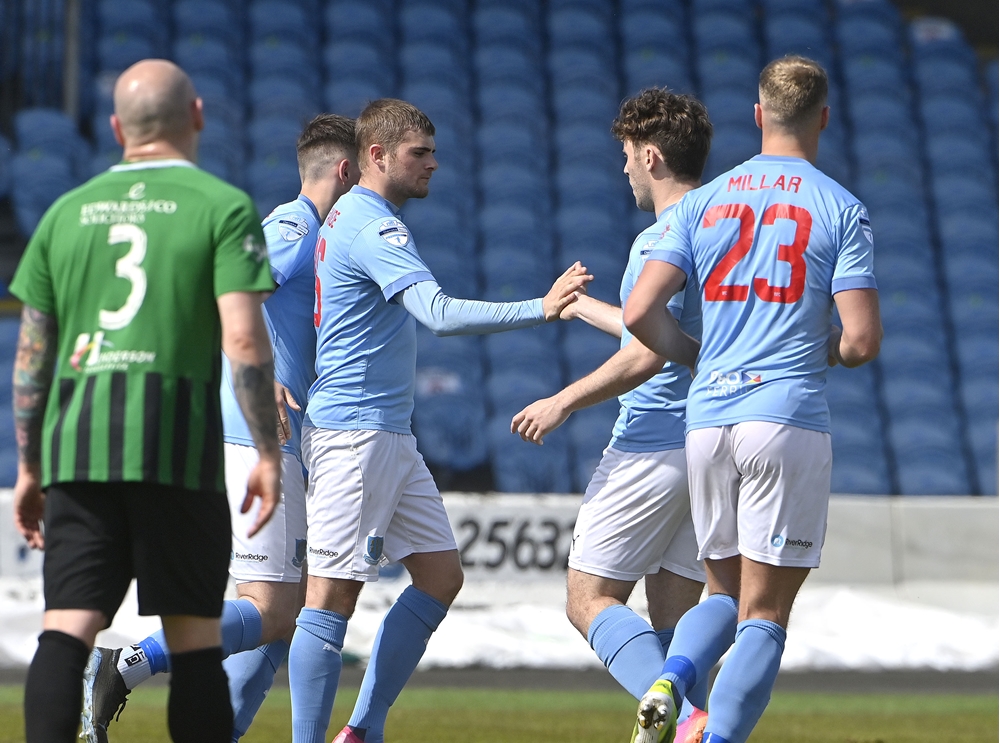 Meanwhile, at The Showgrounds, last season's losing finalists Ballymena United will host Dergview in another game that, in theory, favours the home side. Indeed David Jeffrey's men are currently enjoying a rich vein of form having won their last four on the trot, hitting 16 goals in that time, which included a 5-0 defeat of PSNI in the last round.

However, Sky Blues fans will do well to be aware of complacency setting in against a Dergview side that got past St James' Swifts on Saturday and Ballinamallard United on penalties prior to that. Or wind back to the start of the season and consider a 2-1 win over Coleraine on the Ballycastle Road in the North-West Cup, a victory that featured nine of the side that played at the weekend.

Each fixture in the quarter-finals will have a member of staff from the Irish FA assigned to it to act as ‘Match Observers’ to monitor adherence to Irish Cup protocols and ensure the competition is delivered as safely and responsibly as possible.