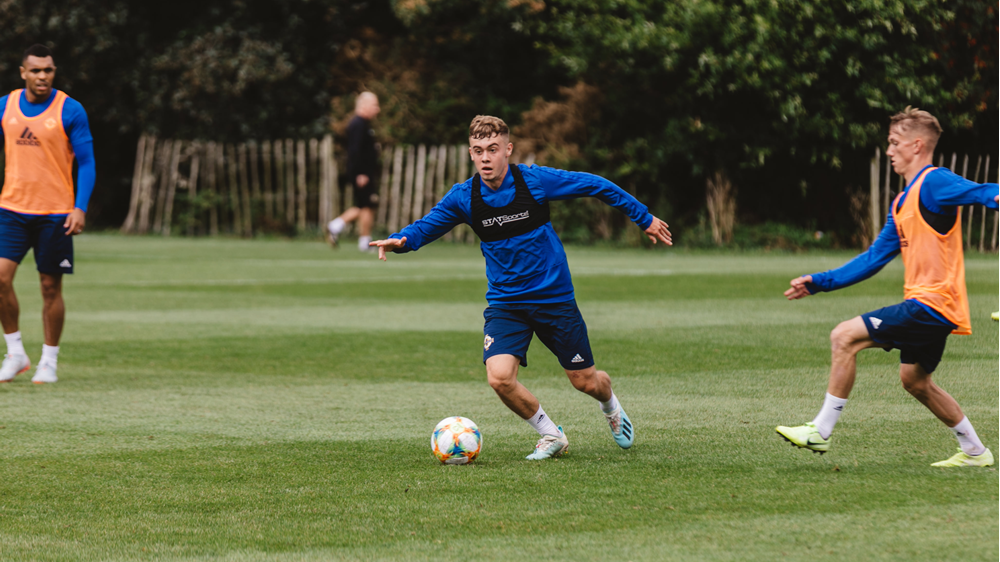 Alfie McCalmont is relishing being part of the Northern Ireland senior men’s squad for this week’s games against Malta and Ukraine.

The 21-year-old was named in Ian Baraclough’s 25-man squad for the upcoming friendlies and is aiming to make his mark.

The Leeds United man’s call-up is reward for sterling performances while on a season-long loan at Oldham Athletic where he chipped in with crucial goals from midfield.

He’s been pleased with the progression he’s made while on loan at Boundary Park and is keen to push on and establish himself at international level and with Leeds.

“I’ve just got to keep progressing,” he said. “That’s what my aim is at the start of every season. I added goals to my game this season and hopefully I can keep doing that.

“I wasn’t really renowned for scoring a lot of goals before but this year it has happened so hopefully that continues.”

He’s has a taste of it before but McCalmont, who qualifies for Northern Ireland courtesy of his dad’s Carrickfergus roots, is keen to get some more senior international minutes over the course of the next week and says Baraclough’s belief in youth is a real boost to all the younger players involved.

“My aim is to get some more game time,” he added. “I’m concentrating on training well to give myself the best chance to be involved. If I do get the chance I’ve just got to get out there and show what I can do.

“It’s positive for all of us. Obviously there is a lot of younger lads on this trip.

“The fact we’ve been given the chance to be part of the squad shows that we’ve got to repay the boss for the faith he’s shown in us by putting in good performances.”