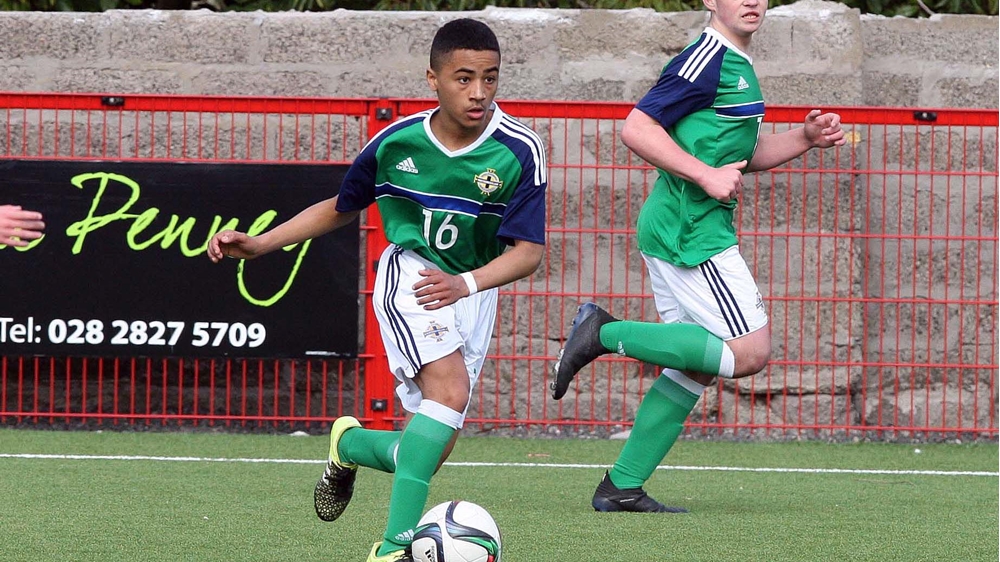 The games will kick-start preparations for the Victory Shield in November when the Northern Ireland U16 Schoolboys will be looking to retain the trophy.

U16s manager Gerard Lyttle believes he has “a strong squad” for this week’s games, the first of which is being played at Knockbreda this evening (19 August), with a 6.45 start.

“This year, like previous years, has proved difficult regarding squad selection as competition for places has been as strong as ever,” he revealed.

“This is an important first step into international football and we hope that the boys enjoy the experience as part of their football development.”

The second game against the Estonians is being staged on Wednesday (21 August) at Stangmore Park in Dungannon (7pm kick-off).

Next month the U16 Schoolboys will be playing two friendlies against Finland away and in mid-October they will play two home challenge games against Poland before heading to the four-team Victory Shield tournament in Wales at the end of October.

Image: Ethan Sousa is in the U16 squad for the friendlies against Estonia.