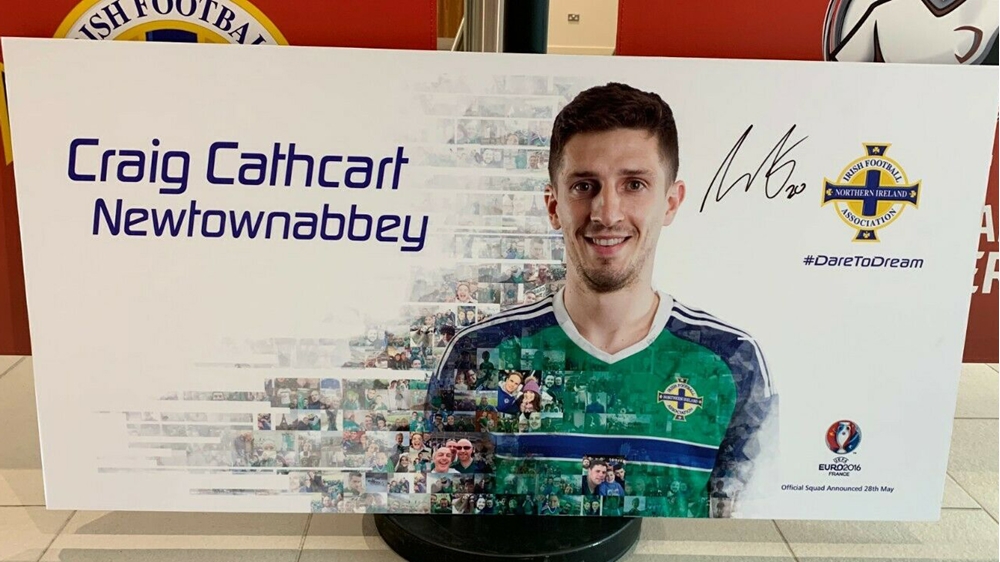 The images on the boards, featuring a fan mosaic of international stars Craig Cathcart and Stuart Dallas, have been autographed by the players.