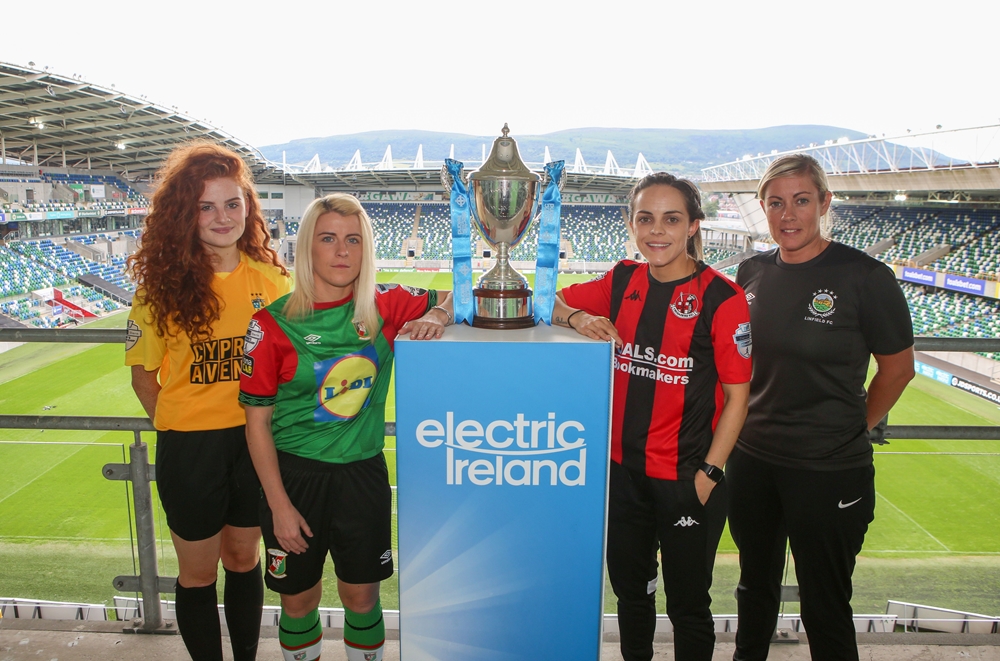 Both last-four ties are set to be played on Saturday evening and things are set up nicely to deliver two intriguing battles.

Holders Glentoran Women’s FC face Comber Rec Ladies at Seaview. The Glens booked their spot in semis thanks to a 3-0 win at Cliftonville Ladies last month.

They’re up against a Comber side who have seen off Derry City Ladies and Ballymena United All Stars en route to this stage of the competition.

The Crues, who last lifted the trophy as Crusaders Newtownabbey Strikers in 2011, saw off Lisburn Ladies at quarter-final stage to set up the clash against the Blues.

Linfield go into this one on the back of a thumping 13-0 second-round win against Downpatrick Ladies and a strong 3-1 success over Sion Swifts in the last eight.

A trip to the National Football Stadium at Windsor Park awaits the winners of Saturday night’s ties, with the showpiece scheduled to be staged on 21 September.