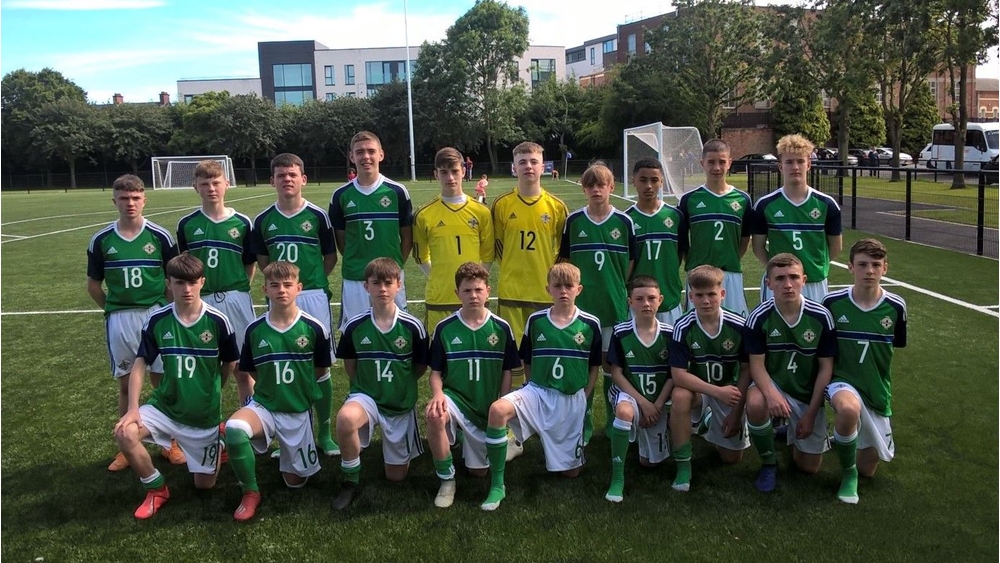 After defeating Malta 3-2 and narrowly losing to the host nation the boys in green and white were expected to get the better of Cyprus.

But there was a sense of déjà vu as the Cypriots won the game on a 2-1 scoreline at the Football Association of Wales training centre at Colliers Park, Wrexham.

Northern Ireland were on top throughout the first half and deservedly went into the half-time break with a 1-0 lead thanks to a Jamie Donley free-kick which took a deflection off Jack Patterson to wrongfoot the Cyprus goalkeeper.

In the second half Cyprus pushed hard for an equaliser but JD Club NI stood firm and looked to have the game won until two goals in the last 10 minutes handed Cyprus the victory.

It was a cruel end to a game which McClean’s team dominated for long periods, and it was also a disappointing end to a tournament in which Northern Ireland performed well throughout but did not get the results their play deserved.