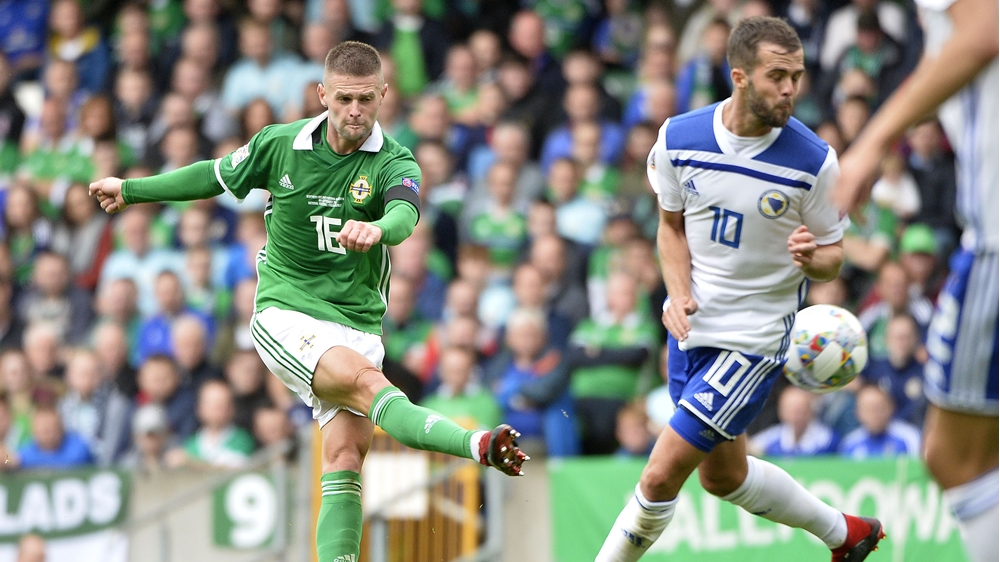 Oliver Norwood has announced his retirement from international duty with Northern Ireland.

The 28-year-old Sheffield United midfielder has decided to call time on his international career to concentrate on his club football. The Burnley-born player won 57 caps for the senior Northern Ireland team and also made 18 appearances for his adopted country at U19 and U21 level.

In a statement, issued by his club, he said: “After proudly representing Northern Ireland on 57 occasions, I feel now is the right time to announce my retirement from international football.

“I’ve enjoyed the highs of a major tournament - being part of the squad in France at Euro 2016 was the proudest point of my international career.

“I would like to thank the manager, Michael O’Neill, for selecting me on so many occasions to represent my country, and also to the players I’ve played with through the years. We’ve had some enjoyable times.

“A huge thank you, too, to the GAWA (Green and White Army) for the tremendous support offered through the years. In my opinion the GAWA really are the best fans in the world and hopefully the squad can deliver more success for them to enjoy.”

The former Manchester United, Huddersfield Town, Reading, Brighton and Fulham midfielder made his full international debut under former Northern Ireland boss Nigel Worthington when he came on as a substitute in a 2-0 friendly defeat to Montenegro in Podgorica in August 2010.

However, 52 of his 57 appearances for his country have come during the reign of current manager Michael O’Neill.

Remarkably, despite a good goalscoring record at club level, he never managed a goal for the senior international side, however he did score for both the Northern Ireland under-21 (four) and under-19 teams (three).

Norwood is guaranteed a place in Northern Ireland football folklore with his excellent delivery from a free-kick which defender Gareth McAuley headed home to register Northern Ireland’s first goal at a European Championship finals. Niall McGinn added to that goal to help Michael O’Neill’s team secure a 2-0 win against Ukraine in Lyon at Euro 2016 in France.