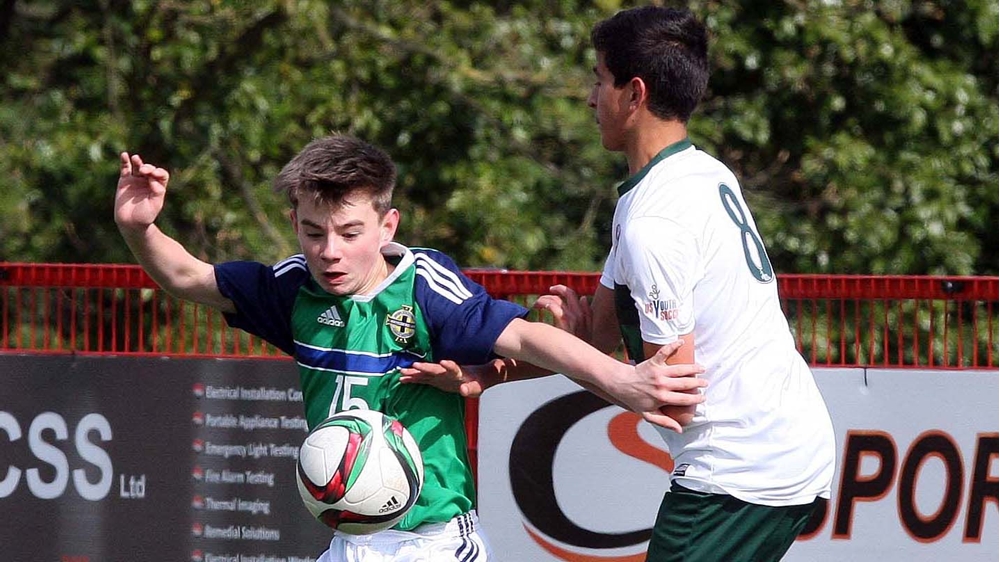 JD Club NI U15s narrowly lost out to hosts Wales in their second match at a four-team UEFA development tournament.

Michael McClean’s Northern Ireland team, who defeated Malta 3-2 earlier in the week, were beaten 3-2 by the Welsh in Wrexham, however they deserved at least a share of the spoils after playing some good attacking football.

JD Club NI took an early lead through a Jamie Donley penalty, however Wales responded with two goals in quick succession to nudge in front.

Just before the end of the first half Northern Ireland levelled through a great strike from Luca Doherty. He smashed the ball home from outside the box.

McClean’s team had the better of the first half and should have gone in at half-time with the lead but didn’t take their chances.

The second half was a tighter affair, with few clearcut opportunities carved out, however Wales went in front again midway through the half.

Northern Ireland responded well and in the last 10 minutes the hosts had to absorb a lot of pressure.

Unfortunately JD Club NI couldn’t find the elusive equaliser. But it was a good performance overall and not the result their play deserved.

In their final game tomorrow (17 August) they will face Cyprus at the Football Association of Wales training centre at Colliers Park.