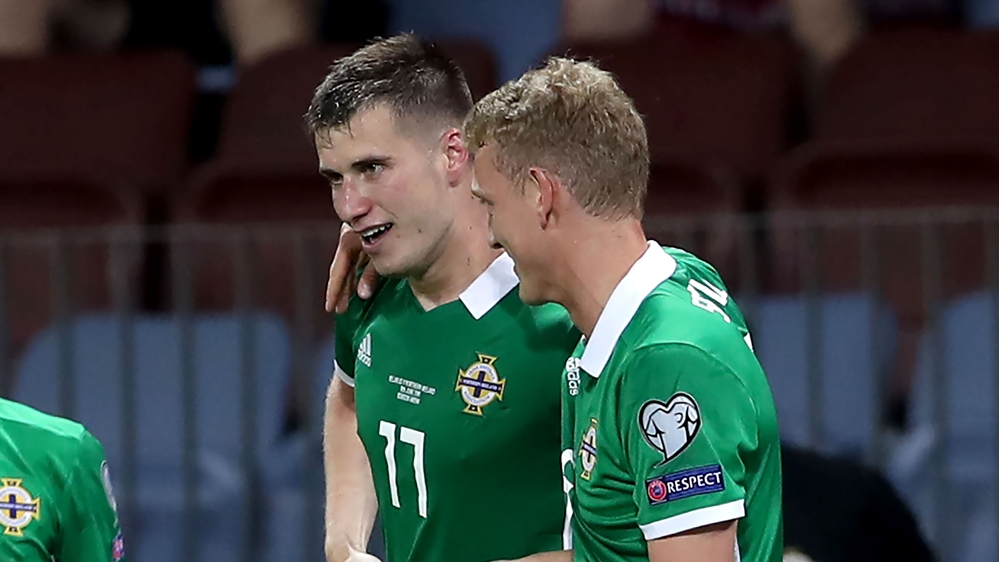 Midfielder Paddy McNair scored his first goal for Middlesbrough at the weekend as Jonathan Woodgate’s side were held to a 1-1 draw at home by Millwall.

The 24-year-old has been one of the major plus points for Middlesbrough in the first month of the season and Woodgate would like to see McNair add more goals to his game this term.

“He’s got that finishing in him,” declared Woodgate, “I want my number eights to score between eight and ten goals a season.

“If they do that, they’ll have a good season, and Paddy can do that.

“Paddy’s an old-school type player who can go box to box with the ball,” he added. “You can see how he runs with speed, he runs with a real desire to try to commit players.

“I thought he deserved the goal on his second-half performance.”

Elsewhere in the Championship, McNair’s International team-mate Stuart Dallas chalked up his first of the season as Leeds United stayed top of the table with an impressive 3-0 victory at bottom-placed Stoke City.

The 28-year-old former Crusaders man opened the scoring for the visitors after he latched on to a superb pass from Pablo Hernandez three minutes from the break.

Speaking to LUTV Dallas said: “With Pablo you know whenever he gets the ball he can come up with that bit of magic and it’s just a pinpoint pass and Pablo does that all the time, there’s probably no better player to have on the ball.

“It’s a good away performance and good start for us,” he added, “but one thing we’ve learnt from last year is we can’t look too far forward and I know everyone says it but we’ve got to take one game at a time – and that starts with our next game on Tuesday night.”

In Scotland, Liam Donnelly continued his fantastic start to the campaign when he scored from the penalty spot as Motherwell secured their first win of the season with a 3-1 success at Hamilton Academicals.

It was the former Fulham trainee’s seventh goal in just seven appearances for Stephen Robinson’s outfit this term.

Meanwhile, striker Conor Washington scored for the second game running when he hit a consolation goal for Hearts in their 3-1 reverse against Celtic at Parkhead yesterday.

There was worrying news for international boss Michael O’Neill though as Hearts full-back Michael Smith limped off the field after just 18 minutes with a hamstring injury.

“He just said it tightened up and it felt like it was going to go, which would then be as bad as three months. So the decision to take him off was fairly easy to make.”

On the plus side for the Northern Ireland boss, who names his squad on Wednesday for the upcoming games against Luxembourg and Germany, his three Premier League players Jamal Lewis, Craig Cathcart and Jonny Evans all played the full ninety minutes for their respective clubs at the weekend.