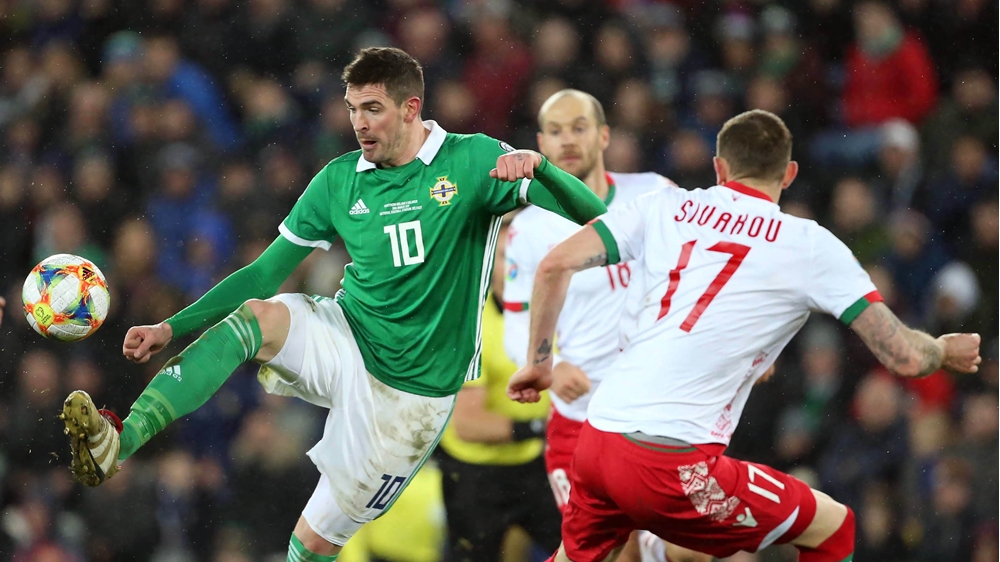 Striker Kyle Lafferty has penned a deal with Norwegian side Sarpsborg 08 after being released by Rangers last month.

Following his move to Sarpsborg, who are currently bottom of the Eliteserien, Lafferty told the club website: “I’m here to score goals and work really hard for the team and the club that I’ve got a really good impression of.

“Despite the loss to Strømsgodset, I think it was a positive. The team may not have played their best game, but there were opportunities for scoring there.

“I want to come up with something different and an experience I hope the team will enjoy.”

Sarpsborg 08 have 11 games remaining to avoid relegation and the 6ft 4ins Fermanagh man admits he is ready to step up to the mark.

“I'm here to help save the club’s place in the Eliteserien and I’m really looking forward to it,” he added.

“I'm a big, strong striker. I know tough battles are coming, but I’m always ready for a fight. It’s going to be 90 minutes with tough battles.

“I hope we can start on Sunday (at home to mid-table Viking) with three points and maybe a goal or two.”

During his career, which will now have spanned 10 clubs and six countries, Lafferty has played 440 club games and scored 105 goals.

The 31-year-old, who has also scored 20 goals in 73 appearances for Northern Ireland, will be hoping to be named in Michael O’Neill’s panel for the forthcoming games against Luxembourg and Germany which is announced tomorrow.

Meanwhile, another Enniskillen-born player, Ben Hall, has signed a short-term deal with Scottish Championship side Partick Thistle until January.

The former under-21 defender was released by Premier League outfit Brighton & Hove Albion in the summer and he put-pen to paper on a deal after a successful trial period at Fir Park.

“I was out of contract with Brighton and I left in May so I’ve just been looking for a club really,” Hall said. “The gaffer got in touch to ask me to come in for training so I’ve been in for a bit and I’m delighted to finally get something sorted.

“From the first day the guys have been bang on with me and helped me settle in really easily so that’s been nice too.

“For me this season’s going to be about getting back playing football and enjoying it again. From my time in Scotland before with Motherwell I really enjoyed my time there so I’m hoping it can be the same here.”