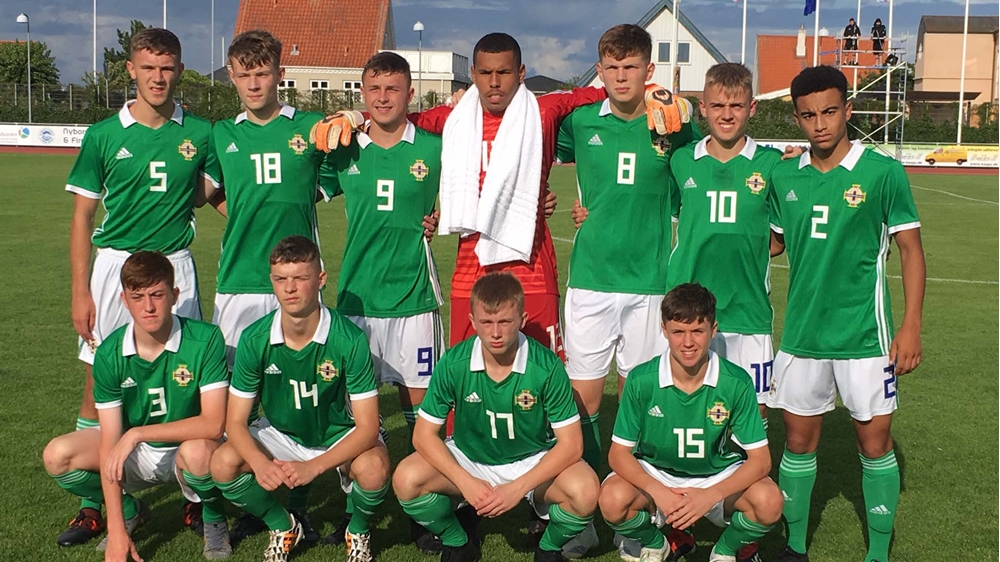 Goals from Ross McCausland and Matthew Walker fired Northern Ireland U17s to a 2-0 win over the Faroe Islands in the Nordic Cup.

Last night’s match, which had been postponed on two occasions due to stormy weather in Denmark, was dominated by Stephen Frail’s boys who enjoyed the majority of possession throughout.

The opening goal arrived after 36 minutes when McCausland picked up a through ball and danced his way into the box where he was upended. The referee duly pointed to the spot and McCausland dusted himself down to convert from 12 yards.

Despite their dominance at the Sports Centre Nyborg, Frail’s lads didn’t have it all their own way and the Faroes created their own opportunities to score but they squandered two free headers which were misdirected, much to the relief of the Northern Ireland defence.

On the stroke of half-time, McCausland almost doubled NI’s lead when his chip clipped the Faroes’ crossbar.

That much-needed second goal arrived shortly before the hour-mark when Matthew Walker put the game beyond doubt after he muscled his way to connect with a long deep cross and headed past the Faroes ‘keeper.