Northern Ireland Under 17s lose 4-0 to Sweden in Denmark 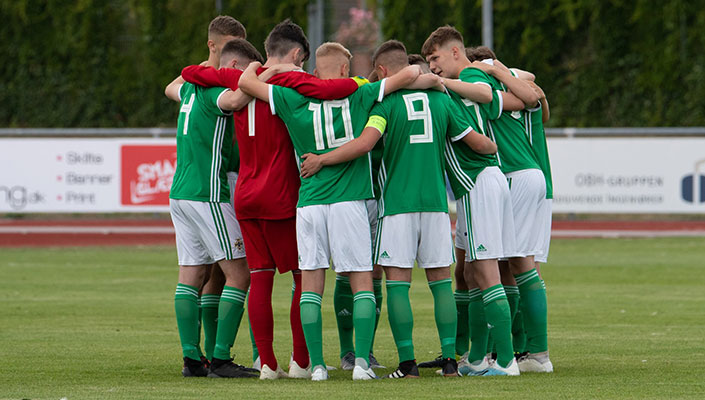 Northern Ireland Under 17s made a losing start to the Nordic Cup in Denmark at the hands of Sweden.

A first-half goal from Ludvig Navik gave the Swedes a 1-0 lead at the break before three second half goals from Oscar Vilhelmsson, Noah Tesfai Negash and Ben Engdahl condemned Northern Ireland to a 4-0 defeat.

In the early stages Northern Ireland 'keeper Connor Byrne and his defence kept Sweden at bay but the breakthrough came just after the half-hour with a brilliant solo goal from Navik who collected the ball on the halfway and evaded all challenges to slot the opener in.

Ross McCausland came closest for the Under-17s with a couple of efforts from outside the area but was unable to get past Casper Widdell in the Sweden goal.

The second half didn't start as well as the first as Vilhelmsson scored within 20 seconds of the restart. With many subs happening, Sweden then scored two more late goals in the final minutes to make it 4-0.

Stephen Frail's side next play the Faroe Islands on Wednesday at 6pm local time.