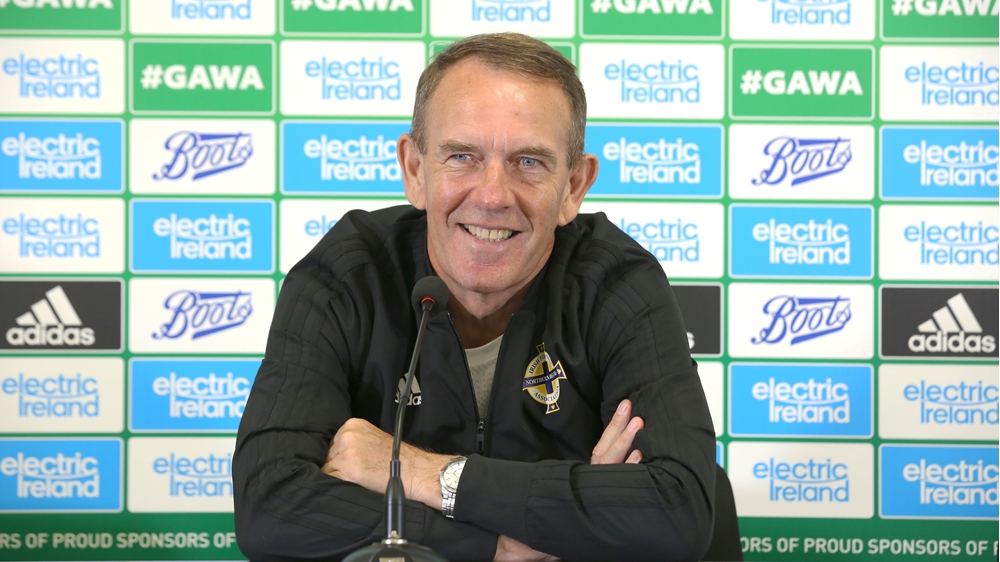 Shiels, who was appointed to the role back in May, has opted for a mix of solid experience, new faces and a smattering of exciting young talent in his panel for UEFA Women’s Euro 2021 qualifiers against Norway and Wales.

Northern Ireland face Norway, who reached the quarter-finals of this year’s Women’s World Cup in France, on Friday 30 August at Seaview Stadium in Belfast (7.45pm).

And four days later (Tuesday 3 September) his team will be taking on Wales at Rodney Parade in Newport (7pm).

Norway are the top seeds in Qualifying Group C, while the Welsh are second seeds. Northern Ireland, seeded fourth, will also face Belarus (third seeds) and Faroe Islands (fifth seeds) in the qualifiers.

Shiels has chosen five players in his squad who have yet to make their competitive debuts for the senior women’s team. They include Leicester City Women’s defender Natalie Johnson, who featured in two friendlies earlier this year, and Linfield Ladies midfielder Chloe McCarron, who last played for Northern Ireland in three friendlies back in 2015.

New to the senior panel are Birmingham City Women midfielder Rebecca Holloway, who has previously featured for the U19s, and Sion Swifts Ladies defender Claragh Connor. Defender Yasmin White (Glentoran Women), once a mainstay of the U19s, has been in senior squads before but has yet to start at senior level.

The remainder of the squad is made up of experienced internationals such as Julie Nelson, captain Marissa Callaghan, Ashley Hutton, Sarah McFadden and Rachel Furness alongside younger players like Megan Bell, who moved from Linfield Ladies to Durham Women this summer, and her former club team-mate Rebecca McKenna.

Nine group winners, plus three runners-up with the best records, will automatically qualify for the Women’s Euros in England in 2021. The other six runners-up will play off in October 2020 for the remaining three berths in the 16-team finals.

See graphic below for full squad: 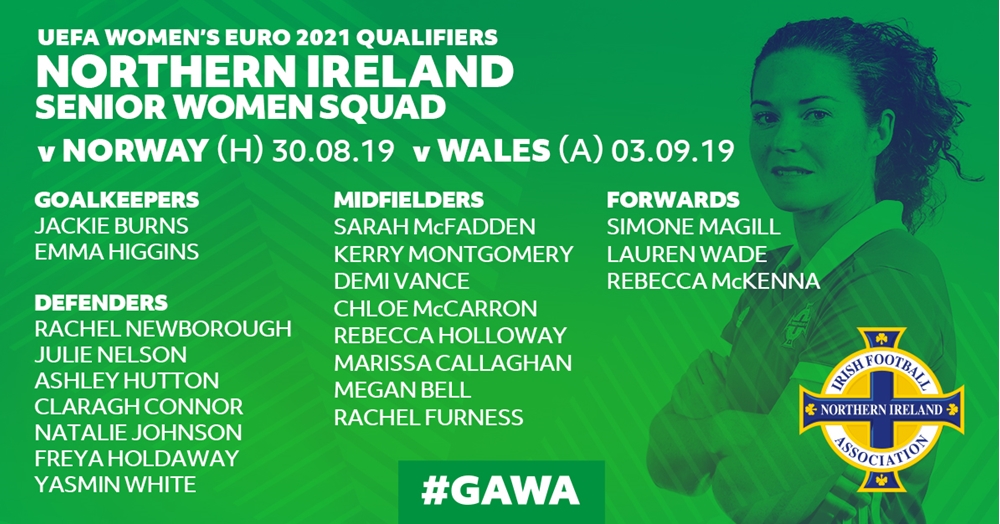