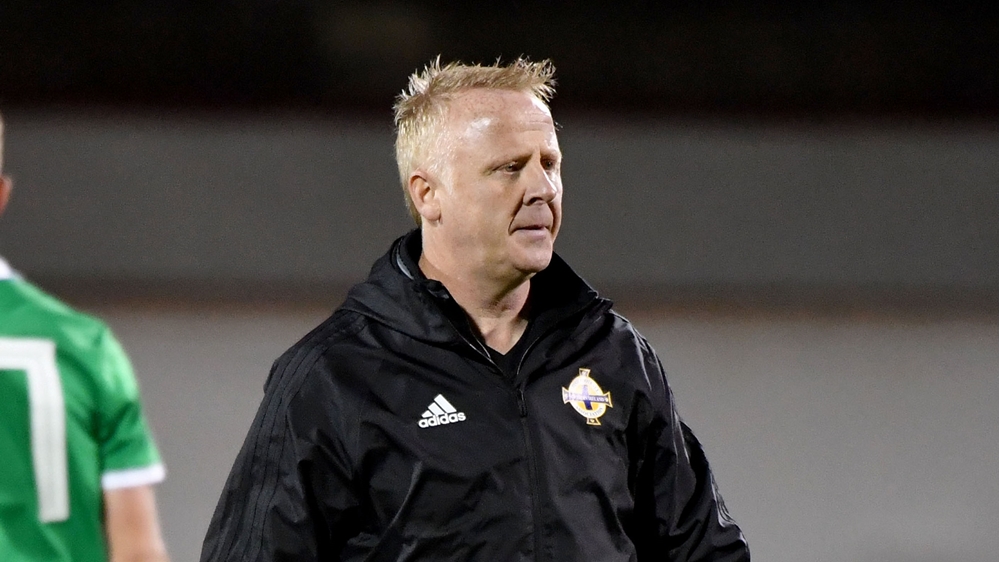 Northern Ireland Under-17s go head-to-head with the Faroe Islands at the Nordic Cup on Wednesday and manager Stephen Frail is expecting a tough challenge.

Frail saw his side suffer a 4-0 defeat to Sweden in their opening match of the annual friendly tournament but he’s expecting his players to bounce back from that setback in tomorrow's clash (kick-off 6pm CET).

“We’ve met the Faroes before in development tournaments and done well. They’re a big, strong and physical side and we know how difficult it will be, but we feel we have the players who can go and impose their game and themselves on the Faroes,” Frail told irishfa.com.

“This morning in training we worked on one two more things that we hoped we could have done better in against Sweden so hopefully the results of that work will be seen in the match.”

Reflecting on his side’s performance in Monday's match against the Swedes, Frail added: “It was a poor defeat losing 4-0; you don’t want to lose any game by that scoreline but for large chunks of the match - mainly in the first half - we were really pleased with the way we played.

“We got the ball down and the lads passed it the way we asked them. We probably never caused them enough problems in the final third but in terms of keeping possession and controlling the game, we looked a really good side for 30 minutes and then we gave away a poor goal.  We conceded early in the second half and then it was an uphill struggle from there.”

“The squad is made up of a lot of the boys who were successful in last year’s Victory Shield and one or two who had played in the Under 17s last year who have stepped up. This tournament is good preparation for our UEFA European Championship qualifiers.  This is the third year we’ve been at it and it’s a tournament for us to work on things… so it’s invaluable and it always has been for us.

Should Northern Ireland defeat Faroe Islands in tomorrow’s game, they will face the winners of Finland or Iceland for a chance to claim fifth place in the tournament.