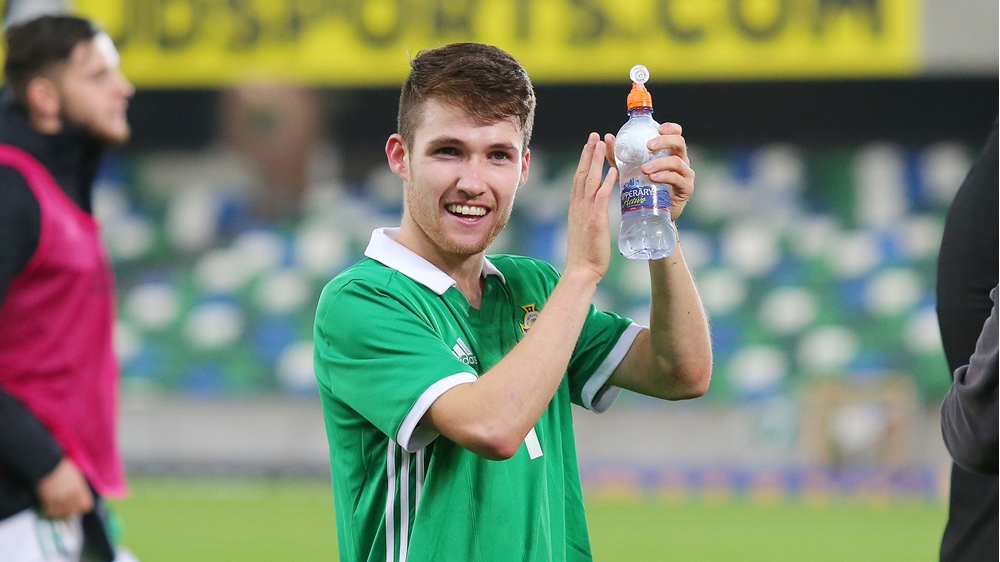 Northern Ireland winger Paul Smyth got his Wycombe Wanderers career off to a brilliant start by scoring on his debut in their 2-0 opening day victory over Bolton Wanderers on Saturday.

The 21-year-old, who is on a season-long loan at Adam’s Park from QPR, rounded the visitors ‘keeper in the 56thminute to open the scoring for the hosts but admitted the final score should have been greater.

“Alex Pattison should've scored five himself,” the former Linfield player told the Wycombe website. “He had so chances on his left foot and I think he knows that himself.

“But we’re getting in the positions to score the goals and that’s the main thing.

“The gaffer had a plan and that was to press whenever we could and we did that,” he added. “Obviously it was a bit frustrating in the first half where we couldn’t get a goal and the second half we just went all out again.

“Thankfully, Ant (Anthony Stewart) has played the ball in behind and I have chased it down and there was a bit of a mishap between the keeper and the full-back and I nicked in and tapped the ball home.”

Also on the scoresheet on the opening day of the new season was Lincoln City midfielder Michael O’Connor who played 82 minutes of the Imps 2-0 home victory over Accrington Stanley despite struggling with a quad strain.

“I picked up the injury at the start of pre-season,” explained O’Connor, “I trained last Wednesday for the first time in two weeks but the gaffer asked me could I give him sixty minutes, so I thought I’d give it a go though.

“I actually lasted longer but I was tiring a little towards the end.”

Meanwhile, in Scotland, Billy McKay continued his amazing start to the campaign when he scored his fifth of the season as the Staggies marked their return to the Scottish Premiership with a handsome 3-0 home success over Hamilton Academicals.

Winger Niall McGinn certainly made an impact when he came on as a substitute in Aberdeen’s 3-2 win against Hearts. He won a penalty that led to the equalising goal on 80 minutes and then shortly afterwards set up Ryan Hedges a dramatic winner.

In the Championship in England, former Crusaders winger Gavin Whyte made his debut for Cardiff City as a second-half substitute as Neil Warnock’s side crashed to a surprising 3-2 reverse at Wigan Athletic.

Finally, former Coleraine wide-man Stephen Dooley put through his own goal in the dying moments of Rochdale’s contest at Tranmere Rovers, but in the end, it did not matter as Dale secured all three points with a 3-2 win.