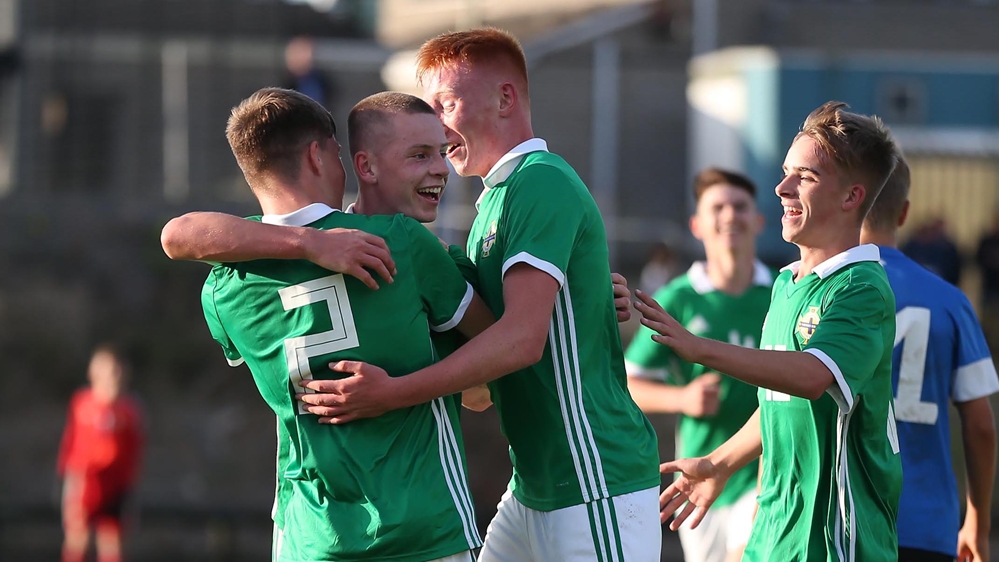 Northern Ireland’s U16s registered a comfortable 2-0 victory against Estonia’s U16s in the first of two challenge matches against the Estonians this week.

Gerard Lyttle’s team began strongly in the game at Knockbreda, with Charlie Lindsay in particular causing problems for the visitors with his pace down the right wing.

But his resistance crumbled on 27 minutes as Lindsay carved open the Estonian defence and his low cross was tapped in by Brodie Spencer from close range to put Northern Ireland one up.

Seven minutes later Northern Ireland captain Jamie McDonnell doubled the lead with a wonderful strike. The talented midfielder picked the ball up 25 yards from goal and fired an unstoppable shot past Kruusmäe into the roof of the net.

On the stroke of half-time Estonia missed a great chance to reduce the deficit when Gregor Lehtmets was brought down inside the box. The striker took the spot kick himself but Billy McDowell produced a great save low to his left to keep the ball out.

After the break Northern Ireland continued to press but it was Estonia who came closest to scoring when Romet Kaupmees broke through but his shot was cleared off the line by Michael Forbes.

In the closing stages Kruusmäe produced another outstanding save to keep out a fierce drive from Elliott Wood.

The two games against Estonia are kick-starting preparations for the Victory Shield in November when the Northern Ireland U16 Schoolboys will be looking to retain the trophy. 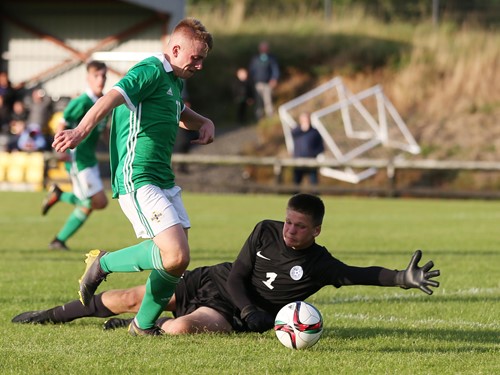 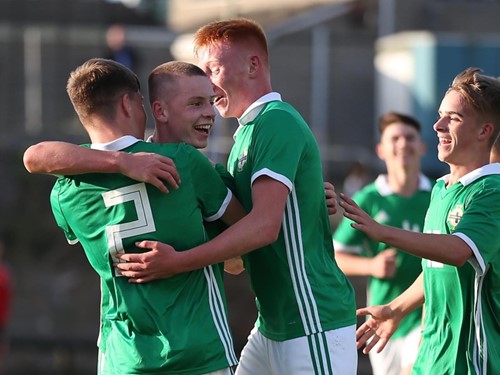 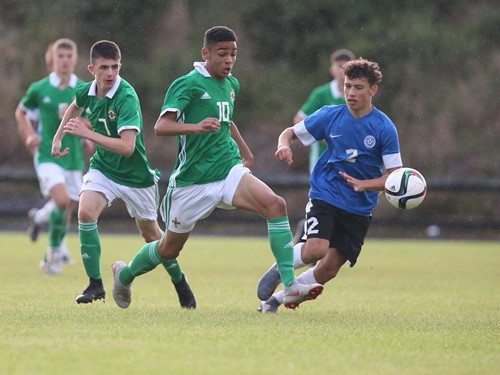 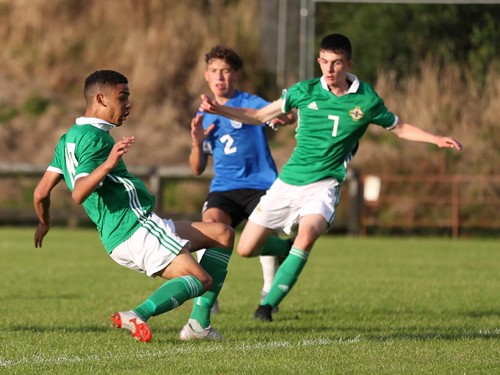 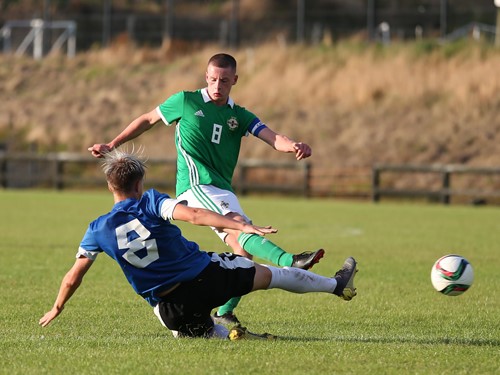 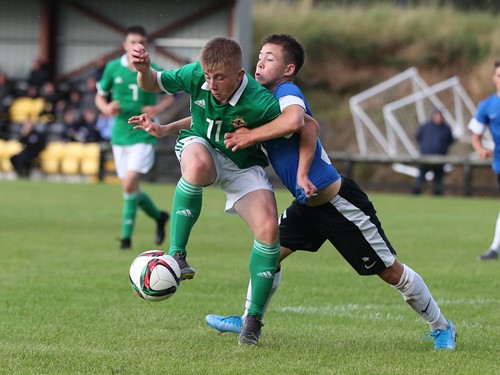 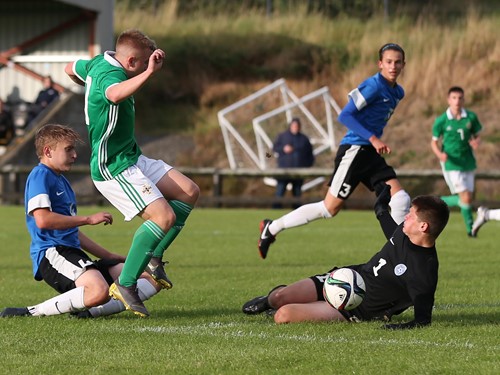 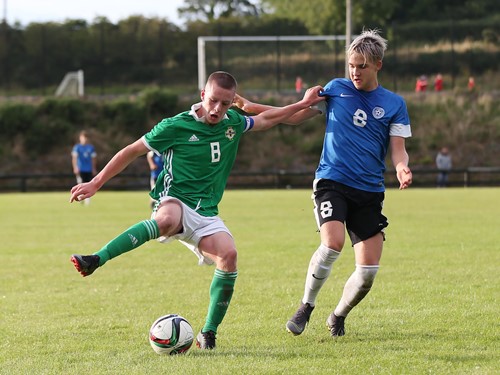 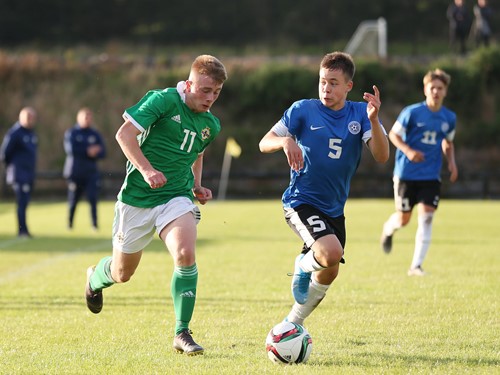 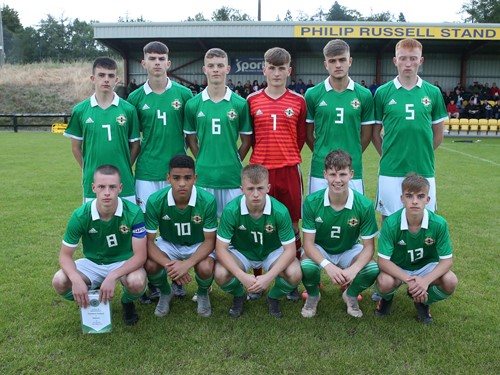 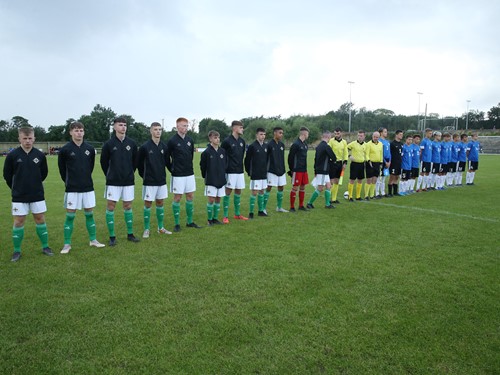 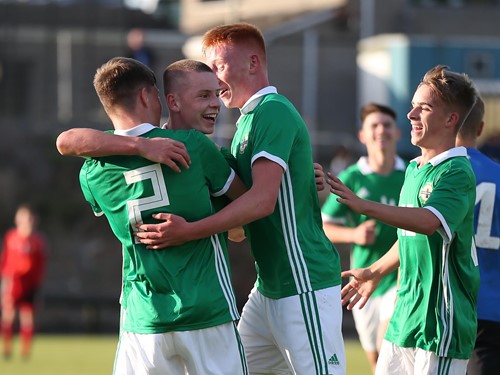 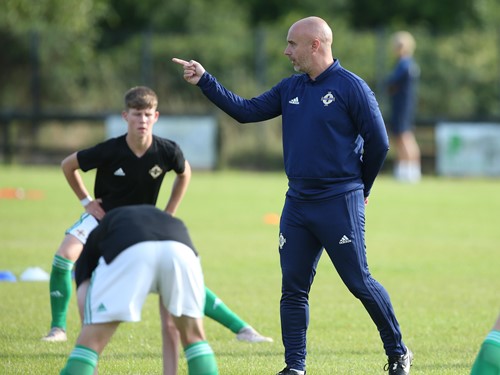 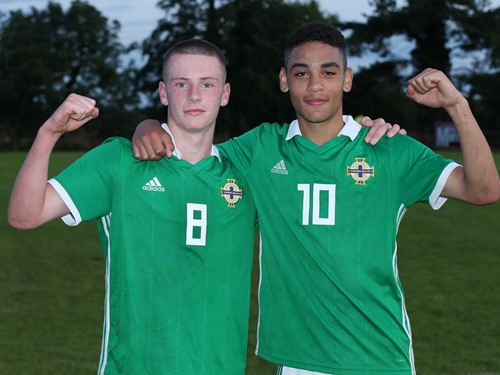