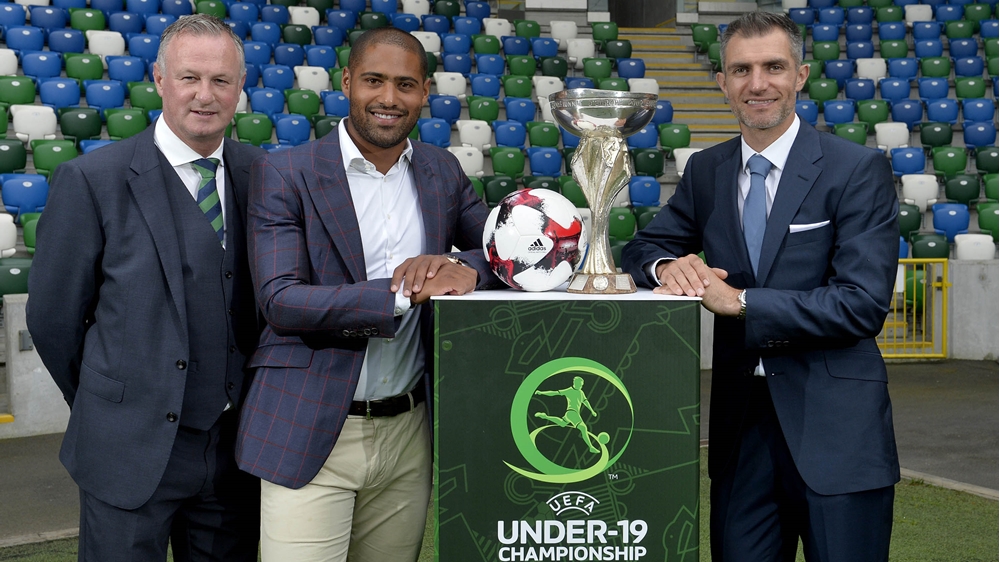 Johnson, who also counts Chelsea and West Ham among his former clubs, linked up with tournament ambassador Hughes as the countdown to the competition got under way.

Rising stars of European football are set to play at the event which will feature up to 16 matches over 14 days. There will be 12 group matches, two semi-finals and a final – plus there’s scope for a play-off following the group stages if required.

Click on the image above to watch our video from the launch.