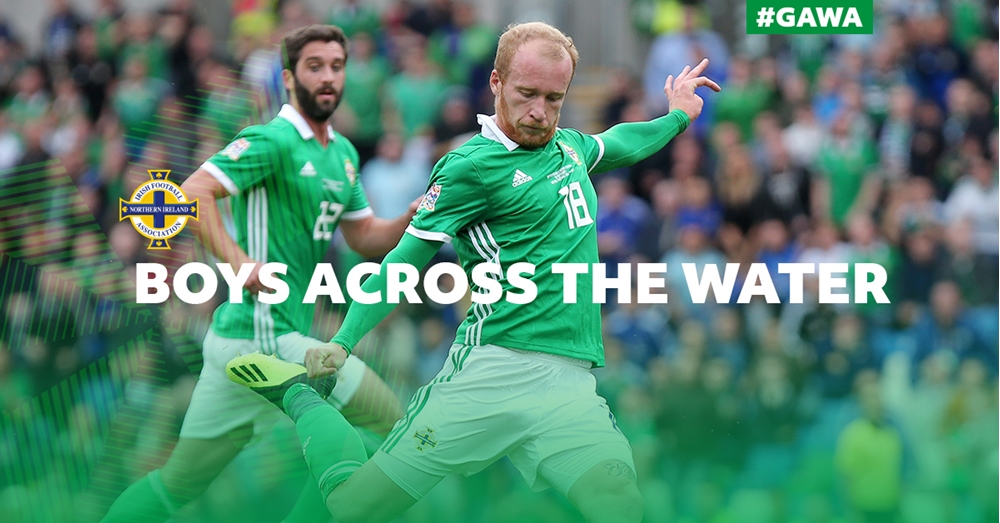 Northern Ireland striker Liam Boyce may not have got on the scoresheet in Burton Albion’s impressive 4-2 victory at Oxford United, but he still earned praise from his boss Nigel Clough for his all-round performance at the Kassam Stadium on Tuesday night.

Boyce’s strike partner, Scott Fraser, bagged a hat-trick in the Brewers’ second victory of the season, but Clough admitted the former Cliftonville man played a huge part in Burton claiming all the three points.

“I thought he played as well as anybody tonight,” declared Clough. “We said how disheartening it can be sometimes for a centre-forward to play like that and not get a goal, and he had opportunities late on.

“But he certainly helped the team get the points tonight.”

Elsewhere in League One, former Northern Ireland under-21 striker Dion Charles scored his first goal for Accrington Stanley in their 3-2 defeat at home to Shrewsbury Town.

The 23-year-old, who Accrington signed from Southport last week on a two-year deal, hopes his goal can now help him gain a starting role for the upcoming game against Fleetwood at the weekend.

“We’ve got four good strikers at the club including myself,” stated Charles. “The manager makes the decisions on the day but hopefully I’ve done enough during the game to put an influence on his mind.

“I was quite happy with my performance, I feel as though I grew into the game as it went on and luckily I got a goal to finish it off.

“Obviously it’s great to get my first Football League goal but letting the lead slip has just took the edge off it a bit.”

Also on the scoresheet in midweek were midfielder Callum Camps who scored his third of the campaign in Rochdale’s 2-1 reverse at home to Sunderland and central defender Rory McArdle who netted twice for Scunthorpe United who went down 3-2 at Cambridge United in League Two.

Also in League Two, Ben Kennedy made a surprise return to the Stevenage squad following his knee operation over the summer which was expected to keep him out for up to three months.

The 22-year-old came off the bench on the hour mark in Stevenage’s single goal defeat at home to Bradford City.

Meanwhile, Stuart Dallas left the field injured as Leeds United remained top of the Championship with a narrow one-goal success over the winger’s former club Brentford on Wednesday evening.

United coach Marcelo Bielsa, who named under-21 midfielder Alfie McCalmont on the bench, reported that the club were still awaiting news on how serious the injury was to the former Crusaders player.