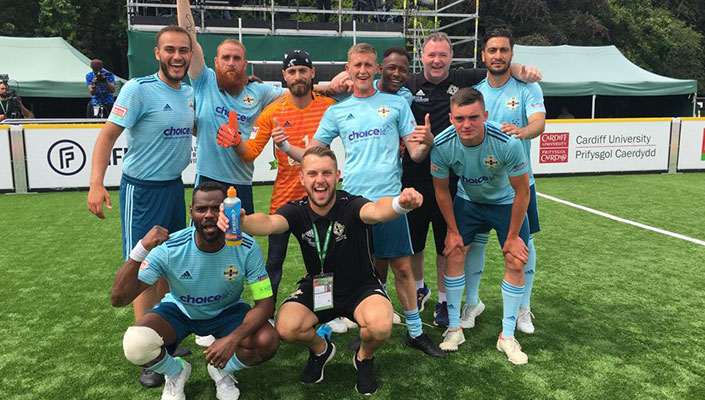 After a week of competition in Cardiff, both Men's and Women's teams ended on a high at the Homeless World Cup.

It has been an up and down week in terms of results for both teams with the Women finishing bottom of their group but recorded credible wins against Sweden, SFU and were narrowly defeat by Belgium in their semi final placement match.

The Men's team were unfortunate not to be playing for first place in the Dragon Cups section after a narrow 7-6 defeat to Germany before beating South Korea and England to fifth place.

To find out more about both teams' experience at the Homeless World Cup in Cardiff, watch the video above.