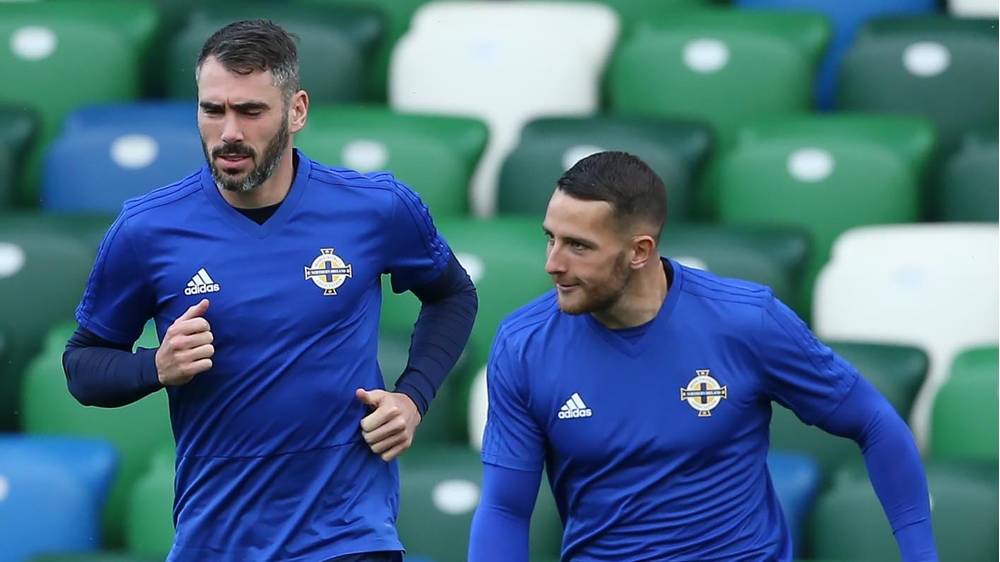 Conor Washington finally opened his goalscoring account for Hearts when he netted the winner from the penalty spot in their third round Scottish League Cup victory over Motherwell on Friday evening.

The former Sheffield United striker, who signed a two-year deal with the Edinburgh outfit in the summer, also set up the opener for his international colleague Michael Smith as Hearts won 2-1 against Stephen Robinson’s side.

“It gets the monkey off the back and hopefully it’s the start of a good run,” said the 27-year-old striker.

“I’m still getting up to speed. I didn’t really get a full pre-season. The way I play, getting a run of 90 minutes will help me get fit and it has been more about that but obviously goals are nice as well,” he added.

Meanwhile, Michael Smith, who scored his first of the season with a left-foot screamer five minutes before the break, believes the goals will start flowing for Washington now he’s got off the mark.

“Conor Washington is a tremendous signing,” said Smith. “I genuinely didn’t think we could bring him up here and that someone down south would have snapped him up.

“But I had a few words in his ear, he decided to come and after his goal I think the floodgates will open for him.

“He also played me in for my goal. It was about time because I made about 11 or 12 for him when we were at Peterborough and got him a £3 million move to QPR!”

In the Championship Stuart Dallas helped Leeds United to a 2-0 win at Wigan Athletic to keep them top of the table, albeit on goal difference, however, Middlesbrough, with a rejuvenated Paddy McNair in their team, slumped to their second defeat in three games after going down by a single goal at Blackburn Rovers.

“Last year we did play a very defensive, long ball style of play,” admitted McNair, who is now playing in his more favoured midfield role. “This year it’s a pressing game, we want to keep the ball and move it forward.

“Blackburn were very direct and in the first half we fell into the trap of going direct as well, forcing it too fast as well."

There was some disappointing news for international boss Michael O’Neill after it was reported that defender Daniel Ballard had returned to Arsenal from his loan spell at Swindon Town after he sustained a knee injury which could keep him out of action for up to four months.

Also on the scoresheet over the weekend were Rory McArdle and midfielder Matty Lund who both found the net for Scunthorpe United in their 2-2 draw at home to Crawley Town in League Two.

Striker Dion Charles made his debut for Accrington Stanley, whom he joined on a two-year contract last week, when he came on as a substitute in their draw at AFC Wimbledon.

Finally, there were assists over the weekend for Rangers winger Jordan Jones in their League Cup tie at East Fife, Paul Smyth of Wycombe Wanderers and Blackpool’s Jordan Thompson.